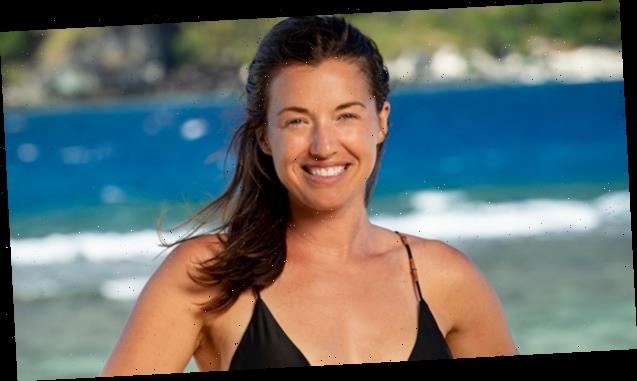 It’s been ten years since Parvati Shallow played ‘Survivor,’ but she’s back for season 40 — and she’ll no doubt have a big target on her back due to her prior success in the game!

Parvati Shallow made the difficult decision to leave her ten-month-old daughter at home and return to play Survivor for a fourth time in 2019. She’s one of 20 former Survivor winners who’ve returned for an all-star season, Survivor: Winners At War, which airs on Feb. 12. Parvati is one of the most legendary and highly-regarded Survivor players of all-time. However, she hasn’t played the game in 10 years, and she’s a very different person from who she was the last time she participated, so she’ll certainly have a lot of adapting to do. Here’s more to know about Parvati:

1. When has she played ‘Survivor’? Parvati made her first Survivor appearance on Cook Islands (season 13) in 2006, when she was just 23 years old. She was in a majority alliance, but they fell short after the four players in the minority alliance dominated the second half of the game. She finished in sixth place, then returned for season 16, Survivor: Micronesia (the first Fans vs. Favorites season), in 2008. Parvati quickly emerged as a strategic and physical threat. She formed a powerful all-girl alliance with Cirie Fields and Amanda Kimmel, and helped spearhead one of the most legendary moves in Survivor history — getting Erik Reichenbach to give up his immunity necklace at the final five, then voting him out. Parvati wound up winning the game.

She came back for Heroes vs. Villians (season 20, in 2010), and aligned with one of the most controversial players in Survivor history, Russell Hantz. She made gutsy moves all season long, including giving up TWO of her hidden immunity idols to save other members of her alliance. She made it to the final three with Russell and Sandra Diaz-Twine, but fell short of a second win when Sandra beat her with a 5-3 vote.

2. She’s married to another ‘Survivor’ alum. Parvati is married to John Fincher, who was on season 19, Survivor: Samoa. They started dating in 2014, and were engaged by the beginning of 2017. They tied the knot that July, and Parvati gave birth to their daughter in July 2018 — less than one year before filming Winners at War!

3. She was supposed to be on a different reality show first! Parvati actually auditioned for a different show before she went on Survivor — The Amazing Race! She didn’t make the cast for the show, but when producers reached out to her about appearing on Survivor instead, she happily accepted.

4. She has a college degree. Parvati has a Bachelor’s degree in Journalism from the University of Georgia. She graduated in 2004.

5. She works as a life coach. Since 2012, Parvati has worked as a Professional Life & Business Coach. She uses her platform to help people “tap into and expand their inner power to transform their lives,” according to her LinkedIn. She’s also a certified yoga instructor.