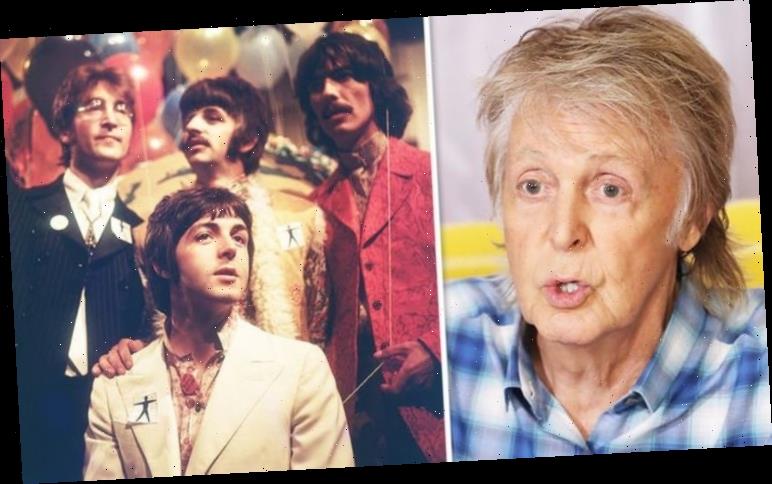 The Fab Four’s lives were changed forever after being interviewed on The Ed Sullivan Show in the Sixties. The Liverpool band, who already had a large following in the UK, finally broke the US and soon after the so-called “Beatlemania” began. Sir Paul, John, George Harrison and Ringo Starr were regularly mobbed with fans all eager to catch a glimpse and to touch the legendary band.

But a few years into their newly-found success, public opinion changed towards The Beatles after John made a remark about religion.

In 1966, he made a comment to The Evening Standard about the band being “more popular than Jesus”.

Instead of being greeted by hysterical fans screaming in adoration, their tour buses were attacked, some radio stations refused to play their songs and mobs burned their records.

Protesters held up signs condemning The Beatles, including one that read: “Jesus died for YOU, John Lennon.”

A second read, “God save the Beatles” and a third added: “Jesus loves you, do The Beatles?” 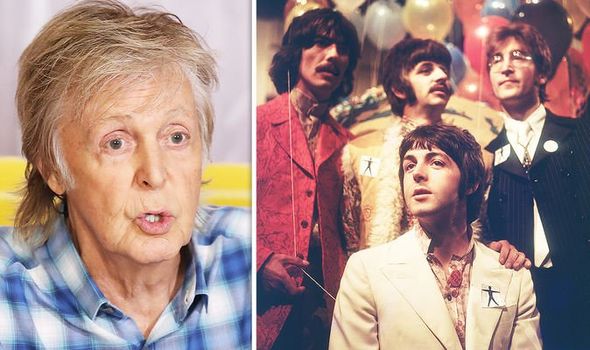 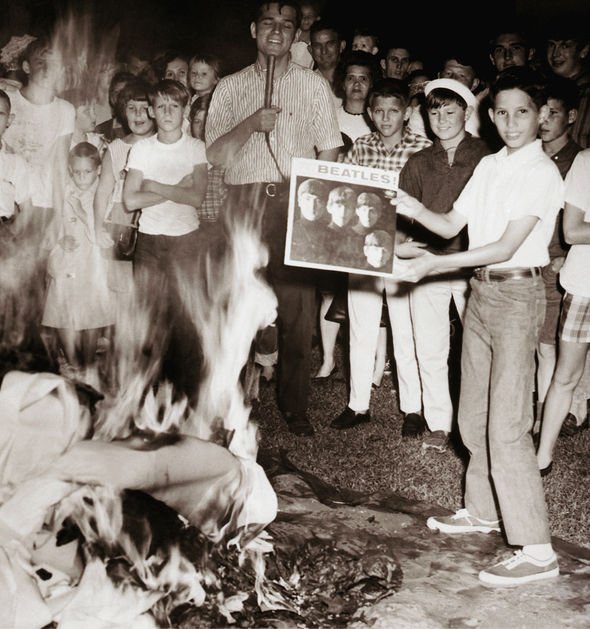 Sir Paul recently revealed that the backlash to John’s comment was “one of the only times” he noticed his bandmate was “nervous”.

In December, the 78-year-old claimed that John’s words had been taken out of context and gave a different side of the story.

On The Adam Buxton Podcast, the host reminded Sir Paul of “the whole furore” after that quote and asked whether it made him “despair a little”.

Sir Paul said: “The John thing got to us and mainly got to him because it was taken out of context.

“He was actually saying some quite positive, optimistic stuff.” 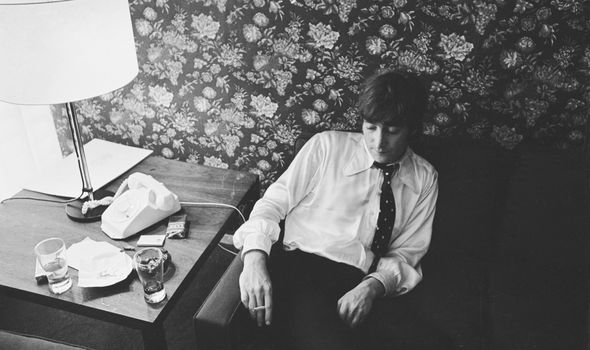 John’s slip of the tongue came after he was asked about “the popularity of The Beatles”.

Sir Paul recalled: “He was saying, ‘You know, the thing is, all the churches these days are empty.

“‘No one is going to church, like when we were kids people went to church’.

“But in his point that ‘No one was really going to church’, he said ‘You know, we get more people at our concerts than ever go to church’.

“He said, ‘In fact, we’re more popular than Jesus’. 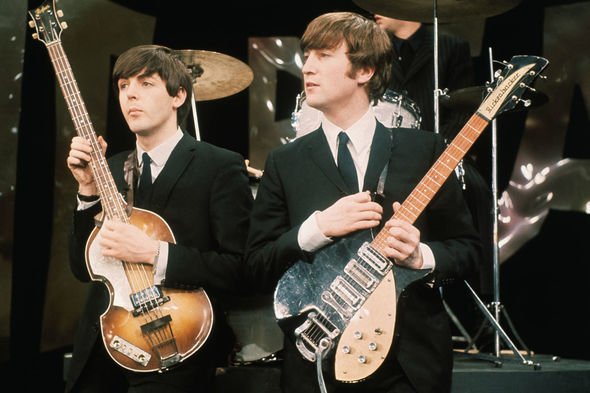 “It was just a throwaway remark, referring to the fact that it was a pity that people didn’t go to church and [were] losing that social aspect.”

Sir Paul explained that the comment “did not go down well” when it reached “America and the Bible belt”, a series of religious states in the south.

He recalled “many a moment” where he felt they were in danger because of John’s “throwaway remark”.

Sir Paul said: “I remember once on the tour bus, like when you see footballers arriving for a match, where they were all there at the windows. 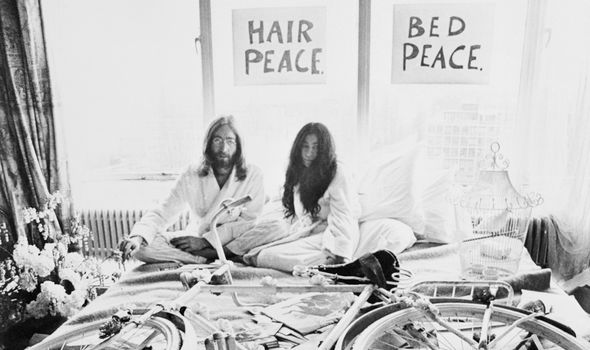 “Looking out at the crowd, I remember this young – couldn’t have been much more than 12 or something – boy [with] blonde hair banging on the windows.”

Sir Paul claimed the youngster was “furious about what we had said” and the band felt like they couldn’t say, “No, what I meant was…”.

Sir Paul continued: “You just had to put up with it, so that was pretty worrying actually, particular because that wasn’t what John had meant to say.

“One of the only times I saw John nervous was when he had to answer that question at a press conference.

“He had an answer for it, which was that he was actually being positive about religion.

“But he had to play the game and be very serious about it, I think that made him a bit nervous.”

John apologised at the press conference at the Aston Tower Hotel, in Chicago, nearly six months after the remark was published.

He said: “I suppose if I had said, ‘Television was more popular than Jesus’, I would have got away with it.

“I’m sorry I opened my mouth – I’m not anti-God, anti-Christ or anti-religion. 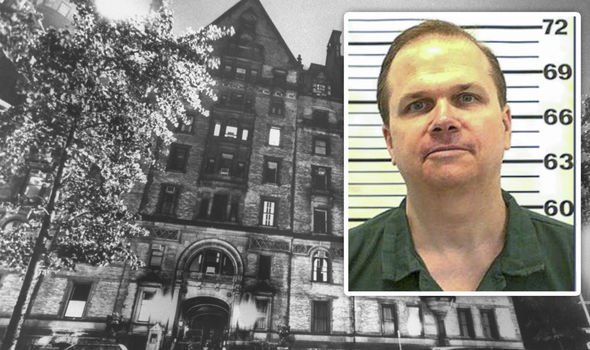 “I was not knocking it, I was not saying we are greater or better.”

But Paolo Hewitt’s 2012 book, Love Me Do: 50 Great Beatles Moments, told a different side of the story.

Mr Hewitt claimed that John did not want to apologise – which was collaborated by his ex-wife Cynthia Lennon – but he was forced to by the band’s manager Brian Epstein.

In the 2016 book, Beatles ‘66: The Revolutionary Year, Steve Turner argued that John was “distressed” over putting his bandmates’ lives at risk.

Mr Turner claimed that John felt guilty and broke down in tears while he prepared for the press conference. 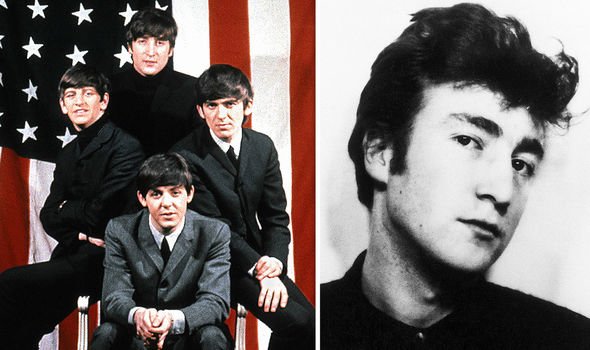 Sir Paul noted that The Beatles tried to console and help John because they understood the true meaning of what he had said.

He recalled: “We all read the article, so we knew how it had happened on that occasion.”

Mr Buxton, the podcast’s host, asked if there was “ever a moment” where one of them lashed out and said: “Why did you have to say that?”

Sir Paul replied: “No, not really… no definitely, we stuck together.”

Sir Paul McCartney was interviewed on The Adam Buxton Show, which was released on December 11. It’s available to listen to here.