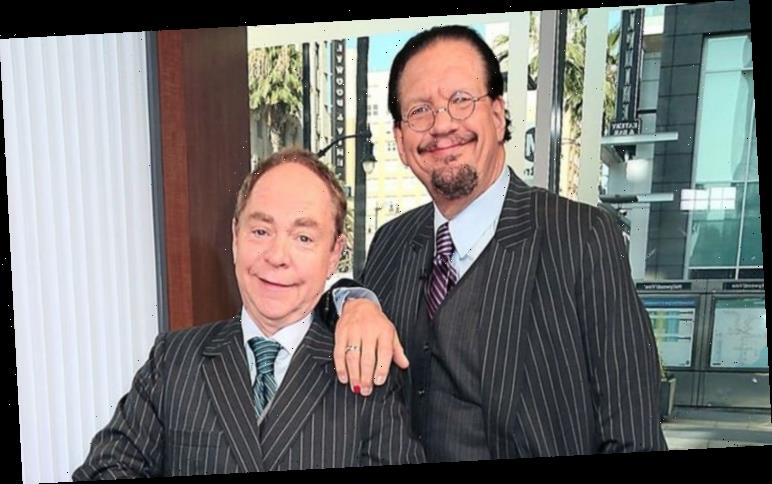 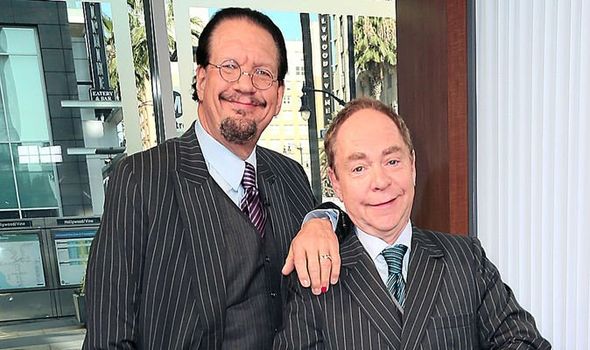 Penn laughs as he likens Penn & Teller’s alliance with the Goes Wrong comedy team to “an arranged marriage”. It started three years ago in London when his children, Moxie and Zolten, who were then 12 and 11, wanted to see a show.

“When I go to the theatre I like to see something long and seriously depressing,” he says. “But my family wanted a comedy…”

They stumbled into Mischief Theatre’s The Play That Goes Wrong and loved it. Teller, Penn’s small, silent sidekick, went backstage and got talking to the brains behind the company – writers Henry Lewis, Jonathan Sayer and Henry Shields.

“They said they were interested in doing a similar magic-themed play,” says Penn, 64. “And then it got scary. It was like an arranged marriage. There was no time for flirtation or dating. Before we knew it we were eating pancakes with them in Vegas,” – where Penn & Teller have had a residency at the Rio hotel for 20 years – “and we were writing a show with three people we didn’t know.”

Working with them “feels like we’re working with Monty Python in 1975”, he says. Really? The Mischief-makers and their Goes Wrong productions are more about basic slapstick than Python’s Milligan-esque surrealism.

“They’re that funny and inventive and hard-working, and so creative… they constantly come up with great ideas,” he says.

The result is the new West End hit Magic Goes Wrong. “We’re trying to do something extremely hard – to deliver on the title and still deliver as a magic show,” he says. “So we have to always have two tricks – the trick that goes wrong and the trick that tops it.

“We gave the cast real hard magic to do. They weren’t just actors doing a bit of magic, we had to turn them into magicians. It’s remarkable how good they got.” 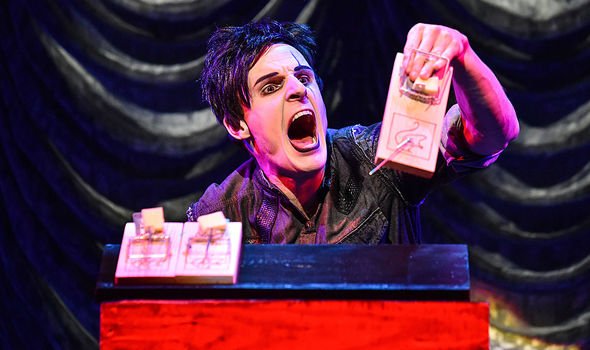 I suggest the project is closer in feel to Tommy Cooper. “He was great,” says Penn. “But he was an act. This is a whole show with an internal play and different textures.”

Penn, 6ft 7in, is a big man although he’s shed more than 7st on a radical all-potato diet.

Born in a small Massachusetts factory town, he is a political libertarian and life-long maverick. He grew up listening to Dylan, Hendrix and Zappa until our own Sex Pistols converted him to punk.

He became friends with the Ramones and dated Debbie Harry for three years in the late 1980s.

Penn was especially close to Lou Reed. “One night after our show in New York, I went out with Lou, David Bowie and Iggy Pop and they spent the whole night talking about me never doing drugs or drinking,” he recalls. “They couldn’t get their heads round it.”

He played bass guitar in avant-garde art collective the Residents and often, after appearing with Teller on Broadway, he’d jam with punk bands at New York club CBGB.

The duo applied punk’s energy and insubordination to their stagecraft, creating “a magic show for people who don’t like magic shows”. Old school magicians were horrified by their tendency to give away trade secrets but TV lapped up their brash, rule-breaking approach. 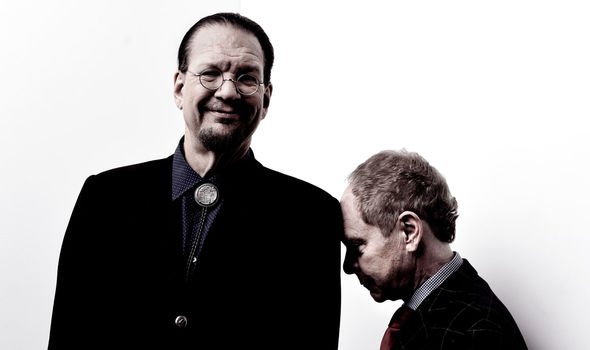 They have appeared on everything from Letterman and Saturday Night Live to The Simpsons – via a guest spot on The West Wing.

Deception is a huge part of their shtick. “We like to give the impression that things are about to go wrong spectacularly and dangerously,” Penn grins. “But accidents do happen. We were doing a show debunking myths – in this case that piranha fish are dangerous to people.

“We had this big tank of piranhas which Teller was dangling his feet into. But one piranha that hadn’t got the memo went up and bit his toe pretty badly.”

“I spent a lot of time with Trump and he was very good at that job – he was capricious and unpredictable and vain, all qualities that are perfect for reality TV and completely wrong for a president.”

They fell out spectacularly when Penn likened Trump’s hair to candy-floss made of urine (but not so politely).

The future President struck back by describing Penn as a “boring guy” and claiming that his hit Broadway show was “terrible”. 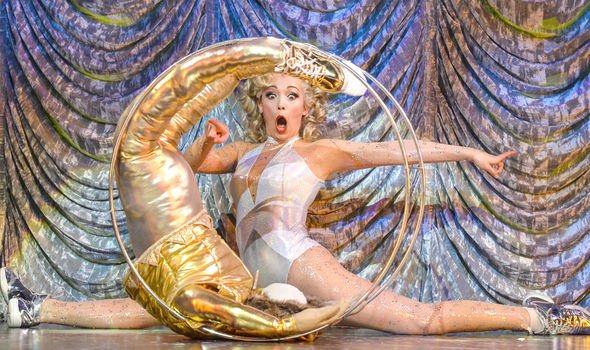 Penn chuckles as he recalls, “I was listed above Hillary Clinton on his hate list. I’m appalled that he’s president.”

Unlike other Vegas acts, the duo change their show annually and constantly write new material.

Even after 45 years together they’re always searching for something smarter and funnier.

Hence their interest in Mischief, whose Goes Wrong world expands constantly – they currently have a BBC One TV series.

Acclaimed filmmaker JJ Abrams directed the Broadway version of The Play That Goes Wrong and Penn is convinced that Magic Goes Wrong will follow it across the Atlantic with only a few adjustments.

He loves Britain’s “wonderful” Derren Brown but says the next big international magic star will “probably be female”. He adds: “Magic is traditionally male but we’ve done everything we can to make it a comfortable environment for women – not as assistants or just dressed in a provocative way, but as magicians. 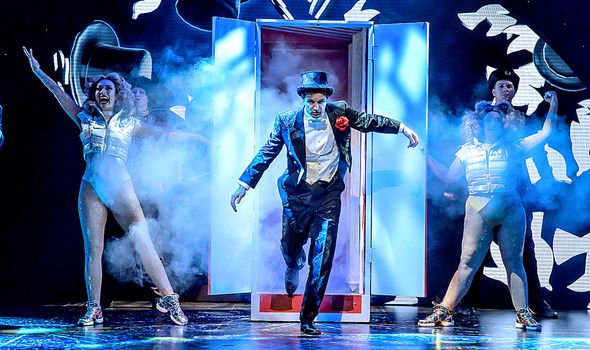 “Normally on our TV show Penn & Teller Fool Us only one in 12 acts foxes us but we had five women recently and all of them fooled us.

“I believe the reason is their thinking was new to us, so we couldn’t figure out their approach. Female magicians are coming through and they are excellent.

“I think we are going to see in magic what we have seen in comedy. Within five years the number one magic act in the US will be female.”

One of them could be his own daughter, Moxie, 14.

“My son isn’t interested in magic but she studies it,” he reveals. “The late great US magician Johnny Thompson was her mentor. She was his youngest student. She meets Teller without me. But we practise together, we’re doing a benefit show for her school. For Christmas all she wanted was props!”