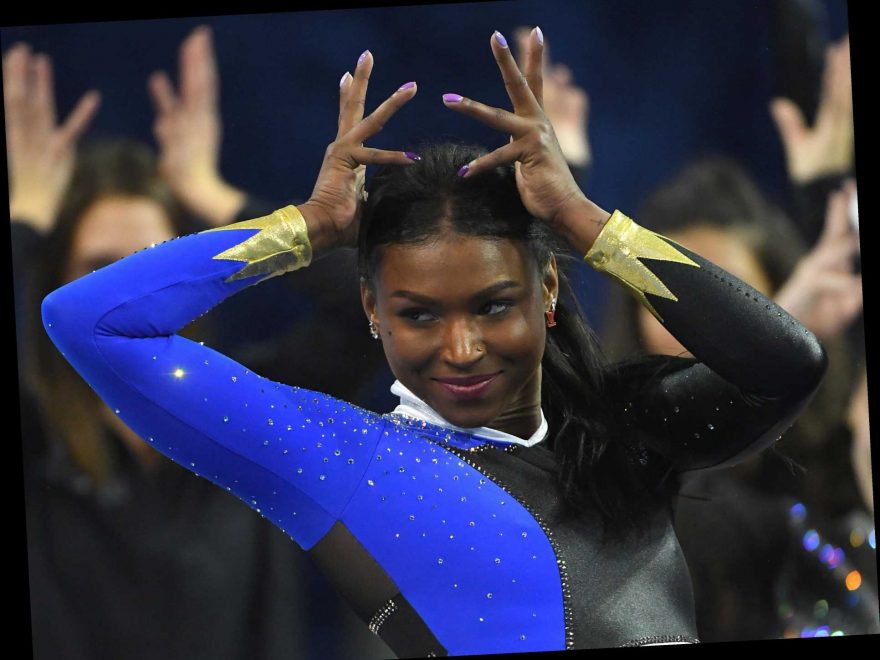 This will make you flip out.

In the clip, the college junior mashed up several of Queen B’s classics like “Lose My Breath” (by Destiny’s Child) and “Crazy in Love” all while channeling the musician’s unapologetic confidence — complete with a ponytail grab and pantomiming a crown on her head at the end.

Naturally, people fell in love with the tumbling queen when the video went viral on Twitter on Thursday night.

After the internet went bonkers for Dennis, the gymnast wrote on Twitter that she was “overwhelmed” by all the collective love.

“I am overwhelmed with happiness and joy,” she wrote. “Thank you everyone for such positive messages, it means the world to me to have your support. this is so surreal i can’t even believe it!”

According to ESPN, Dennis scored a 9.975 for the routine at UCLA’s dual meet against Utah on Sunday — which just so happened to be Dennis’ 21st birthday as well.