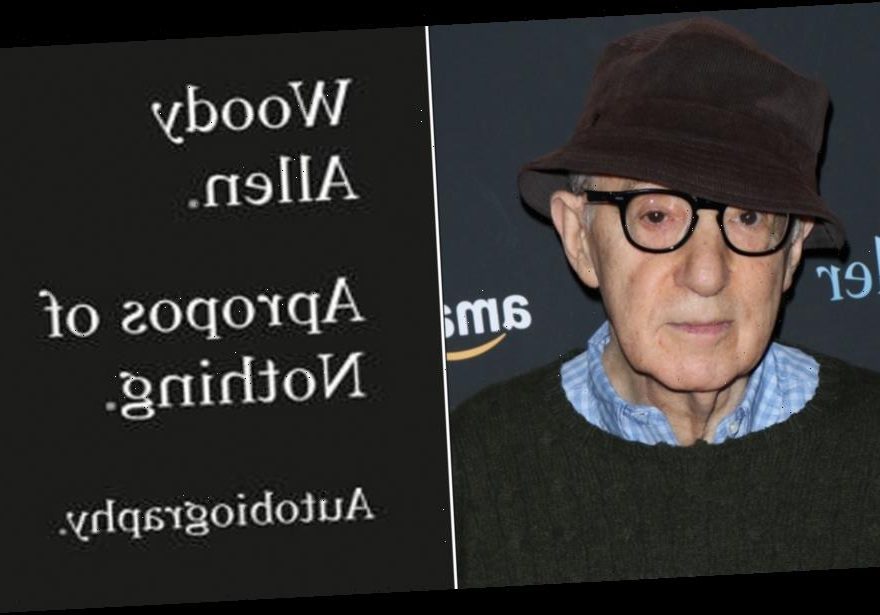 Although his latest film remains hidden from public view, Woody Allen’s memoir finally was published today and, while its first printing quickly sold out, the book exhibits the same absence of order and discipline that has haunted both his films and his personal life. Indeed, it has re-ignited a predictable torrent of criticism about the scandals without adding new information or insight.

Titled Apropos of Nothing, the memoir is actually three books: One is a hilarious account of his Brooklyn upbringing; the second is a superbly revealing analysis of triumphs and flaws in his filmmaking; and the third is a baffling and unhinged report of his personal encounters, which reads like a bad parody of a Dostoevsky novel, with subtitles by Freud. Readers might be surprised by Allen’s candor but, as he explains, “when you view something as an innocent person you relish the close looks because you have nothing to hide.”

If the book hides nothing, it also clarifies little.

The memoir, like his newest film, met with a series of rejections and last week was abruptly dropped by Hachette, only to be picked up by Skyhorse Publishing. Back in October one Hachette label published Catch and Kill, by Ronan Farrow, who threatened to cut ties to the company if it published Allen’s memoir.

A footnote: In his book, Allen reiterates that Ronan is likely his son, not Frank Sinatra’s, as has been widely accepted. Mia Farrow, who indisputably is his mother, allegedly brainwashed Ronan from early childhood to hate his father. According to the memoir, she also slept in the nude with him until he was 11 – at least according to housekeepers.

Despite the confusions and secondhand insinuations, it would have been tragic had Apropos of Nothing been buried by the omniscient career-cancellation corps. Allen himself, while condemning “guilt by accusation,” would confess: “Being a misanthropist has its saving grace: People can never disappoint you.”

The Allen-Mia Farrow relationship remains an operatic puzzle: She starred in 10 of Allen’s movies, and his memoir praises both her performances and her idealism. At the same time, the book passes along details of her abusive behavior as recounted by Moses or other children but not personally observed by Allen. Similarly, did Ronan endure painful surgeries on his legs intended to make him taller and thus satisfying his mother’s ambition for his political career? The memoir again passes this along as hearsay; as with other incidents (suicides and drug abuse). Allen, to be sure, was off making movies. Even between films, he did not actually share a residence with Mia Farrow and her family.

The fact remains that, with all his character frailties, Allen’s work has both moved and influenced generations of moviegoers and has thus achieved a unique place in our pop culture. Reviewing his work film by film, Allen seemed to dislike his best pictures, like Manhattan; was perplexed by the critical adoration of Annie Hall (he declined even to appear at the Oscars); and in general was contemptuous of his fans. Although he venerated Bergman and Fellini, he was, in his own mind, “a comic without a neuron of intellect who loved making movies.”

Allen reminds readers that as a kid in Brooklyn, he was appallingly disinterested in good literature but loved sports, especially baseball, and was a pretty good athlete. He venerated Bob Hope and had a fixation on pretty girls. In his teens he starting selling jokes to columnists, then stand-up comics and later TV comedians – even Pat Boone.

He married early, and badly, but his directing career drew him into a succession of relationships with beautiful women. He lived with Diane Keaton, and also dated her two sisters, and had chaotic relationships with an abundance of other stars and models.

His attitudes toward his work were, in a way, equally compulsive, yet disorderly. He hammered out scripts, often falling in love with bizarre premises – Fog and Shadows or A Midsummer Night’s Sex Comedy — yet he refused outside input, hated rehearsals, rarely read critics and never saw his movies once they were finished.

“Who is my audience?” he often asked himself, responding in confusion. How could they have liked What’s New Pussycat and not appreciated Stardust Memories? “I’ve been given millions to make movies, given total artistic control, yet I’ve never made a great one,” he grieves.

The Woody Allen who emerges from his memoir is at once numbingly egocentric and self-indulgent. Although he loved the process of shooting movies, he rejected the presence of anyone in his life who would ever yell “cut.” While his sense of comedy was brilliantly intuitive, most of his movies, like his relationships, were chilly — or, he put it, “I’m no fun at parties.”

Significantly, the only character who is lovingly described in his book is Soon-Yi, who embodies both warmth and smarts. To be sure, she also happened to be Mia Farrow’s adopted daughter and Ronan’s sister.

But nothing in Woodyland is simple. “As I get older I run into the same question that bugged the former prince of Denmark,” he writes. “Why suffer the slings and arrows when I can just wet my nose and insert it into a light socket?” His answer: “Rather than live in the hearts and minds of the public, I prefer to live in my apartment.”