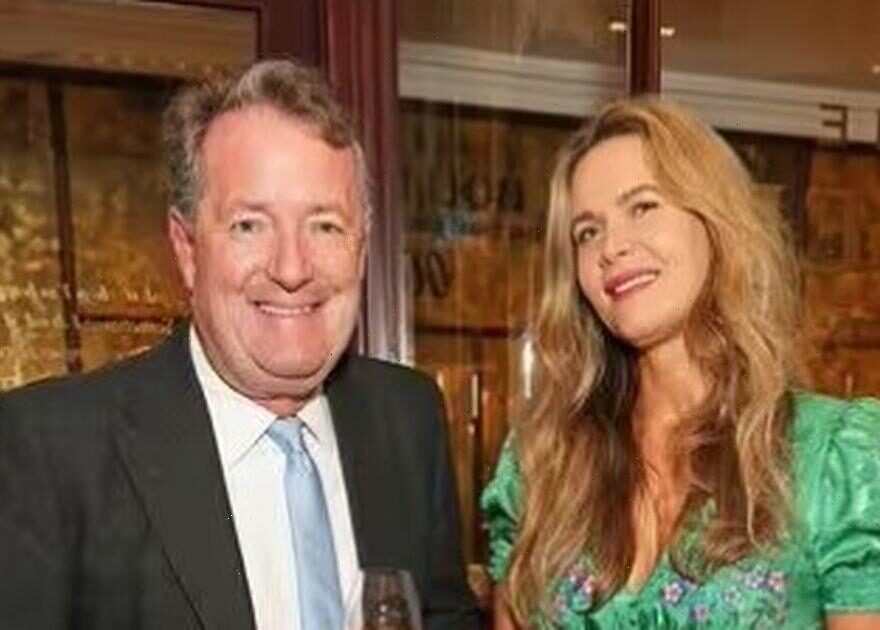 Piers Morgan has shared a racy photoshoot of his wife Celia in response to Twitter users who claim he is 'obsessed with' and 'fancies' Meghan Markle.

The TalkTV presenter is well known for his criticism of the Duchess of Sussex and it came as no surprise when the 57-year old shared his thoughts on the Harry and Meghan Netflix documentary on its release on Thursday.

Morgan blasted the new show claiming Meghan is 'nothing like Diana' in response to footage of Harry describing the pair as 'so similar'.

READ MORE: Piers Morgan says Meghan Markle is 'nothing like Diana' as he blasts Netflix show Back in the studio though Piers said in response: "Having known both women, Princess Diana and Meghan Markle, I can say with absolute certainty that they're nothing in common whatsoever. I couldn't think of two women more different."

On Friday, meanwhile, Piers shared a montage of his 47-year old wife in a series of provocative poses. One showed Celia with no top on, whilst in another she looked on seductively in an unbuttoned shirt. A third saw her sat on her bed in tiny denim shorts.

He captioned the snaps: "All the trolls raging that I only criticise Meghan Markle because I 'fancied' her & then got upset when she ghosted me… have reminded me that I forgot to publicly wish my wife Celia a happy birthday yesterday. (And yes, she knows she lucked out).

That only fuelled the trolls further, however, with one user commenting sarcastically: "Making your wife’s birthday about Meghan. Totally not obsessed."

Another wrote: "She broke his heart by marrying the prince. He is an obsession scorned."

A third added: "Hey guys remember when Piers got so triggered by people saying he fancies Meghan Markle that he tweeted a photoshoot of his wife from 14 years before he married her as “evidence” that he doesn’t fancy Meghan? Good times."

And a fourth said: "Confirmation, if it was needed, that Piers still smarts at being ghosted by Meghan."