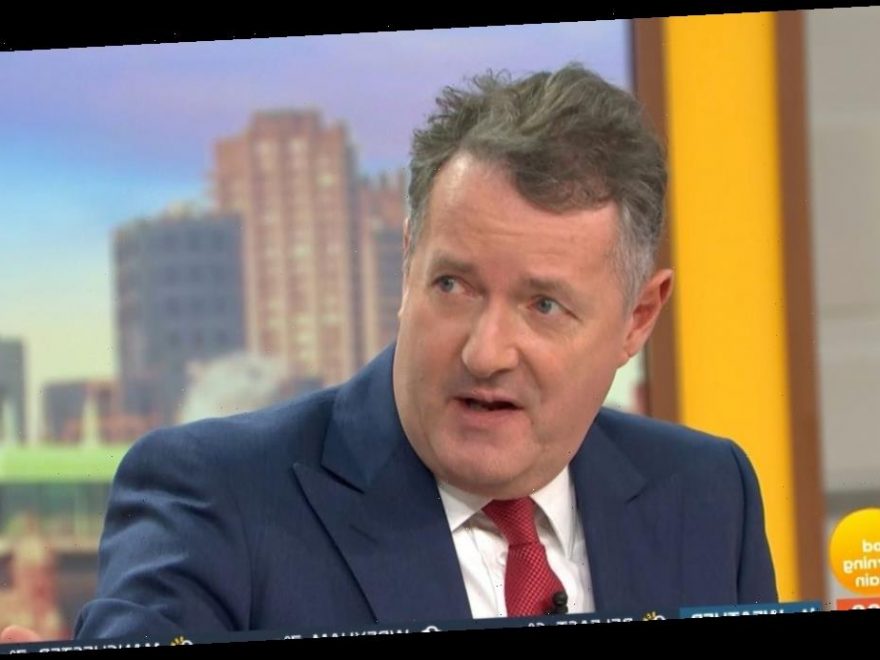 Piers Morgan has weighed in after last night's The British Academy of Film and Television Arts (BAFTA) awards have been slated for lack of diversity with its nominees and winners.

During Monday's episode of Good Morning Britain, Piers took aim at the Australian beauty, 29, after she was given two nominations in the Best Supporting Actress Category – yet no women of colour were up for a gong.

The outspoke journalist said the Wolf Of Wall Street star is a 'talented' and 'glamorous' actress yet she has not given 'the worlds greatest performances' and that some 'black actress' didn't get a look in.'

He said during the morning show: "Margot Robbie was nominated twice in the Best Supporting Actress.

"I have watched both the films she is in, one is Bombshell I think and the other one the Hollywood thing with Brad Pitt.

"She is perfectly OK in both the films these aren’t the worlds greatest performances!

"You don’t come away thinking wow Margot Robbie, I think she is a very good actress, very glamorous and everything else and very talented but however these are not seminal acting parts she is getting nominated for and yet there were some black actresses like Lupita Nyong'o who did not get a look in!"

Last night Prince William raised concerns about a lack of diversity when speaking at the BAFTAs.

The Duke of Cambridge , 37, made the remarks regarding the Film industry when presenting the BAFTA Fellowship award to Star Wars franchise producer Kathleen Kennedy.

The Duke, who has been President of BAFTA since 2010, said: "Both here in the UK and in many other countries across the world we are lucky to have incredible film makers, actors, producers, directors and technicians – men and women from all backgrounds and ethnicities enriching our lives through film.|

However, Prince William warned that there was still a great deal of work left to be accomplished in regards to diversity.

He added: "Yet in 2020, and not for the first time in the last few years, we find ourselves talking again about the need to do more to ensure diversity in the sector and in the awards process – that simply cannot be right in this day and age!"

"I know that both Pippa, Chair of BAFTA, and Amanda, BAFTA CEO, share that frustration and continue to work tirelessly to ensure that creative talent is discovered and supported," he continued. "BAFTA take this issue seriously, and following this year’s nominations, have launched a full and thorough review of the entire Awards process to build on their existing work and ensure that opportunities are available to everyone."

American star Laura Dern walked away with the award for Best Supporting Actress at the 2020 BAFTAs for her performance in Marriage Story.

BAFTA has been forced to review voting processes for next years ceremony after no actors of colour were nominated in the main acting categories this year.

No female film makers were up for the category of best director for a seventh year in a row, leading to pressure for the organisation to add more diversity to its programme.

Fury surrounding the announcement of the short list has led BAFTA organisers to look at the voting system, in a bid to change the process in subsequent years.

The head of Bafta’s film committee explained to Variety that what would follow is a “careful and detailed review within and outside the membership”.

An email sent by the chief executive of Bafta also explained the current nominations as "frustrating".

“We will review all aspects of our voting process, listen to all interested parties, and tackle what more needs to be done to address the root cause of underrepresentation in our nominations,” organisers said to voters.

Re-assessment and changes are set to be put in place before voting starts for the 2021 awards ceremony.