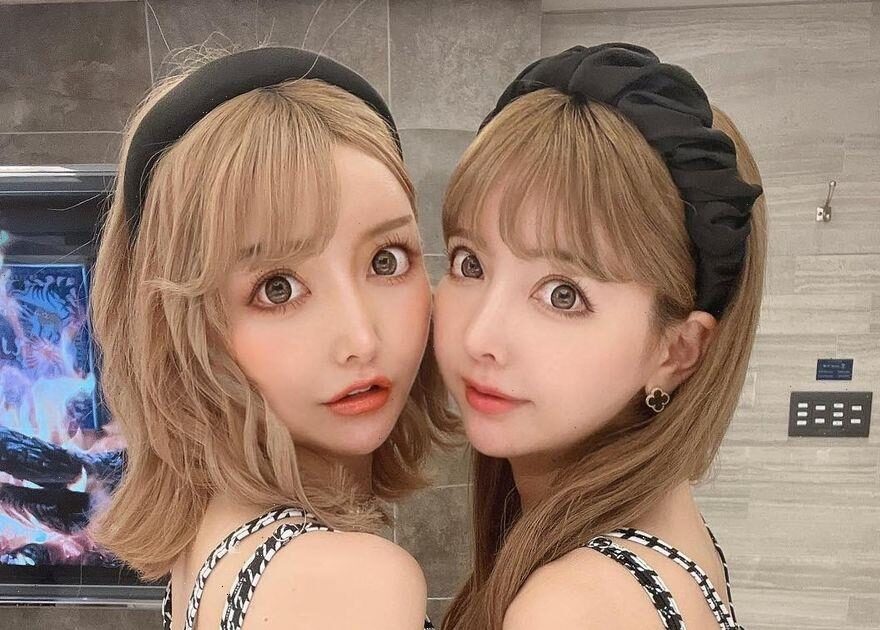 Twin sisters who splurged on plastic surgery to try and achieve the "perfect look" have stunned people with their transformation.

Chie and Chika Yoshikawa are famous in Japan for going under the knife to try and achieve the image they desire.

But when you compare what Chie and Chika looked like in their early twenties to what they look like now – at 34 – you would think they're completely different people.

It's no secret that make-up plays a big role in their transformation when you look at their Instagram and Twitter snaps, but the shape of their eyes, their noses and even their faces have totally transformed.

According to reports, the two sisters have spent around 40 million yen (£248,000) on cosmetic procedures.

These range from filler injections and face lifts to multiple nose jobs and double eyelid surgery.

Even though the duo had to experience a lot of pain and recovery time as a result – they don't regret a thing.

Chie and Chika claim their obsession with changing their faces started way back when they were children, as people always used to compare them.

It's said the constant comparisons led to having a big impact on their mental health, and they ended up looking in the mirror to study their faces to try and identify the flaws.

As soon as they were old enough they realised that going under the knife was the simplest way to enhance their image.

But, the twins didn't undergo the same procedures, so not everything is the same.

Together they’ve manage to spend around £248,000 in medical bills, and they have no plans to give up.

Chika’s most recent procedures saw her having fat removed from the corners of her mouth.

She's also had the fat removed from between the cheekbones and the nasolabial folds.

Meanwhile Chie invested in fixing the sunken areas below her eyes and cheeks, and this was done by injecting fat tissue under her skin.

The sisters did start out by having the same procedures, because they grew tired of the constant comparisons, so the goal was to look identical.

As time went on they realised they had very different beauty ideals, so the plan altered slightly.

They both think going under the knife changed their lives for the better, but they admit it's possible to go too far.

When they began sharing photos of themselves on social media, one person called Chie "pig nose", and she really took the hurtful comment to heart.

This led her to ask her plastic surgeon to lower the tip of her nose and shorten a section of the philtrum.

When she shared the updated look with her followers, some people said things like "it’s a mistake, it was better before", so she continued to tweak her look to try and keep other people happy.

In the end she underwent around five consecutive operations, but it got to a point where she realised she was never going to satisfy everyone.

And what's more – she learnt she didn't need to.

Now Chie and Chika say they have come to learn that beauty standards and trends are always changing.

They just focus on things that make them feel good about themselves.