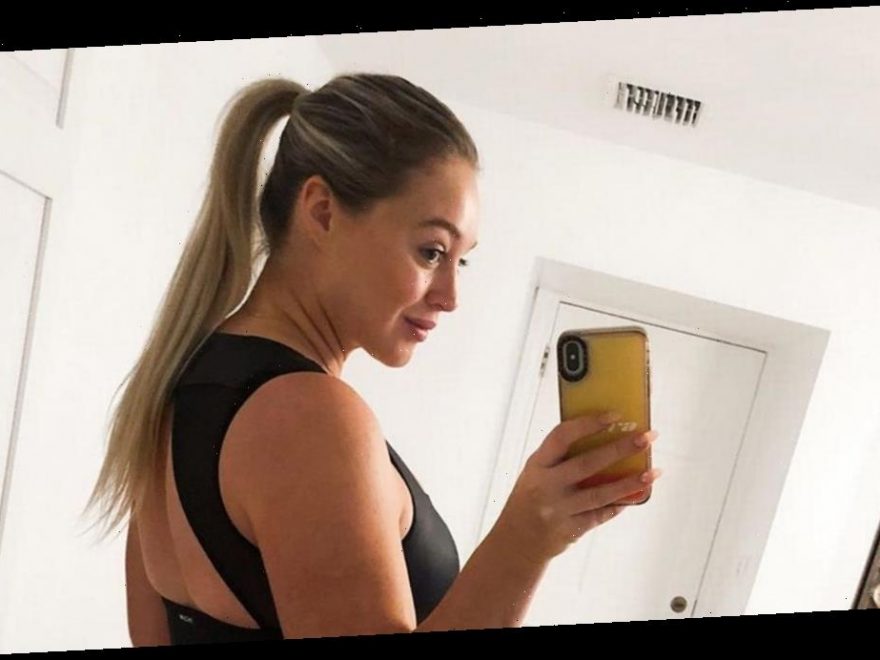 Iskra Lawrence is the ultimate pin-up, and she never fails to wow with her Instagram posts.

And the plus-size model, who is seven months pregnant, has completely embraced her pregnancy curves and has been showing them off on social media.

The star, who boasts 4.5m Instagram followers, has been wowing with her body-confident posts, as she documents her pregnancy journey.

And one of her latest offerings certainly didn't disappoint.

The stunning starlet looked sensational, as she donned a minuscule G-string, which showed off her bodacious booty, much to the delight of her following.

Iskra, 29, paired the tiny pants with a sports bra, which showed off her pregnancy bump in the second near-identical picture she shared.

She pulled her blonde locks into a sleek ponytail, which fell past her chest.

Iskra went au naturale in the makeup stakes, allowing her natural beauty to shine through.

She captioned the post: "My lovely lady bumps… in the back and in the front

"Seven months never felt so," followed by a flame emoji.

Fans flocked to shower praise on the two sizzling snaps.

One follower gushed: "Get it baby mama. Looking it fire!

While another continued: "Baby, has you looking even more healthy."

In November last year, Iskra and her boyfriend Philip Payne, who is a music producer, revealed they were expecting their first child together.

The couple met in January 2018 at a Grammy Awards party after Philip had described Iskra as his dream woman.

Iskra has used her platform previously to talk about the horrific racist abuse herself and Phillip have been subject to.

Firing back at the comments in January last year, Iskra shared a poem about racism and said she hoped it would "spread some kindness".