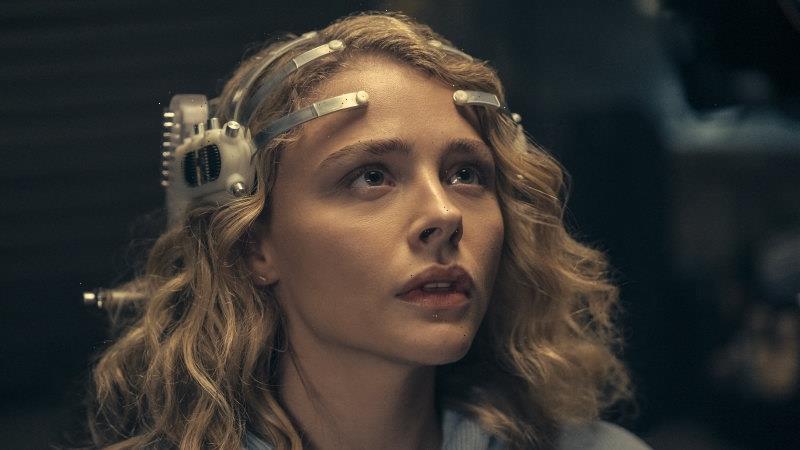 For the past 40 years the acclaimed American-Canadian author William Gibson has been memorably turning today into tomorrow. Whether a decade or a century ahead, the future laid out in his selection of science-fiction novels – so distinctive they spawned the influential cyberpunk genre – is noir-inflected and doused in dystopian friction. Gibson’s writing has a startling prescience: in 1981, before the internet existed, he coined the phrase “cyberspace”.

For the past 40 years Hollywood has been trying and failing to successfully adapt Gibson’s works. The lean prose is enticing, the everyday tech intriguing, and the protagonists readily castable. Most efforts fell by the wayside, while a few short stories became movies, such as 1995’s dismal Johnny Mnemonic with Keanu Reeves. It’s a troubled history the cast of The Peripheral, Amazon Prime’s new series based on Gibson’s 2014 novel, are well aware of. 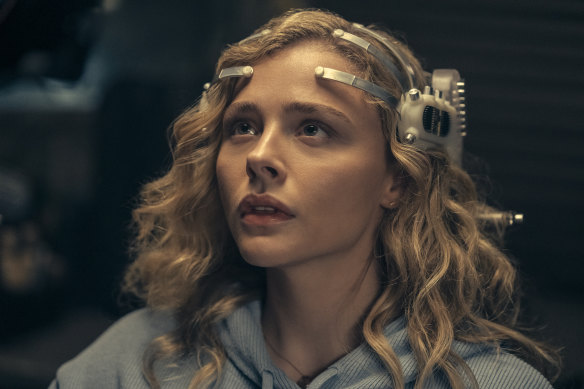 “William Gibson’s work has been infamously difficult to adapt for the screen historically,” says the Irish actor Jack Reynor (Midsommar), “so I think we all went into this hoping we’d be the ones to crack it and that this would be an adaptation of what he’s a master at.”

Speaking via video conference from London, Reynor and his American co-star, Chloe Grace Moretz (Kick-Ass), are at the relaxed end of a process that took seven years. Alternating between the American rural south of 2032 and an eerie London of 2099, The Peripheral on screen is an expansive re-imagining of Gibson’s evocative world-building. Enough is recognisable that the worrying changes sneak up on you.

“At the premiere in Los Angeles, [producers] Lisa Joy and Jonathan Nolan gave a speech rattling off things in the book that supposedly couldn’t happen, and it was the economic situation of our current reality, the political situation of our current reality, and the pandemic,” Moretz says. “It’s all in the book. William Gibson writes for a realistic near future that is harrowingly accurate.”

In the debut season’s eight episodes, Moretz and Reynor play fractious siblings, Flynne and Burton Fisher. In 2032, she’s working at a 3-D printing shop and caring for their ailing mother, while he’s recovering from his combat experiences with an elite US Army unit. When Flynne tests a new video gaming unit sent to Burton, she finds herself not online, but part of a conspiracy in the London of 2099, which soon puts the family at risk. 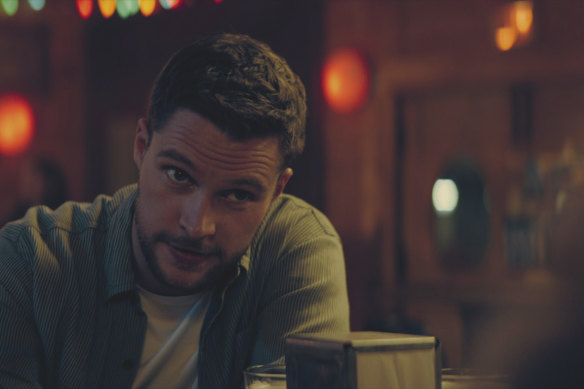 This is Gibson’s take on time travel: “data transference” between two different realities, artificial android bodies the visitors from 2032 can inhabit, and the looming question of how Flynne’s world became the very different one inhabited by her contact, Wilf Netherton (Gary Carr). It might sound complex, but the creative team spent years paring back the source text.

“The book is so dense. Right from the get-go we knew there wasn’t room for everything, even in eight hours. There was an understanding also not to alienate the audience – we wanted to bring them into the story,” says the show’s lead director, Vincenzo Natali. “Gibson’s stuff doesn’t feel like a book about the future. It feels like a book from the future.”

A Canadian independent filmmaker known for 1997’s Cube and 2009’s Splice, Natali came close in 2013 to getting a movie made of Gibson’s ground-breaking 1984 debut novel, Neuromancer. It didn’t happen, but their friendship endured and Natali subsequently secured the rights to The Peripheral, bringing in producers Joy and Nolan, who’d created HBO’s science-fiction hit Westworld, with author and screenwriter Scott B. Smith (A Simple Plan) serving as the show’s creator. It’s striking a collection of prominent names

“There’s a sense that you’re going into the project in safe hands, but it will be ambitious, that you’re taking a big swing,” says Reynor of the show’s key off-camera credits.

The emotional anchor of The Peripheral is the bond between Flynne and Burton, which came easily to Moretz and Reynor. The pair, who’d grown up on either side of the Atlantic, bonded on video calls before they even got the production’s set and started rehearsing together.

“It’s so critical, especially for a project like this. It’s a lot of material, the shoot is long – you’re really going into the trenches. You want to have somebody at your side who’ll be supportive who you get on with,” Reynor says. “We had a lot of similarities and we share life experiences. We didn’t have to force the relationship, as it was already there between us.”

“Jack Reynor’s Irishness rubs off on everyone,” jokes Moretz, revealing a particular gift for languages. “I was soon saying ‘arse’ and ‘what’s the craic’. I say ‘shite’ now.”

As well as playing the working-class Fishers, Moretz and Reynor also played the human-like androids modelled on their character’s bodies, who would move and act differently based on whose consciousness inhabited them. They’re part of an immersive 2099 set up by Natali’s lead episodes, which give a spectral veneer to the central London locations they used. 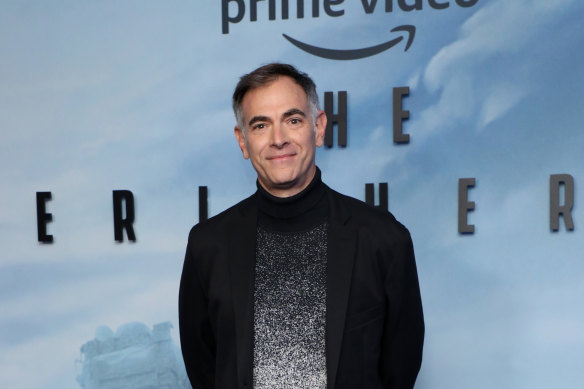 “Gibson’s London is beautiful but ghostly. I hadn’t seen that before,” says Vincenzo Natali, the lead director of The Peripheral.Credit:Lia Toby/Getty

“It was a massive task, but I had seven years to absorb it,” Natali says. “All through that time I was collecting images and assembling my notion of how we would present these two futures. Then I had a lot of wonderful artists I worked with, culminating in our brilliant production designer Jan Roelfs.”

“There’s a tendency in science-fiction world-building to be additive, to clutter those worlds. In this case, particularly with London and a depleted future, a lot of it was taking things away, he adds. “Removing the people changes the environment. Gibson’s London is beautiful but ghostly. I hadn’t seen that before.”

Natali has shown the first season to Gibson, who “likes it a lot”, and confirms that Joy and Nolan have a “notional plan” for how the series can evolve. The Peripheral may not be an exact copy of the novel, but it maintains the book’s interest in humanity’s capacity to adapt and the herculean challenges looming on the future’s horizon. The otherworldliness rings subversively true.

“I grew up around sci-fi and had four older brothers, so the genre was baked into me,” Moretz says. “For me, when I watch sci-fi, if there are rules created but then they’re not followed it pisses me off. So that was a big conversation for me going into this: what does it look like when I turn on and turn off? What would be the difference between Flynne’s soul and artificial intelligence? We built the rules of this world.”

The Peripheral is on Amazon Prime.

Find out the next TV, streaming series and movies to add to your must-sees. Get The Watchlist delivered every Thursday.