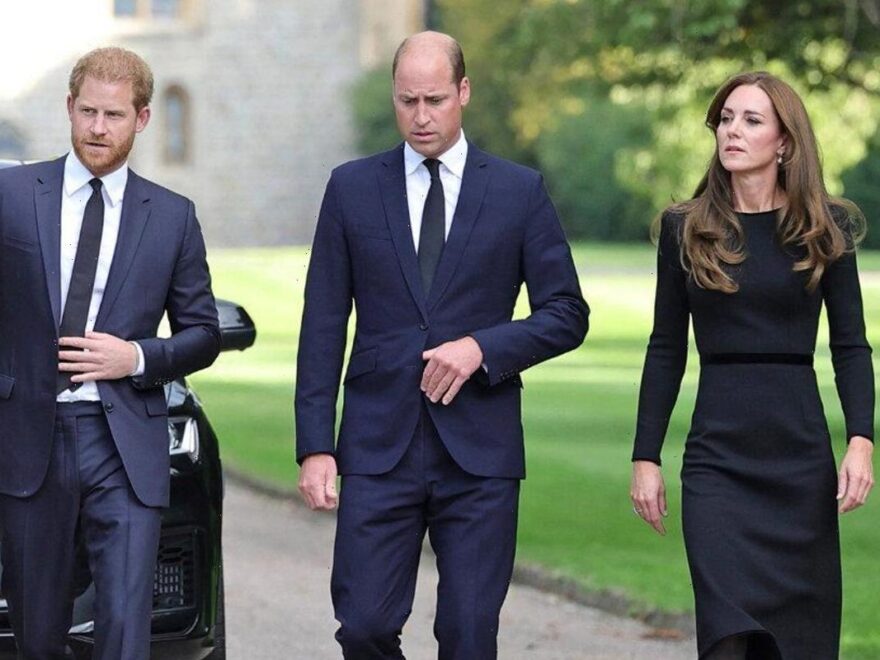 The Duke of Sussex had a very good impression of Kate Middleton after their first meeting but he couldn’t help but feel ‘worried’ that he would lose his older brother to her.

AceShowbiz –Prince Harry was afraid Catherine, Princess of Wales would take his brother “away” from him. The Duke of Sussex has remembered first meeting Prince William‘s wife at the now-infamous costume party in 2005 – where Harry controversially wore a Nazi outfit – and connecting with her “heavily disguised silly side.”

“I liked his new girlfriend. She was carefree, sweet, kind. She’d done a gap year in Florence, knew about photography, art. And clothes. She loved clothes. Her name was Kate,” he wrote.

However, the 38-year-old royal admitted he “consoled” himself with the laughter they shared as he feared the day William became too caught up in his relationship to spend time with him while he desired a “serious girlfriend” of his own.

Writing in his tell-all memoir, “Spare“, which officially went on sale today, January 10, 2023 after being leaked and put on shelves early in Spain, he recalled, “I liked seeing Kate laugh. Better yet, I liked making her laugh. And I was quite good at it.”

“My transparently silly side connected with her heavily disguised silly side. Whenever I worried that Kate was going to be the one to take Willy from me, I consoled myself with thoughts of all our future laughing fits together, and I told myself how great everything would be when I had a serious girlfriend who could laugh along with us.”

Despite being enamoured by Catherine – who first met William at university in 2001 before tying the knot in 2011, Harry also claimed in the tome that his brother and sister-in-law told him to wear the Nazi uniform to the party.

Harry – who married Meghan, Duchess of Sussex in 2018 – caused outrage when pictures showed him in the military costume, complete with a swastika on his left arm, at the “native and colonial” themed party thrown by show jumper Richard Meade.

And he insisted his older sibling, 40, and Catherine, 41, “howled” with laughter about the outfit and encouraged him to put it on for the bash. Harry wrote in the book of his deliberations between the controversial costume or a pilot’s get-up, “I phoned Willy and Kate, asked what they thought. Nazi uniform, they said. They both howled. Worse than Willy’s leotard outfit! Way more ridiculous! Which, again, was the point.”

The prince, who was 20 at the time of the party, recently spoke of his regret about wearing the uniform. He said on the third episode of his Netflix docuseries “Harry & Meghan“, “It was probably one of the biggest mistakes of my life. I felt so ashamed afterwards.”

“All I wanted to do was make it right. I sat down spoke to the Chief Rabbi in London, which had a profound impact on me. I went to Berlin and spoke to a Holocaust survivor. I could have just ignored it and gone on and made the same mistakes over and over again in my life. But I learned from that.”

At the time of the scandal, Harry apologised for his “poor choice.”

Harry and William haven’t spoken in a while and William, according to the former, who has made salacious claims that his brother whom he referred to as his “arch-nemesis,” “knocked him to the floor” during an argument about Meghan.