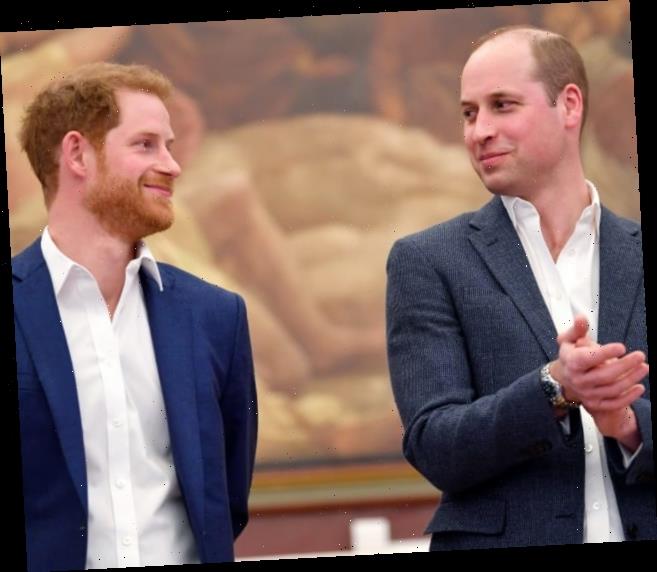 Prince William has broken his silence.

Three days after his brother and sister-in-law sat down with Oprah Winfrey and exposed the Royal Familly as elitist snobs – with no sympathy or empathy or ability to adjust to modern times – the future King briefly addressed one of the main accusations leveled against the Palace.

Just how racist are these people?!?

As we’re sure you recall, Meghan Markle dropped one bombshell after another during her interview with Oprah Sunday night.

There were two reveals that stood out from the rest, however:

Replied Winfrey to this second allegation: WHAT?!?

After Harry relayed to Oprah (off screen) that neither his grandmother nor his grandfather were the relatives who expressed worry about Archie’s skin, many observers out there have narrowed the possibilities down to two:

Harry said on air that he isn’t close to either his dad or his brother these days, with the former having not even taken Harry’s calls for awhile.

Cut to Thursday, and The Duke of Cambridge finally spoke out to a Sky News reporter about his sibling’s very damning accusations.

“We are very much not a racist family,” William said.

The Duke of Cambridge and wife Kate Middleton stepped out for the first time since the Royal Family was stunned by the interview, and to the surprise of no one, he was quickly asked about it.

When asked if he had spoken to Harry after the CBS special, he added:

During the bombshell sit-down, Meghan said that there were “concerns and conversations about how dark [Archie’s] skin might be when he’s born” voiced by a member of the royal family.

Later in the chat, Oprah pressed Harry on the issue, asking him who was behind the racially charged comment.

“That conversation I’m never going to share,” he said.

“It was awkward. I was a bit shocked.”

Was Harry being a bit diplomatic in this moment? Yes. While he felt the need to share his side of the story, he isn’t ready to burn bridges entirely, and there were clear lines he wouldn’t cross.

But might he also be saving some ammunition for down the line, in case he really wants to throw this person under the bus?

Meanwhile, a statement released by Buckingham Palace on Tuesday on behalf of Queen Elizabeth II – famous for never commenting on media stories – addressed the issues raised on Sunday.

“The whole family is saddened to learn the full extent of how challenging the last few years have been for Harry and Meghan,” it said.

As for the racism component?

“The issues raised, particularly that of race, are concerning,” the message continued, in the understatement of the year.

“While some recollections may vary, they are taken very seriously and will be addressed by the family privately.”

“Harry, Meghan and Archie will always be much loved family members.”

We’re not sure how much of that statement we’re really buying. The Firm had to say something, lest they be raked over the coals for not commenting at all. But this doesn’t tell us a whole lot.

Asked how he would describe his relationship with his brother now, Harry told Oprah on Sunday:

“The relationship is space. Time heals all things, hopefully.”

“I love William to bits. He’s my brother. We’ve been through hell together. But we are on different paths.”

Again, diplomatic, while not pulling punches. Time will tell when – or if – those paths converge again.