A fresh start. Princess Kate plans to work through her issues with Meghan Markle during her upcoming trip to Boston with Prince William.

Everything We Know About Kate and Meghan’s Complex Relationship

“Once Kate and William’s Boston plans are set in stone, she’s planning to extend an olive branch to Meghan in a bid to reunite the brothers and heal the rift,” a source exclusively reveals in the new issue of Us Weekly about the Prince and Princess of Wales’ December visit to America. 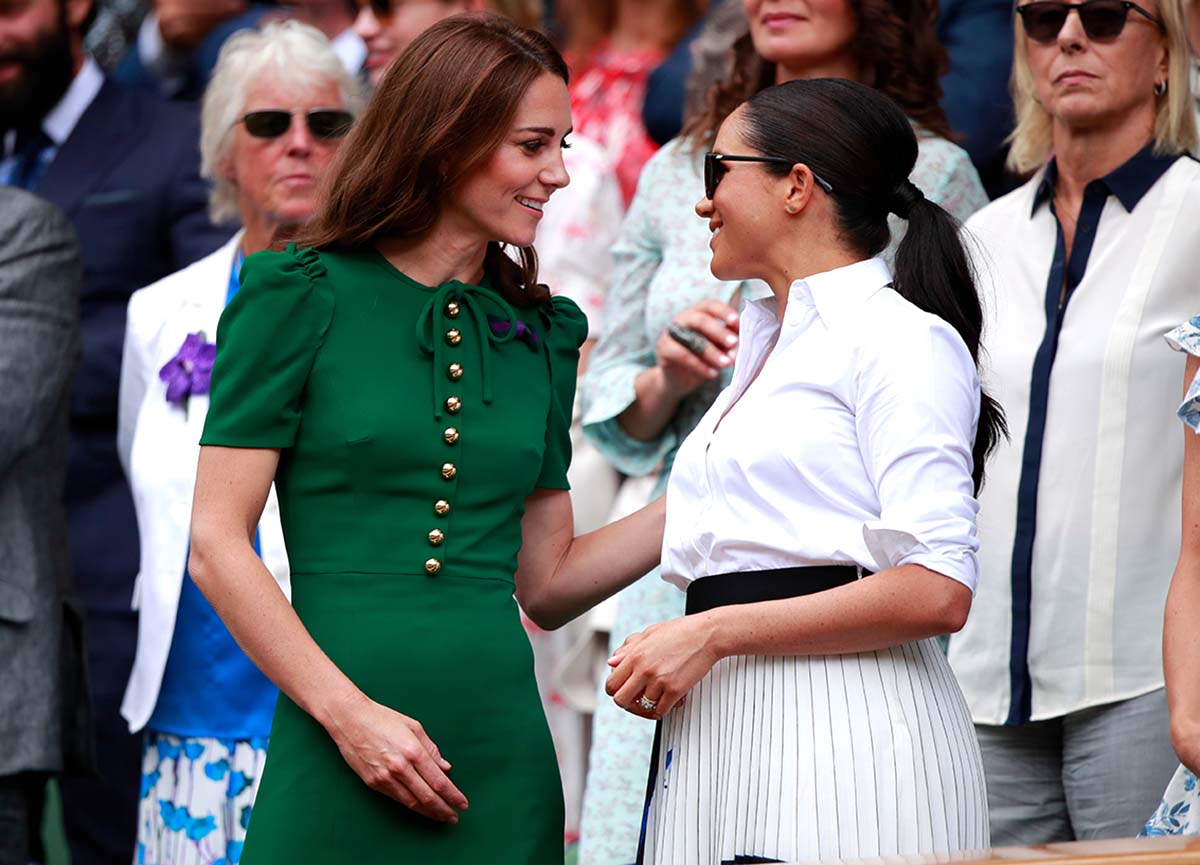 The insider notes that Kate’s attempt to squash her feud with Meghan, 41, is inspired by what the late Queen Elizabeth II and Princess Diana “would’ve wanted” for them.

“[Prince] Harry and Meghan are knee deep with their hectic schedules, but Meghan is willing to put in the effort as long as dates don’t clash,” the source adds.

Kate, 40, and Meghan’s complex relationship has been a topic of conversation over the years. Rumors of a rift first started after the Suits alum’s 2018 nuptials to Harry, 38. Two years later, the couple announced that they were stepping back from their duties as working members of the royal family. They confirmed their decision not to return to their senior roles one year later.

“Following conversations with the duke, the queen has written confirming that in stepping away from the work of the royal family it is not possible to continue with the responsibilities and duties that come with a life of public service,” Buckingham Palace wrote in a statement in February 2021. “The honorary military appointments and royal patronages held by the duke and duchess will therefore be returned to Her Majesty before being redistributed among working members of the royal family.”

At the time, Meghan opened up about the divide between her and Kate in her CBS tell-all interview with her husband.

“A few days before the wedding, [Kate] was upset about flower girl dresses and it made me cry. It really hurt my feelings,” the Bench author recalled about the difficult dress fitting. “It was a really hard week of the wedding. And she was upset about something, but she owned it, and she apologized. And she brought me flowers and a note, apologizing.”

The Tig founder also addressed being pitted against Kate by the British media, saying, “I think so much of what I have seen play out is this idea of polarity, where if you love me, you don’t have to hate her. And if you love her, you don’t need to hate me.”

A source later told Us that Kate felt “there was a misunderstanding” when it came to her relationship with Meghan. After Meghan and Harry welcomed their daughter Lilibet in June 2021, another insider revealed there have been efforts to mend the issues between Meghan and Kate.

“Kate has been reaching out to Meghan a lot more since [Lilibet] was born, she’s sending [notes and] gifts and trying to build up a relationship,” the source detailed. “The firm has been instructing staffers to reach out more to Harry and Meghan to get them to soften a bit.”

For more on where Kate and Meghan stand, watch the video above and look for the new issue of Us Weekly, on stands now.