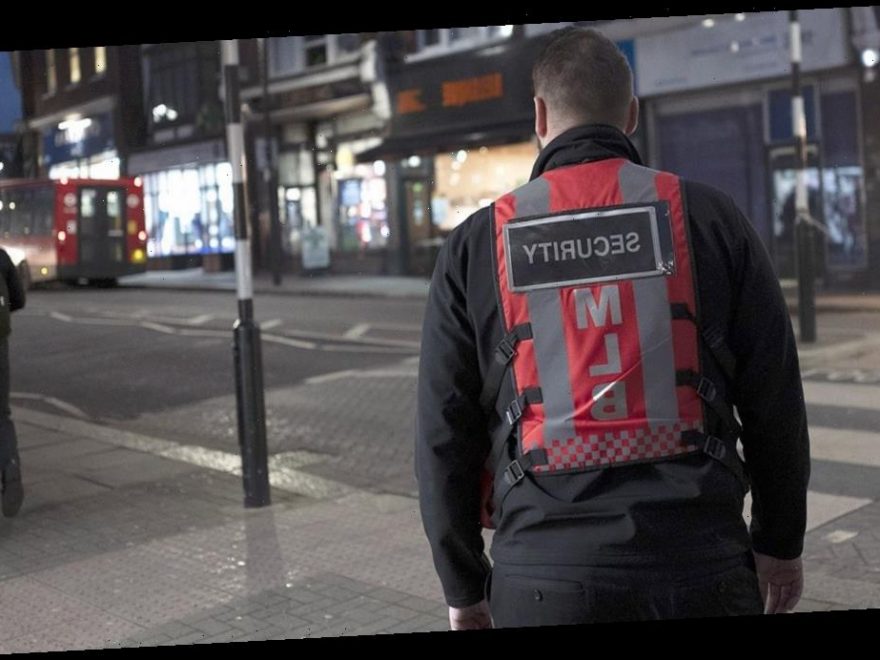 The middle-aged man hurrying through the heavy rain, his face buried in his red hood and dark jacket pulled tight around him shouldn’t look suspicious – but somehow he does.

Maybe it’s the shopping tags sticking out of his jacket or frequent glances at us, but alarm bells are ringing for the man next to me.

And with 12 years’ military ­experience, including tours of Iraq and Afghanistan, and seven years of security work behind him, it’s no wonder Luke is on alert.

“You look for anything out of place, anything suspicious,” he says. “I’d rather ask, and it be nothing, than not ask and miss something.”

It’s the kind of vigilance we expect of any police officer. But Luke is not that. He is a new breed of copper, part of a private force, My Local Bobby – paid for by residents.

It’s a controversial idea and critics fear it’s the start of a slippery slope to privatising safety on the streets.

This week the Home Office announced a £1.1billion pledge to fight serious crime and drug gangs, and put more “bobbies on the beat”.

Ex-Metropolitan Police detectives David McKelvey and Tony Nash set up My Local Bobby after being shocked by the lack of officers on the beat.

McKelvey, a former detective chief inspector at Scotland Yard, says crime rates have come down 43% in Woodford, East London, since Luke began his patrols there last May.

MLB is one of several firms to offer patrol services, but it is the first self-styled police force for hire. Some 139 Woodford residents each pay £50 a month to get a direct line to Luke, a My Local Bobby sign outside their house and his presence for 12-hour shifts in the week. His is one of 30 MLB “microbeats” – each about three square miles – in London and the South East.

MLB aims to expand UK-wide and says it has a “fantastic relationship” with police, sending daily reports about crimes and suspects. The Met said these are “assessed and acted on accordingly”.

Luke recognises the shifty-looking man as a local – otherwise he would have talked to him: “You ask what they’re doing and they instantly know there’s a presence in this area. That deters criminals.”

But Luke has no more power than the public. MLB staff do not carry weapons. They are only armed with handcuffs, a body cam and a first aid kit. They make citizen’s arrests.

Luke was chosen from 600 applicants and most of his patrols are done in a Ford Transit courier with an MLB “Rapid Response” logo.

Last week he traced a stolen Fiat 500 and he is currently looking out for a van linked a crime nearby.

Local resident Graham Hill, in his 40s, says it’s worth £50 for peace of mind: “We know if we need assistance, a bobby is just minutes away.”

But is private policing just moving the problem from an area that can afford to pay, to one that can’t? “I’m sad to say it, but there has to be an acceptance by the police that there are other ways of doing things,” says McKelvey.

Residents who do not sign up to MLB may, by default, benefit from a fall in crime rates and their street presence. Yet they cannot call on its services. Luke had to turn down one woman who had her car stolen.

“She wasn’t a client,” he says. “We never ignore a criminal committing a crime and always give advice to non-clients, but we can’t respond in the same way as with clients.”

Met Police Federation chairman Ken Marsh said: “I don’t have a problem with private security. But let’s be very clear these are not and never will be police. Policing is not about making a profit, it’s about serving your community.”