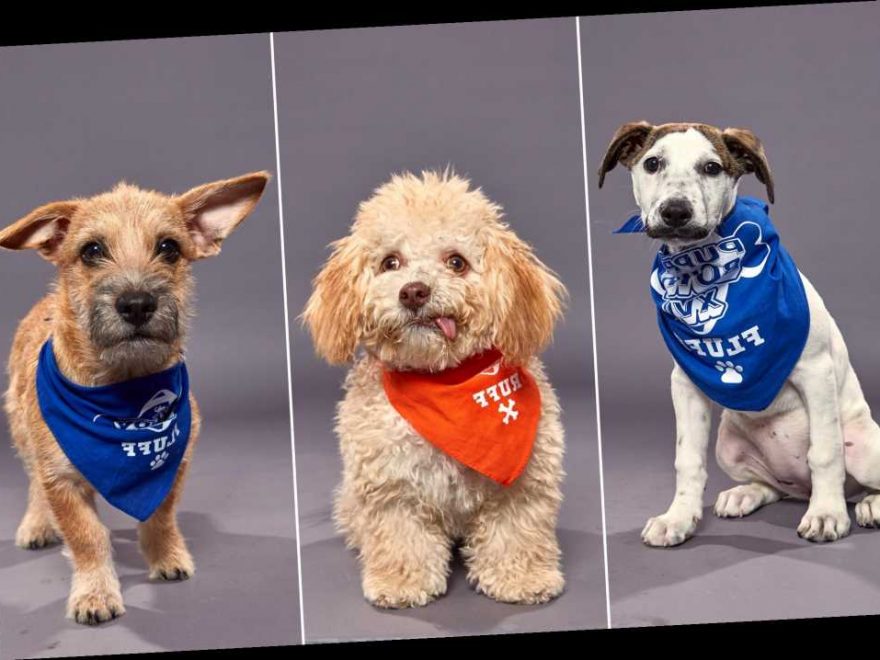 Can’t wait until Super Bowl 2020 to get your football fix? Earlier on Sunday, tune in to the 16th-annual Puppy Bowl, that ruff-and-fumble competition where rescue pups from Team Ruff and Team Fluff vie for gridiron gold at Geico Stadium.

Puppy Bowl XVI will feature a record 96 puppies from 61 shelters, including international furry footballers hailing from Colombia, the US Virgin Islands, Canada and more. Best of all? They’re all adoptable!

This year, five special-needs dogs will be taking the field as well, including a three-legged Labrador retriever mix named Ferris; a hearing-impaired Great Dane named Kismet; and Rooster, an American Staffordshire terrier-bulldog hybrid who has a cleft palate.

Puppy Bowl players will be cheered from the sidelines by pompom-toting pygmy goats and armadillos. “Blue Bloods” star Dan Schachner will be donning referee stripes for the ninth year running, and this year’s “Pup Close and Personal” special will spotlight comedian and dog rescuer Whitney Cummings.

If that wasn’t enough, the halftime show will be performed by resident cat divas Jenni-Purr Lopez and Cat-ira, the feline versions of Jennifer Lopez and Shakira, who will take the stage at the Hard Rock Stadium in Miami later in the evening.

You can view the Puppy Bowl’s entire starting lineup on Animal Planet’s website, but here are some notable participants in the pawsome event.

This young lady, a 19-week-old Australian cattle dog-Labrador retriever from Maryland, is her own subwoofer.

From Indiana, Daphne is a 16-week-old German shepherd who steals hearts.

This 14-week-old American Staffordshire terrier from California is billed as “serving his tea piping hot.”

This 22-week-old, an Australian cattle dog mixed with cocker spaniel, loves to play in snow.