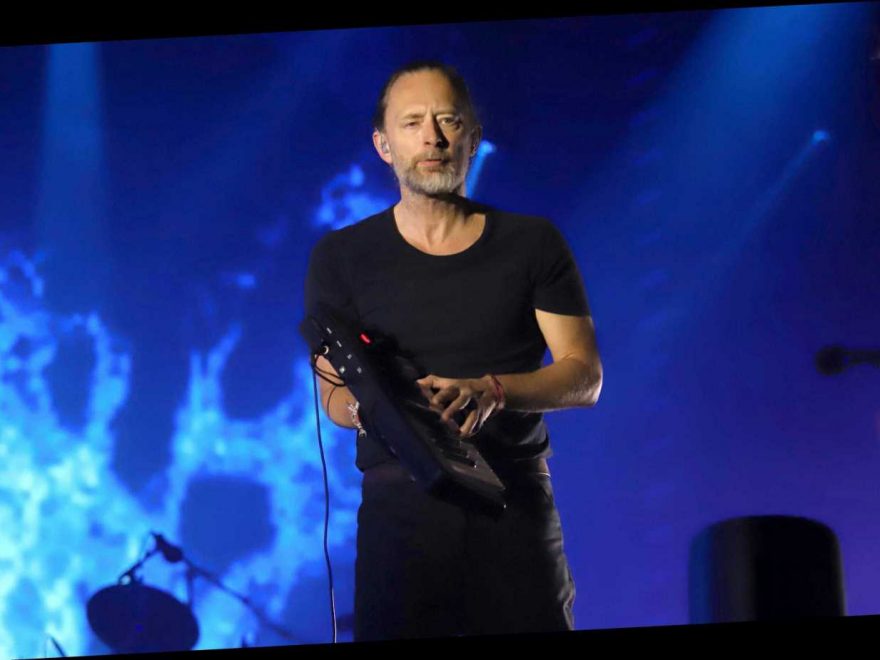 Radiohead, a band that has always resided at the intersection of music and technology, have opened the digital doors of the Radiohead Public Library, a comprehensive archive warehousing the band’s entire catalog in chronological order.

“The internet as a whole has never been a reliable resource for detailed or even accurate information re: Radiohead,” the band said in a statement. “Many sites that attempted to provide some measure of service have long since gone dark as well. The overall effect has been ‘Radiohead’ search results that yield random and/or abbreviated shards: songs and album titles unaccompanied by detailed artwork or any additional context, low quality videos preceded by advertisements and shuffled via algorithms, and so on… That ends with the unveiling of the Radiohead Public Library.”

Stress on “Public”: The library is free to enter and audio and video files are accessible even to those without premium streaming services; if fans were wondering why Radiohead’s entire catalog was quietly and meticulously added to YouTube in recent months, this is it.

For the first week of the library’s existence, all five band members — Thom Yorke, Jonny Greenwood, Colin Greenwood, Ed O’Brien and Philip Selway — will serve as librarian, with each posting a curated selection of archival material on Radiohead’s social media channels from January 20th to the 24th. Fans will also be able create their own Radiohead Public Library Card complete with membership number.

Here are six must-see items to check out from the library’s stocked digital shelves, plus a few things we hope the library has in store:

Radiohead have headlined Bonnaroo on a pair of occasions: An instant classic 2006 show that ranks high among the band’s greatest concerts, and a celebratory post-King of Limbs victory lap in 2012 that captured them in their dual-drummer glory. For any other artist, both headlining performances would be worthy of the IMAX release/concert film/live album trifecta, and while there were murmurs of a Bonnaroo 2006-tethered live album over a decade ago, the performances were not officially released… until the Radiohead Public Library uploaded both with pristine sound and picture quality. It’s not just the Bonnaroo gigs that have entered into the Radiohead Public Library: Festival gigs ranging from 1997’s Belfort Festival to 2016’s Osheaga, all professionally recorded, are also readily accessible.

Complete “Inside Out Night” Webcast

A Christmastime Radiohead.com webcast from December 2002, this two-hour-plus bonanza is best known for a jarringly jovial Yorke and company goofing around on the yuletide classic “Winter Wonderland.” Portions of the webcast have lived on YouTube in extremely low-quality chunks, but the Radiohead Public Library revives all 137 glorious minutes of the holiday fun in good-by-2002-webcast-standards video. In addition to “Winter Wonderland,” Inside Out Night features Radiohead members DJing for about 90 minutes before the more absurd portion of the broadcast kicks in, including Radiohead wearing rubber masks resembling Richard Nixon, George W. Bush and Saddam Hussein and an off-kilter Q&A with a voice-modified Yorke.

The Thom and Jonny Shows

Although a Rock Hall-inducted quintet, Radiohead has sporadically dispatched its most high-profile members, Yorke and Greenwood, to handle most of the promotional performances tied to each album, from an acoustic “You” recorded live for MTV’s Most Wanted in 1994 to the duo’s tender renditions of A Moon Shaped Pool tracks filmed by Paul Thomas Anderson at the director’s California home in 2016. Those Thom and Jonny gigs have all been cataloged and entered into the Radiohead Public Library, which also boasts the pair’s full 12-song acoustic gig from Paris’ Le Reservior, recorded a week before Hail to the Thief arrival in June 2003.

The Kid A Blips

With fans rabid for the follow-up to OK Computer, Radiohead doled out 15-second morsels (dubbed “blips”) of their then-upcoming Kid A via their website, endlessly looped sustenance to satiate fans’ appetites in the months leading up the album’s October 2000 arrival. The “blips,” pieced together in the Radiohead Public Library as one 13-minute video, serve as the lone visual representation from Kid A, Rolling Stone’s Number One Album of the 2000s, as that LP yielded no official music videos, although a montage of the Shynola-made blips were fused to create a video for the album’s closing “Motion Picture Soundtrack.” (That visual is also in the library.)

If you’re a diehard fan born after Kid A, odds are you haven’t set eyes on the full scope of the Radiohead artwork by Stanley Donwood, the band’s longtime artist and collaborator. From the deluxe edition of In Rainbows to The Universal Sigh newspaper that accompanied The King of Limbs to the secret booklet hidden behind the CD tray of Kid A’s initial printing, there are canvases upon canvases of Donwood’s Radiohead work beyond an album’s standard release. In that sense, Radiohead Public Library also becomes the Stanley Donwood Public Gallery, offering a near-complete tour of the artist’s Radiohead contributions for no admission.

Much of the luster of the OKNOTOK White Cassette — an 80-minute bonus in the deluxe edition of the OK Computer 20th anniversary reissue — was worn off when Thom Yorke’s complete MiniDiscs collection from that era leaked online. However, for fans who didn’t shell out $100+ for the deluxe edition — or didn’t have the bandwidth to dedicate 14 hours to listening to unedited MiniDiscs — the White Cassette represents the best bite-size version of the OK Computer origin story, complete with embryonic versions of the album’s classics as well as still-unreleased demos like “Attention” and “Are You Someone?”

Even though the Radiohead Public Library gathers almost everything down to the most minute ephemera (playlists for A Moon Shaped Pool record store listening parties, the In Rainbows “Mr Hands” unboxing video, mid-Nineties Waste fan club newsletters, etc.), the collection isn’t entirely complete: The limited-time-only release of the OK Computer MiniDisks live up to their limited-time-onliness by being omitted from the library. Anything predating the band’s new-to-streaming 1992 EP Drill, like the oft-circulated Manic Hedgehog demo, also remain unavailable in an official capacity. (To mark the opening of the RPL Monday, the band uploaded Drill, the 2005 non-LP track “I Want None of This” and the TKOL RMX 8 remix EP to streaming sites for the first time.)

Furthermore, each member’s solo works, in particular Yorke’s solo and Atoms for Peace projects, have not yet been cataloged here, although the recent streaming reemergence of a handful of rare Yorke tracks suggest that could change in the coming months. (Missing as a byproduct of that: Donwood’s extensive artwork for Yorke’s solo efforts.)

Like the Neil Young Archives, the most analogous comparison in terms of quality and breadth, it’s likely that the Radiohead Public Library could continue to grow as more of the band’s back catalog is unearthed (2020 is Kid A’s 20th birthday, just saying) and, hopefully with future albums, expanded.