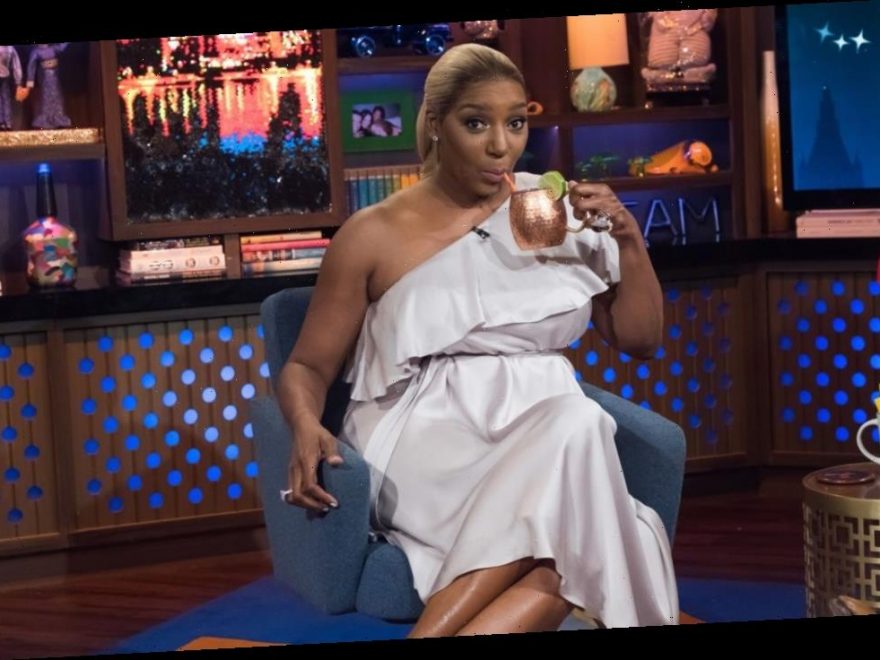 Nene Leakes is a controversial figure on The Real Housewives of Atlanta. The Bravo star has been with the show since the beginning and feels like it’s her own. In season 12 of the reality series, Leakes has been struggling to reconcile with the cast after burning some bridges. Her biggest nemesis though is Kenya Moore, someone who she doesn’t see eye to eye with.

While some of the ladies hate on Leakes, the television personality is enjoying her success. Over the weekend, Leakes was in Philadelphia with Ladies Night Out show. The comedy tour has Leakes as host and comedians like Sherri Shepherd, Adele Givens, Melanie Comarcho, Kym Whitley, and B Simone.

During her presentation at The Met Philly, Leakes met with Apollo Nida backstage. Yes, Phaedra Parks’ ex-husband. The two shared a photo that he later posted on his Instagram account.

“We had a great time hanging with Nene Leakes last night,” Nida shared. “The show was amazingly funny. After so many years thanks for the same wonderful vibes and positive energy.”

We had a great time hanging with @neneleakes last night. The show was amazingly funny. After so many years thanks for the same wonderful vibes and positive energy. #muchsuccess

Along with Leakes and Nida was the latter’s fiance, Sherien Almufti. She also shared a pic of herself and Leakes on her own social profile.

Me and my twin @neneleakes ? thank you for being so sweet, we had a blast ???

Fans react to the photos

RHOA fans were quick to react on social media, mainly asking what Parks would think of this camaraderie between Leakes and Nida.

“Okay, I just saw a pic of Nene hanging with Apollo and his lady float down my timeline,” a fan said. “This is a sign that Phaedra needs to come back next season.”

“No mess here,” another fan added. “They are fans. They paid for the backstage VIP picture.”

“You need a mop and a squeegee for this mess,” a Twitter user commented.

“People need to mind their business, what’s the problem [with] Nene taking pictures with an old friend? Who [is] without sin, cast the first stone. I will wait,” another Instagram user added.

✨ PHILLY! Ladies Night Out is SOLD OUT! But, don't fret – Premium Seating is still available! Want to find out how to snag your last minute pass? Contact [email protected] ?

Parks and Leakes have remained friends after the former left the show. The Glee alum has not been shy about saying she would like Parks to return to RHOA. Last year Leakes kept dropping her friend’s name in interviews hoping she would be asked back to the show, something Parks appreciated.

“Well, you know, what’s not to want about me?” Phaedra told Entertainment Tonight back in February 2019. “It’s nice to be wanted, but you know, I love my peace. It will always be a great part of my life, and I will never say never, but I’m in a happy space.”

Since leaving the reality series, Parks said that she doesn’t want the show anymore but does maintain a close relationship with some of the cast.

“I don’t watch the show, but a lot of the girls are still very connected to me,” she added. “So, I hang out with NeNe, I obviously talk to Porsha quite a bit. She’s having a baby. She’s having a huge shower in a few weeks, so I’ll be in attendance.”

The Real Housewives of Atlanta airs Sunday nights at 8 p.m. ET on Bravo.