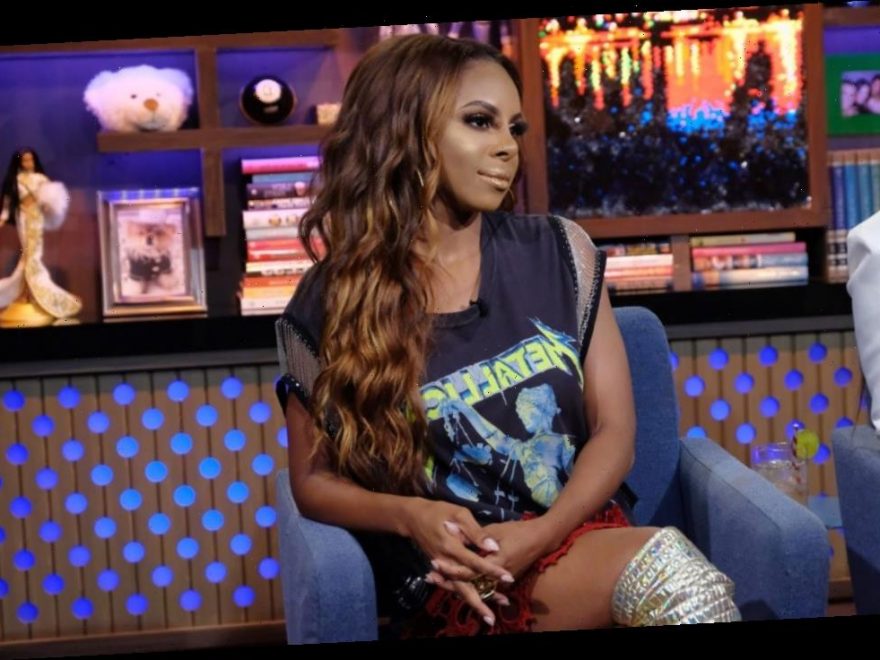 Nearly a couple of months after the second-degree assault charges were dropped, Candiace Dillard tweeted about “karma” coming to someone. Monique Samuels thought Dillard was talking to her and claimed she “shut her up months ago.”

In response, the 33-year-old threatened to expose skeletons in Samuels’ closet.

Candiace Dillard and Monique Samuels got into a physical altercation

The former Miss United States joined The Real Housewives of Potomac in Season 3 after Charisse Jackson Jordan stepped down as a full-time housewife. Candiace Dillard became very good friends with co-star Monique Samuels, and the two viewed each other as sisters.

However, their relationship soured in the following season when Samuels befriended Ashley Darby. Because Dillard is not particularly fond of the restaurant owner, she became upset with Samuels and felt like the mother-of-three betrayed her.

On the other hand, Samuels felt like she could have separate friendships with both women and didn’t want to pick a side. At the Season 4 reunion, the two admitted they missed each other and wanted to repair their relationship.

However, during filming for the next season, the women came to blows while arguing at a winery. A few weeks after the physical altercation, Dillard pressed second-degree assault charges against the mother-of-three, claiming Samuels hit her first.

The podcaster filed a counter, insisting she only protected herself. After a judge reviewed the footage and interviewed witnesses, they determined there wasn’t a case and dropped the charges against both women.

Candiace Dillard and Monique Samuels threw shade at each other

After the charges went public, the audience weighed in on the fight, with the majority of them taking Samuels’ side. The former Miss United States clapped back several times at fans who threw shade at her and said they were “Team Monique.”

According to Samuels, she chose not to participate in the vacation and expressed a desire in wanting to leave the show. However, several sources claim the producers want to keep the mother-of-three because she’s one of the only housewives who live in Potomac.

After the charges were dismissed, Samuels publicly celebrated on her Instagram, whereas Dillard implied she would sue the mother-of-three civilly.

On February 9, 2020, Dillard tweeted she “hopes” she’s “front and center when retribution and karma arrive to incinerate the s**t out of you.” The former pageant queen also said the unnamed person has a “thumb for a nose” and asked them not to have their “brother send my boss the email next time.”

Even though Dillard never mentioned names, Samuels’ brother did do an interview speaking on his sister’s behalf and could have likely emailed her boss.

The mother-of-three then tweeted that Dillard couldn’t be talking about Samuels because she “shut her up months ago.” The former pageant queen responded, explaining she wasn’t talking about Samuels and called her a “wide bodied Cherita” who has “been busy with my name in her mouth and no balls to say s**t to my face.”

She then asked when her ex-friend “shut me up” and claimed she “knows the truth about this mystery wine glass and your status.” In a follow-up tweet, Dillard threatened to expose Samuels, “including what really goes on behind” Samuels’ “closed doors.”