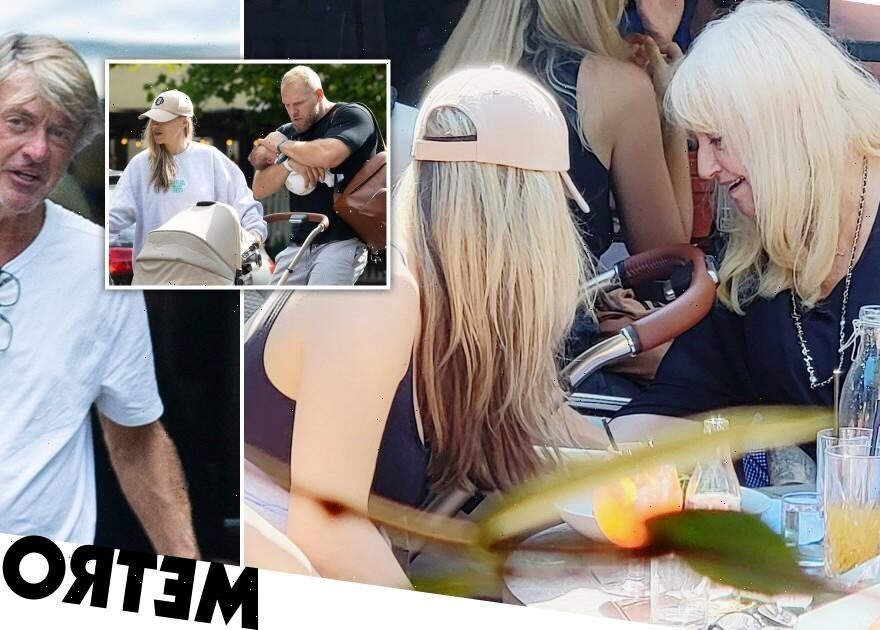 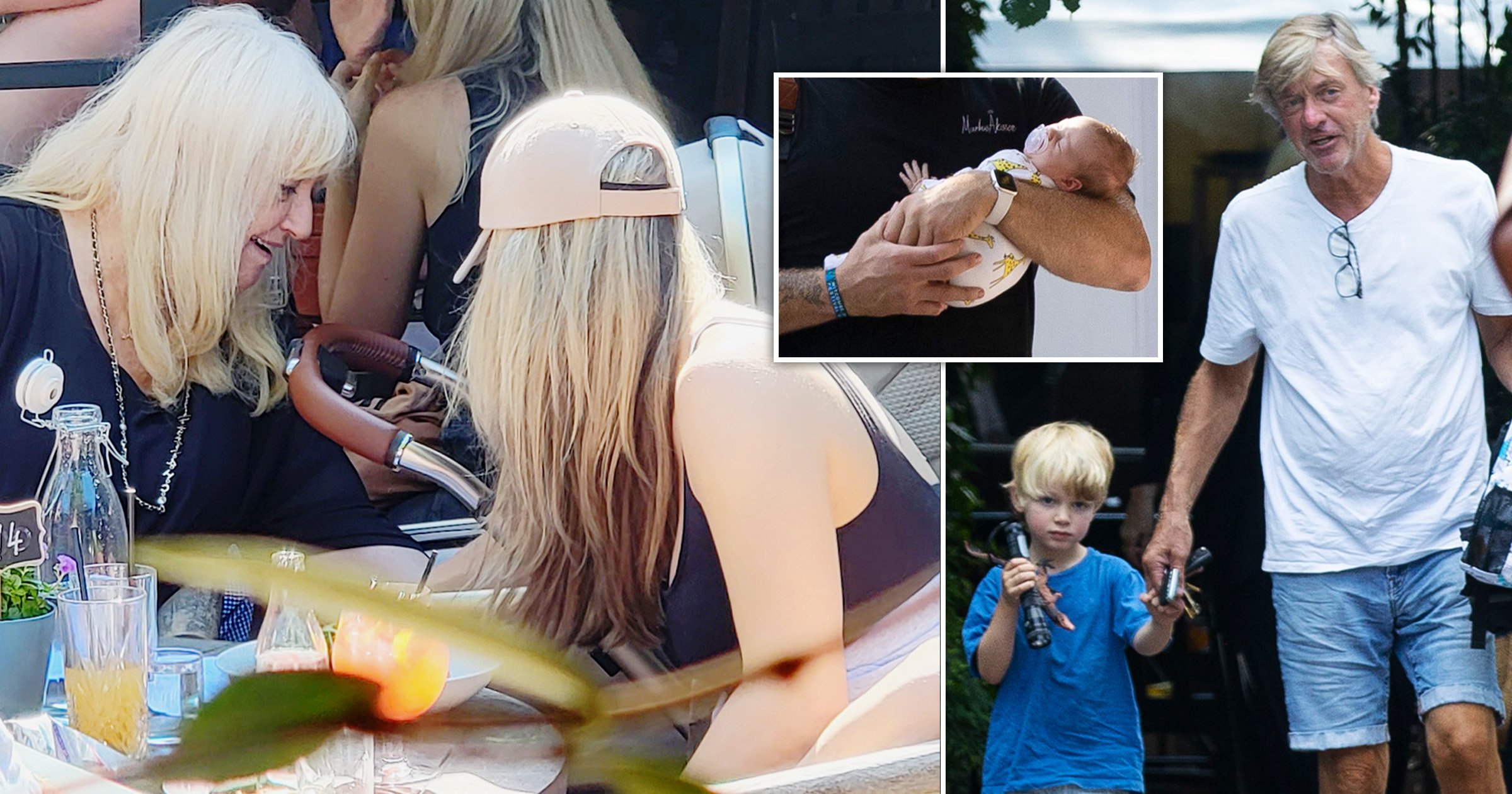 Chloe, 34, and her husband James Haskell, 37, announced the birth of their daughter on August 14, sharing that they are both ‘delighted’ with their new arrival.

The fitness trainer later shared that the little one was born on August 10 at 8:36am and her full name is Bodhi Rae Georgia Haskell.

On a recent outing, TV stars Richard and Judy were enjoying every minute with the tot, as they headed to a pub lunch.

Chloe pushed little Bodhi in a pram, donning a casual ensemble of cycling shorts and an oversized grey jumper.

The exercise guru – who delivered her daughter via C-section – was joined by her parents for a bite to eat, but all focus was on Bodhi as Judy cuddled her.

Unable to wipe the smile off her face, the former This Morning host cradled the newborn in her arms before laughing with Chloe as they fussed over Bodhi in her pram.

Following the family lunch, I’m A Celebrity star James carried his daughter out to the car in his arms, who was seemingly worn out from all the excitement and fast asleep.

The little one looked simply adorable in a giraffe onesie and dummy in her mouth, totally oblivious to all the hustle and bustle around her.

New parents Chloe and James chatted with Richard and Judy as they loaded their baby essentials back into the car before heading home.

Their London outing follows the news that Chloe and James have moved in with her parents until renovations in their own home are complete.

It seems they are one big happy family, with Richard and Judy stealing hour-long cuddles with their granddaughter each morning in bed.

Chloe told OK!: ‘Dad’s been scooping Bodhi up and taking her upstairs in the mornings to my mum, so my mum can have an hour-long cuddle, just them two together, which I think is the sweetest thing in the world.’

She added: ‘They’re really besotted and I’m so grateful we’re staying with my parents during this time, because our house isn’t ready for us to move into yet, because actually it’s just been so lovely.’

Richard and Judy were the first to see Bodhi after she was born, with Chloe gushing over how ‘excited’ her dad is in particular.

‘He sits glaring at her, he just stares at her, and pokes her and touches her for like half-hour increments, and I know all he’s trying to do is wake her up so then he can pick her up’, she said.

James added: ‘When he came to visit in hospital he was fit to burst!’