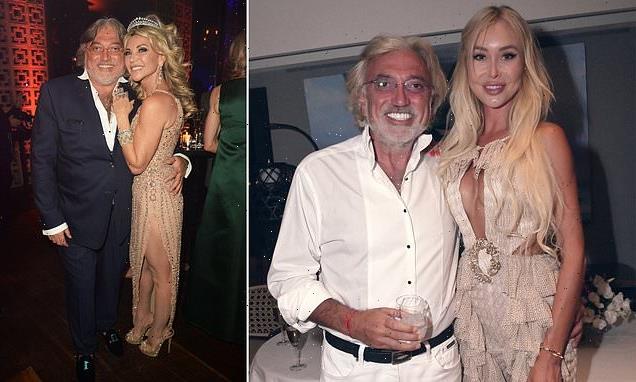 He enjoys life’s more extravagant trophies, whether it’s his Ferrari F40 or the £20 million London townhouse close to the Royal Albert Hall where, until quite recently, he resided with both his wife and his mistress.

But could flamboyant tycoon Robert Tchenguiz, once routinely described as a billionaire, soon have to start cashing some in?

I ask because, barely a month after a High Court judgment ordered him to pay £1.3 million, leading him to say he felt ‘financially raped’, he has been hit by another legal action. 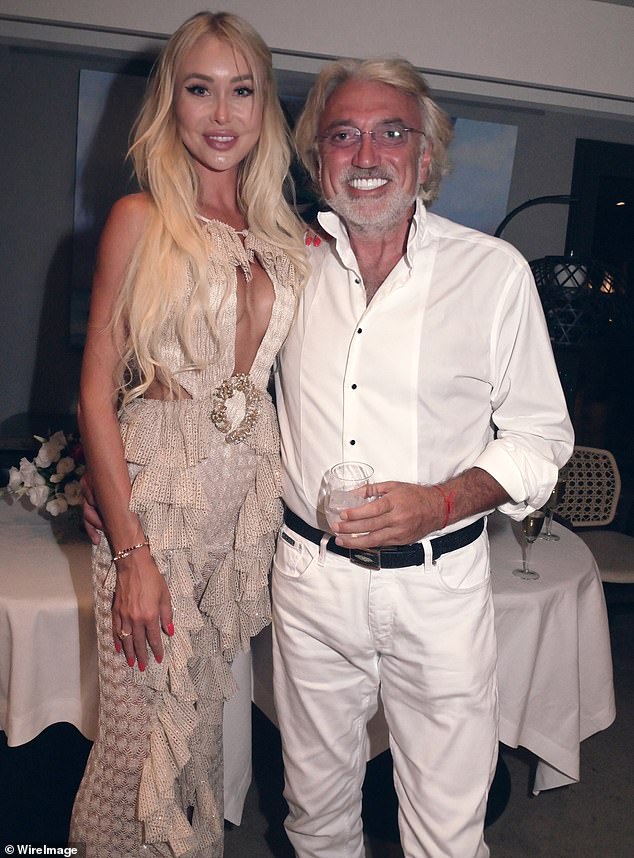 Robert Tchenguiz with his wife Julia Tchenguiz in Saint Tropez this week. Richard Eden asks: Could flamboyant tycoon Robert Tchenguiz, once routinely described as a billionaire, soon have to start cashing some in?

The claim for more than £7 million comes from spread-betting giant IG Index, which describes Tchenguiz — once named Property Entrepreneur of The Year — as ‘a very sophisticated and experienced investor’.

In its action, IG records how Iranian-born Tchenguiz bet huge sums on the share price of FirstGroup, owner of Great Western Railway, South Western Railway and the TransPennine Express.

To do so, he is said to have used accounts with several spread-betting firms — including IG Index, with whom he opened an account in 2019.

Initially, FirstGroup’s shares traded at up to £1.30. But then coronavirus struck — and the share price collapsed, slumping to a low of 32p.

IG Index closed Tchenguiz’s account — at which point, it claims, he owed £6.5 million. This sum remains unpaid, according to IG Index, which is also claiming £592,000 in interest. Tchenguiz, 61, denies any debt is owed and is defending the claim.

The parties disagree about which terms apply to the account, with Tchenguiz arguing he was a ‘retail client’ according to FCA rules, meaning he has no obligation to repay the shortfall.

He is also appealing against last month’s judgment ordering him to pay £1.3 million to another firm, CMC. A spokesman for Tchenguiz declines to comment.

Her boyfriend and coach Jiri Vanek, 44, got down on bended knee this week at Wimbledon, where Petra was victorious in 2011 and 2014.

In this courtside snap, Petra shows off her sparkler on the same hand that was injured by a knife-wielding robber at her flat in the Czech Republic in 2016.

She regained the use of her left hand the following year. 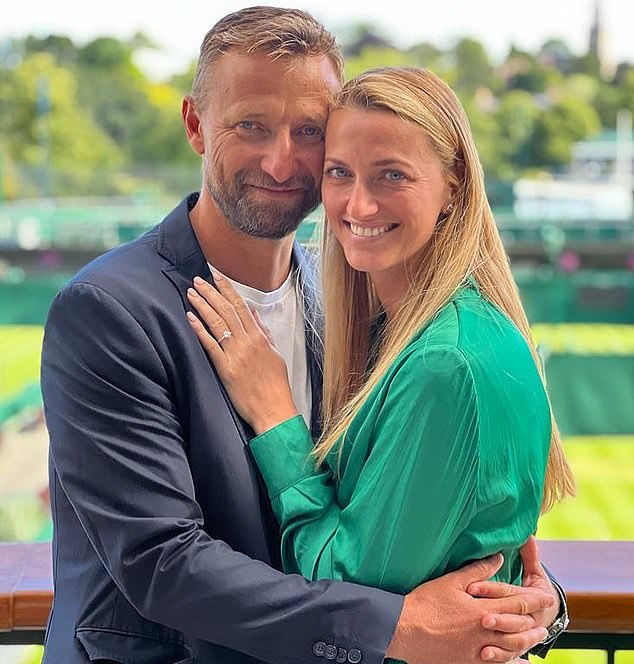 Petra Kvitova, the double Wimbledon champion whose hand was injured during an attack by a burglar, has got engaged to tennis coach Jiri Vanek

5ft 7in Kate has a head for heights

At 5ft7in, Kate Beckinsale is four inches taller than the average British woman — but she is determined to hit new heights nevertheless.

The Pearl Harbor star has said her quirky style stems from her childhood in Chiswick, West London.

‘I was an awkward child. I wouldn’t want to go out of the house unless I wore tartan tights, a stripy skirt and spotted T-shirt. I was a nightmare,’ she said. 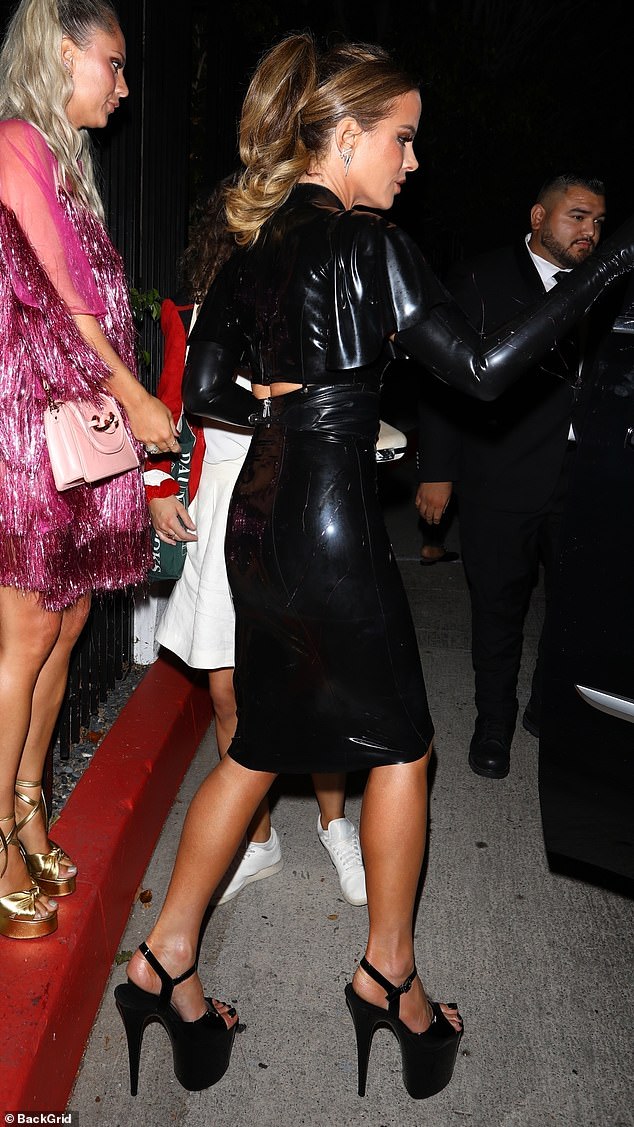 Her father has just been bailed after denying £400 million fraud charges. But 33-year-old Petra Ecclestone, the daughter of former F1 boss Bernie, appeared to be in a playful mood when she visited Chessington World of Adventures in Surrey this week.

‘Will do anything to get on a ride quickly,’ her husband, Sam Palmer, joked, posting this snap of her in a wheelchair.

The couple, who spend most of their time in Los Angeles, may find that friends urge them to hurry back to California. ‘Not cool,’ responded one follower. 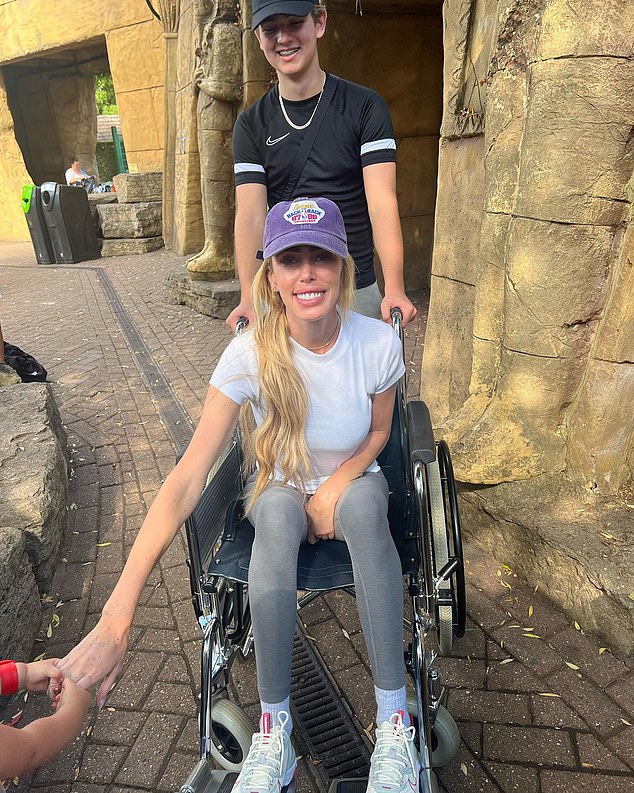 33-year-old Petra Ecclestone, the daughter of former F1 boss Bernie, appeared to be in a playful mood when she visited Chessington World of Adventures in Surrey this week