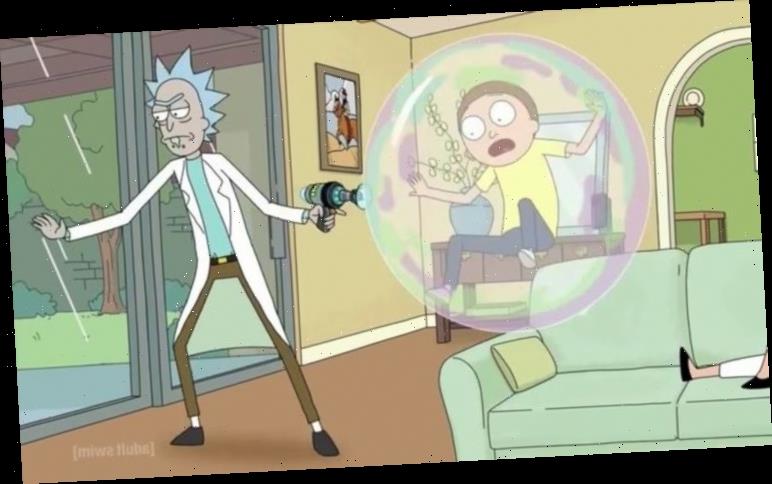 Rick and his grandson Morty (both played by Justin Roiland) are known for their perilous intergalactic quests and futuristic inventions throughout the Adult Swim series. However, one fan has noticed something not quite right about one of the mad scientist’s most resourceful creations.

Throughout their dangerous adventures through parallel dimensions, Rick has become renowned for pulling daring escapes quite literally from up his sleeve.

He is also known for making his useful yet often intrusive inventions permament fixtures in the daily lives of his daughter, Beth (Sarah Chalke), her husband Jerry (Chris Parnell) and their daughter, Summer (Spencer Grammer).

During season three, Beth and Jerry decide to separate, and Rick pulls out a nifty device to send Morty and Summer to his apartment for their weekly visit in The ABCs of Beth.

The Bubble Gun encases the kids in two giant floating bubbles that whisks them down the road, despite Summer protesting the lack of oxygen. 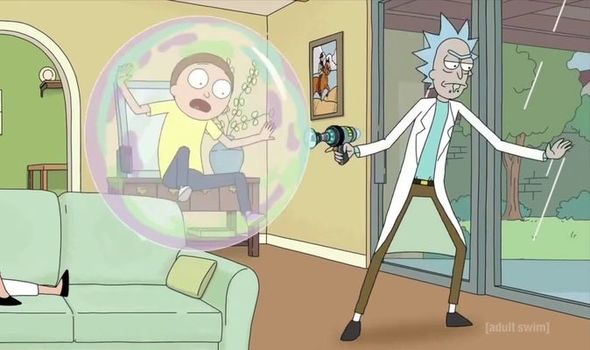 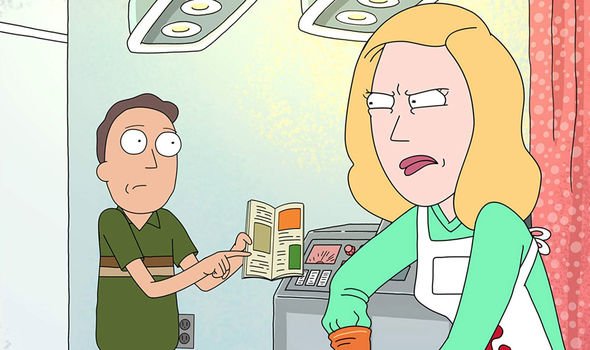 While the quick and effective transportation method was the envy of parents with particularly annoying children, when the bubbles finally pop it is revealed just how dangerous they are, with Morty and Summer both gasping for breath.

One attentive viewer noticed that the animation doesn’t quite add up between scenes.

Taking their criticism online, they said: “Rick traps Morty and Summer into huge soap bubbles along with their phones. The phones are no longer trapped when they reach their destination.”

A cursory look back through the episode does indeed reveal that Morty and Summer’s phones seem to vanish into thin air at some point during their trip. 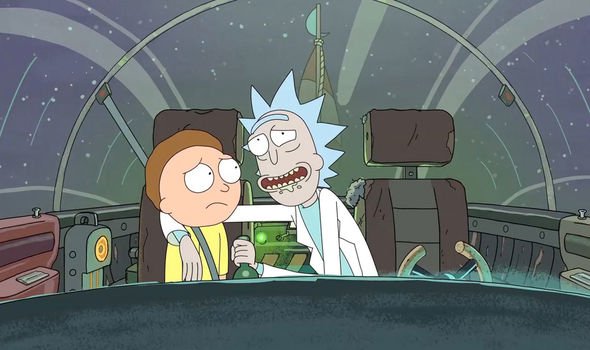 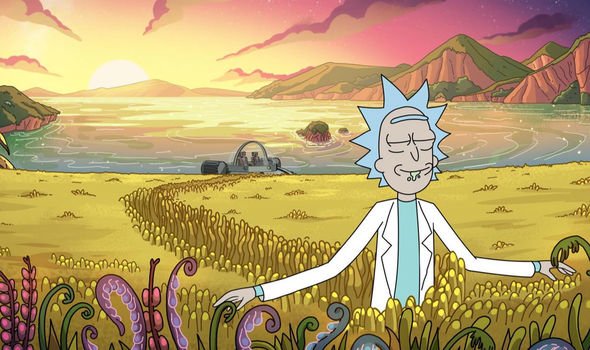 Although, it isn’t as if the soapy transport pods travel particularly fast, so they may have had the chance to simply slip them back into their pockets.

If anything, this pedandic insight is simply a mark of how far animation has come in recent years.

While each episode of Rick and Morty has its fair share of animation slip ups, the highly detailed style is a far sight more seamless than the cheaply produced animated sitcoms from years gone by.

For example, The Simpsons was one of the most popular shows on television during the 90s, but it received tonnes of complaints about its rough animation from picky viewers.

Rick and Morty’s bizarre intergalactic worlds, surreal landscapes and incomprehensible alien species have singled it out as one of the more invented animated shows on television right now.

Fans have set their expectations high for the remaining five episodes of season four.

Beyond the conclusion of the current season, Rick and Morty has been picked up for 60 additional episodes by Adult Swim.

It is expected that the lengthy waits between new seasons will start to shorten after season four, although the coronavirus pandemic has thrown a spanner into the productions of hundreds of series produced across the states.

In the meantime, Justin Roiland’s new science fiction comedy, Solar Opposites, is expected to fill the Rick and Morty-shaped hole in the TV schedule when it is released on Hulu on May 8.

No release date for the remainder of season four has been announced, but a post on the show’s official Instagram page confirmed it would be released sometime in 2020.

If needed, co-creators Justin and Dan Harmon could very likely rush the production of the series in self-isolation with flickbooks and improv, and still be met with celebration from Rick and Morty’s devoted fanbase.