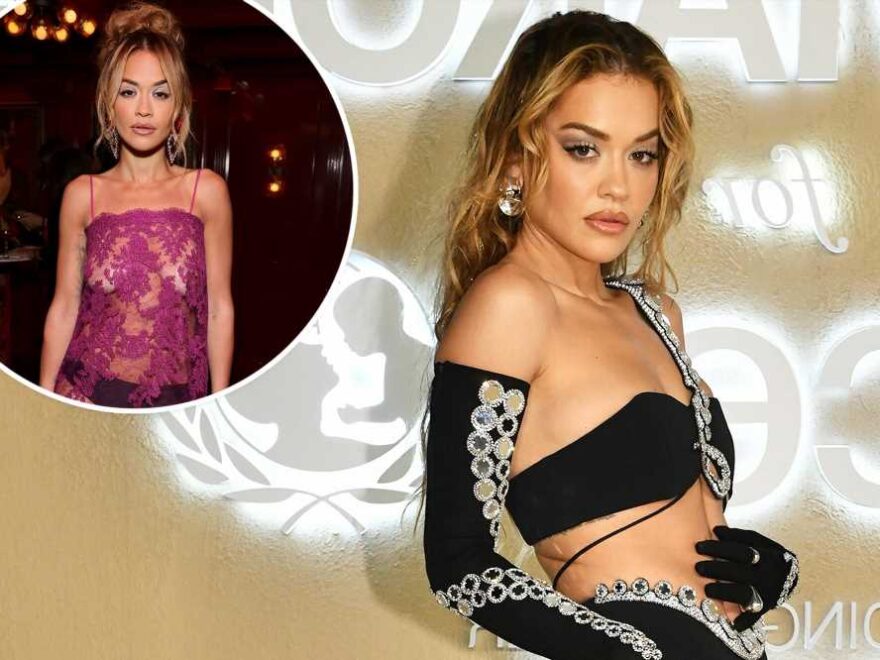 Rita Ora never met a “naked” dress she didn’t like.

The “Your Song” singer attended Netflix’s Golden Globes and Critics Choice Nominee party in Los Angeles on Sunday, clad in a totally sheer lace Rodarte number with nothing but a pair of black panties underneath.

While the vibrant purple style sells for $2,800 as a two-piece layered look, Ora boldly skipped the slip — and a bra — and accessorized with towering Christian Louboutin platforms and heart-shaped statement earrings. 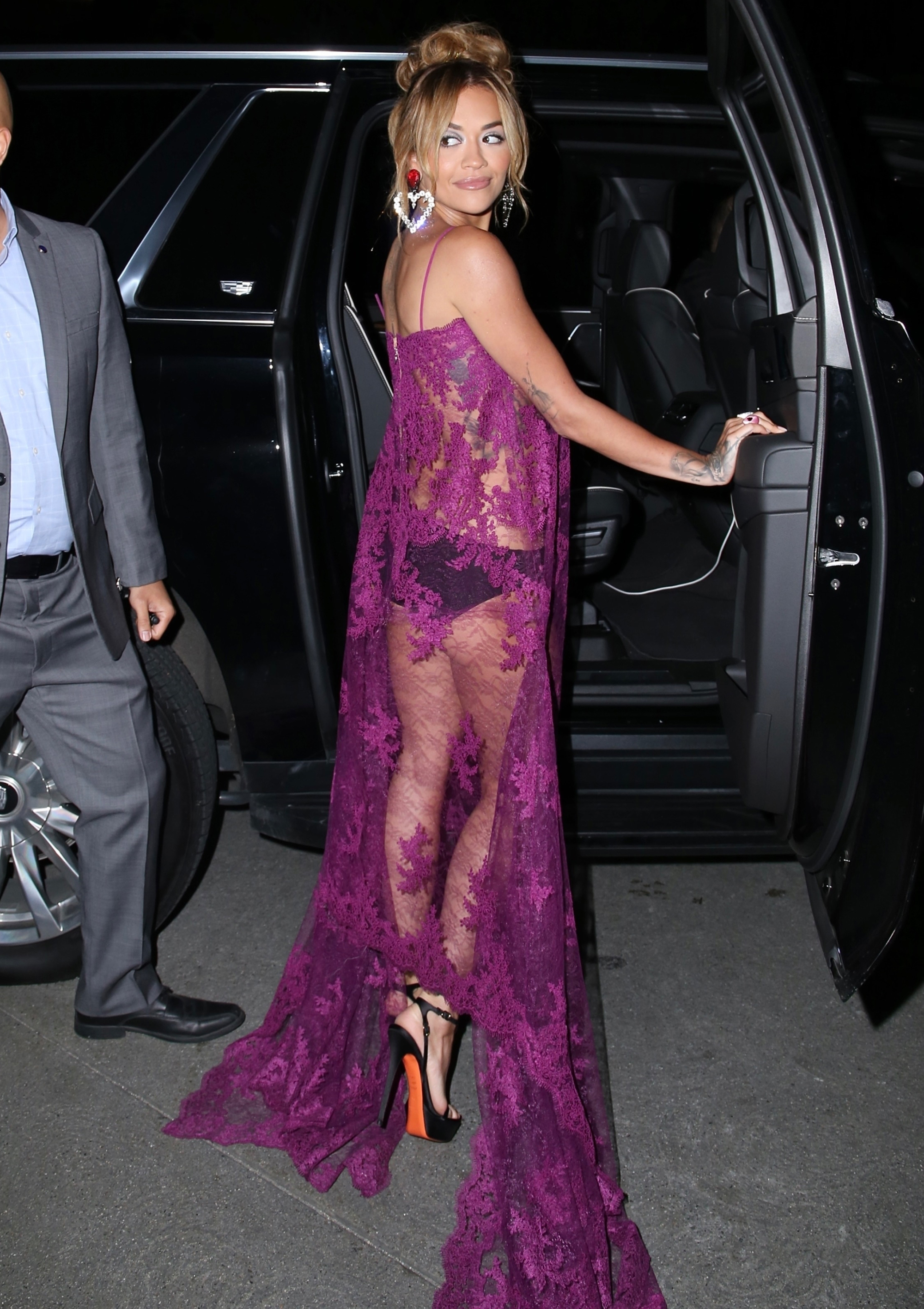 The star, 32, has been heating up Instagram in 2023, ringing in the new year with a series of sexy bikini photos as well as another transparent all-lace look by Dolce & Gabbana featuring a strapless bra top, opera-length gloves, sheer skirt and panties.

Ora posed with rumored husband Taika Waititi at Sunday’s event; the pair reportedly wed in August, and perhaps he’s the driving force behind her nearly-naked looks of late. The singer recently gushed over the “Thor: Love and Thunder” director, despite neither confirming their marriage. 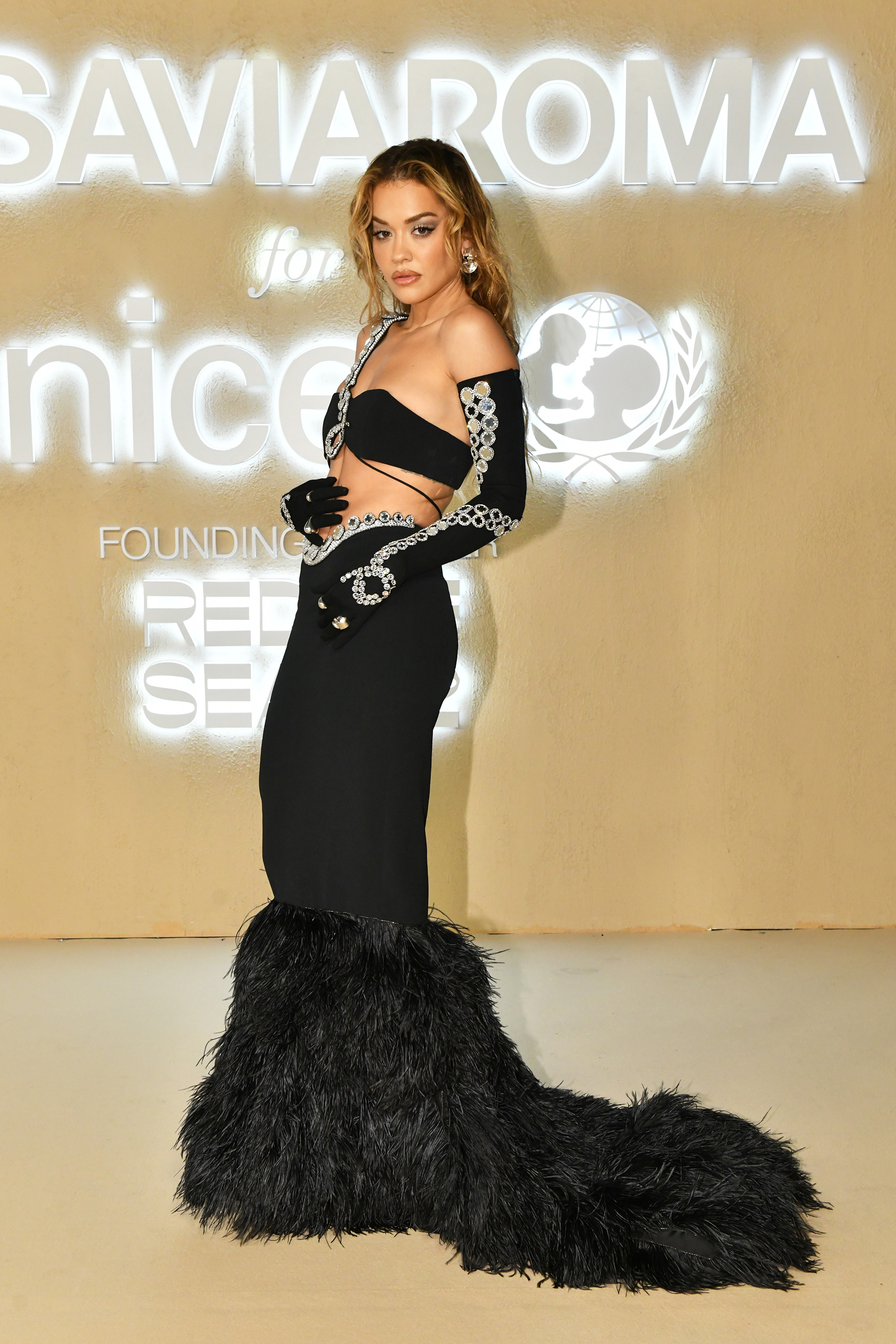 “[I’m] in love, very much in love. I’m in love, I’m in love,” Ora said an interview on the “Greatest Night Ever” podcast in September. “Amen! I love love.”

“I’ve always been such a believer in it and I always felt like — I always wanted the fairy tale,” the songwriter continued.

Instead of a glass slipper, perhaps it was her bra Cinderella left behind at this particular ball. 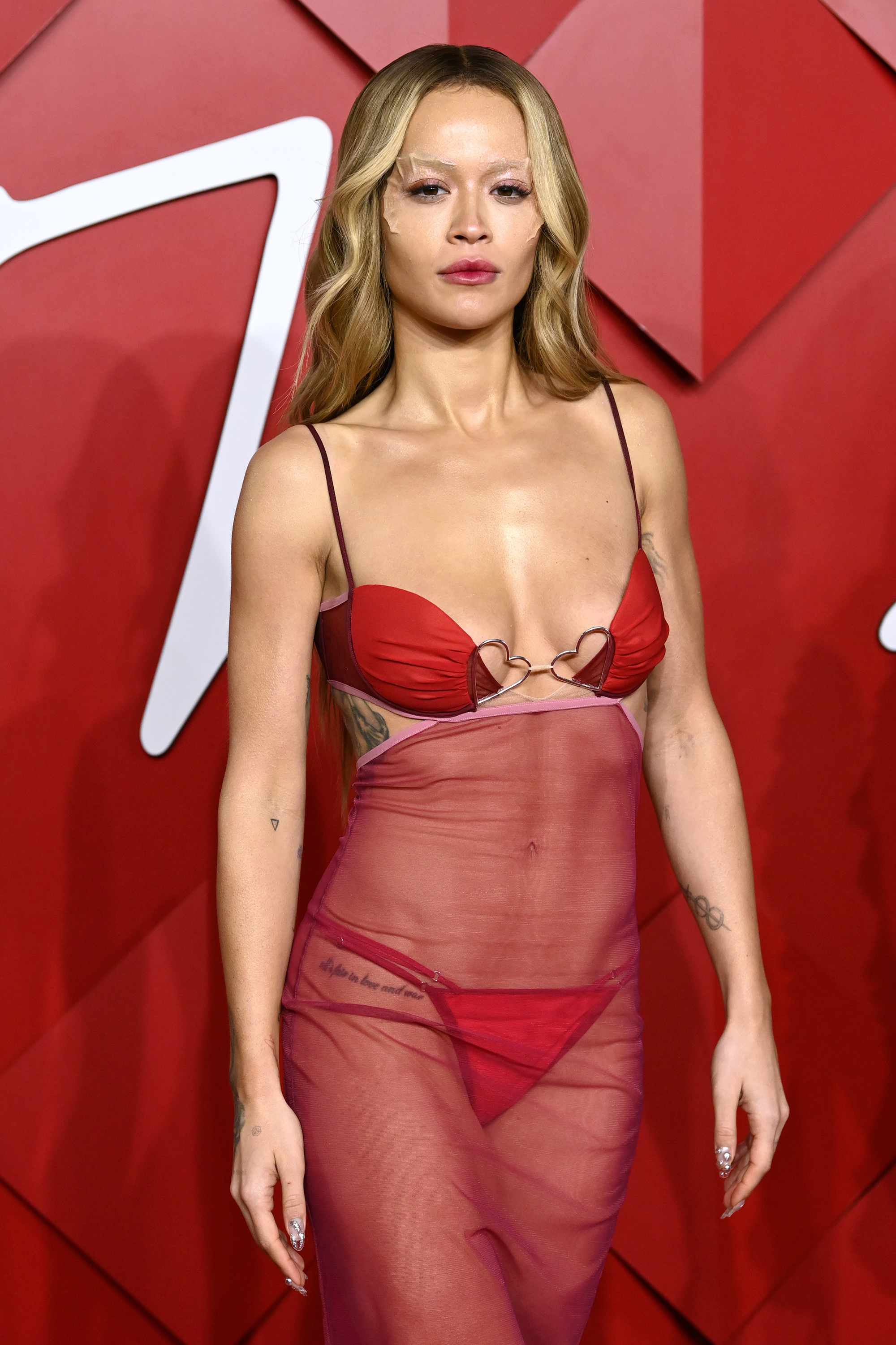