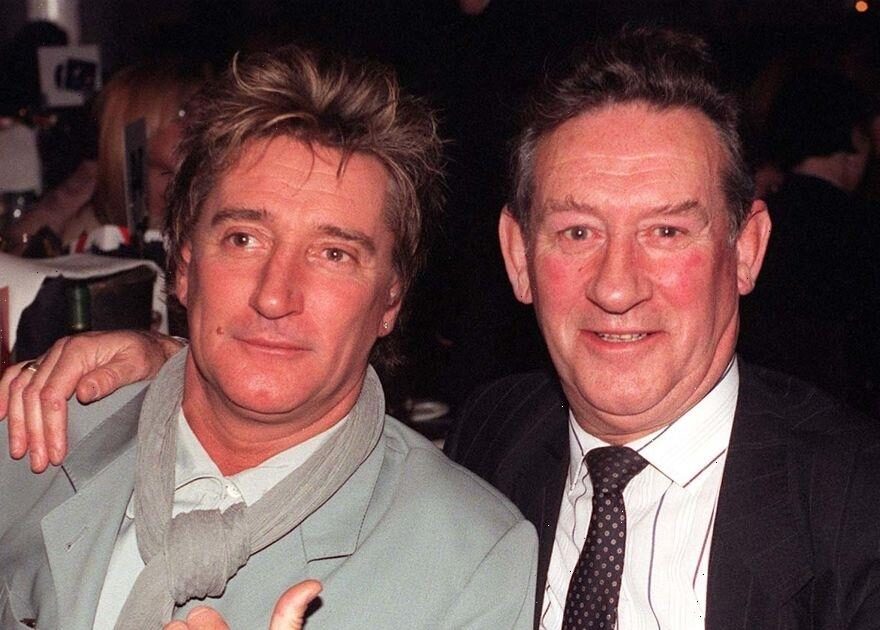 Rock and pop star Rod Stewart rose to fame in the 1970s with his debut single Maggie May, which spent five weeks at the top of the charts.

Well known for his raspy voice and songwriting skills, Rod went on to reach worldwide success, becoming one of the best-selling artists with 250 million records sold worldwide. Outside of his career, Rod married two times before settling down with current wife Loose Women panellist, Penny Lancaster.

The rockstar has eight children with his three wives, including daughter Kimberley who is married to Hollywood actor Benicio Del Toro.

Despite his success, the now 77-year-old has faced his own devastating tragedies throughout his life and career which the Daily Star have compiled.

Rod lost his two brothers Don and Bob in 2022, within two months of each other.

Don died in September, around the same time as the late Queen Elizabeth II, a double whammy for Rod who revealed he had suffered a "devastating 48 hours," having lost his monarch and his brother.

Shortly after his brother's death, another brother, Don passed in late November.

He took to Instagram to share the news, writing: "It’s with great sadness that I announce the loss of my brother Bob last night, who joins my brother Don on the great football pitch in the sky."

He continued: "I’ve lost two of my best mates in the space of two months. RIP Don and Bob, irreplaceable buddies."

Rod's 1976 hit The Killing of Georgie Parts I and II allowed the rockstar to detail the tragic murder of his friend Georgie, who it seems was murdered because of his sexuality.

Speaking about the popular track, Rod told The Guardian that although he only "knew him fleetingly," his story moved him and his generation.

"I only knew him fleetingly, he would play songs for us and say ‘Have you heard this?'" Rod revealed. He then went on to explain why Georgie's death impacted him enough to result in a tribute track.

"I was surrounded by gay men at the time. I had a gay manager and a gay PR guy. Long John Baldry, who discovered me, was gay," Rod explained.

Rod empathy in the song gave a public portrayal of a generation of gay people that was evidently missing in the 70s.

Culture Club frontman Boy George said in 2016 that his mother had bought him the record when it was release, claiming that it was "her way of saying, ‘I kind of understand but I don’t want to talk about it.'"

Rod's youngest son Aiden went "blue" and "unconscious" after a football match following a suspected heart attack. The rockstar then had to rush the 11-year-old to A&E where it was revealed the youngster had actually suffered from a panic attack.

Rod told FourFourTwo magazine about the ordeal, saying: "We thought my boy had a heart attack, he was going blue and was unconscious until he calmed down. It was scary, but it turned out to be a panic attack,"

"The lad wanted to do well, pulled on the Hoops in Scotland for his dad. In all of my days watching football, that’s the only time two ambulances had been called," he recalled.

In October 2022, Rod's eldest son, Sean, found himself in a worrying car accident when he was rear-ended by a pickup truck in Los Angeles. The actor who's starred in Sons of Hollywood was immediately taken to hospital after the crash.

While in the emergency services, Sean has an MRI which revealed he had a dislocated shoulder and other injuries, according to his manager, Wendy Feldman.

She told Page Six: "Sean has been working on his clothing line Dirty Weekend and some new travel projects for TV and other media. He was driving to a meeting, and the truck slammed into him rather fast,”

"Sean is very happy nobody was seriously injured and is very grateful for the efforts of the emergency and medical staff"," she continued.