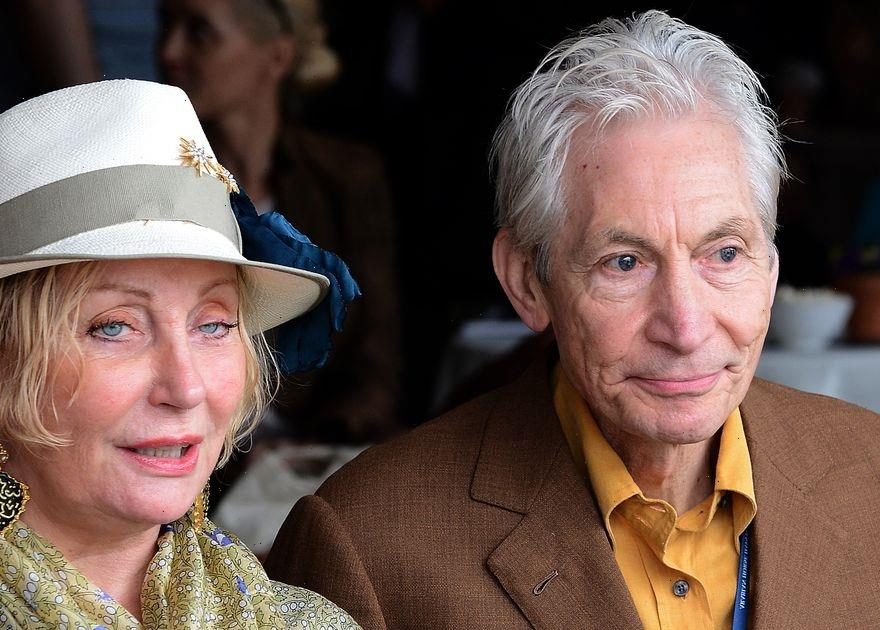 The last photograph of iconic drummer Charlie Watts from the Rolling Stones emerged after he died at the age of 80.

With the news of his death announced yesterday (August 24), fans and friends have been sharing tributes after being devastated by the sad news.

Forever Hounds Trust, a dog foundation have also paid tribute to the star, when they took to Twitter to write a sweet message and post a sweet snap of the star and his wife.

The rock and roll icon attended his last ever charity event with Shirley Ann Shephard, his wife of 57 years, in 2020.

The couple smiled together at an event for the dog foundation Forever Hounds Trust in May last year in one of the last photos of the star before he died.

Charlie and his wife adopted a 5-year-old greyhound pup named Suzie at the event last year.

In the sweet snap the pair posed with their new dog, looking loved up and joyful.

Charlie looked dapper as he wore a beige suit, while his lover wore a green jacket and causal jeans.

The couple met just before the Rolling Stones entered the world of fame and fortune. They married in 1964 and have one daughter, Seraphina.

Charlie passed away on August 24, when a statement was released.

His London publicist Bernard Doherty confirmed the news in a statement to the PA news agency.

The statement reads: "It is with immense sadness that we announce the death of our beloved Charlie Watts,"

"He passed away peacefully in a London hospital earlier today surrounded by his family."

Charlie was "a cherished husband, father and grandfather" as well as being "one of the greatest drummers of his generation".

The statement continued: "We kindly request that the privacy of his family, band members and close friends is respected at this difficult time."

The sad death came after Charlie missed his first tour ever, since joining the band in 1963.

Rock 'n' roll royalty have been paying tribute to the star, including Sir Paul McCartney who led the tributes, as well as Elton John and Ringo Starr.

For more of the latest showbiz and soap news from Daily Star, make sure you sign up to one of our newsletters here.