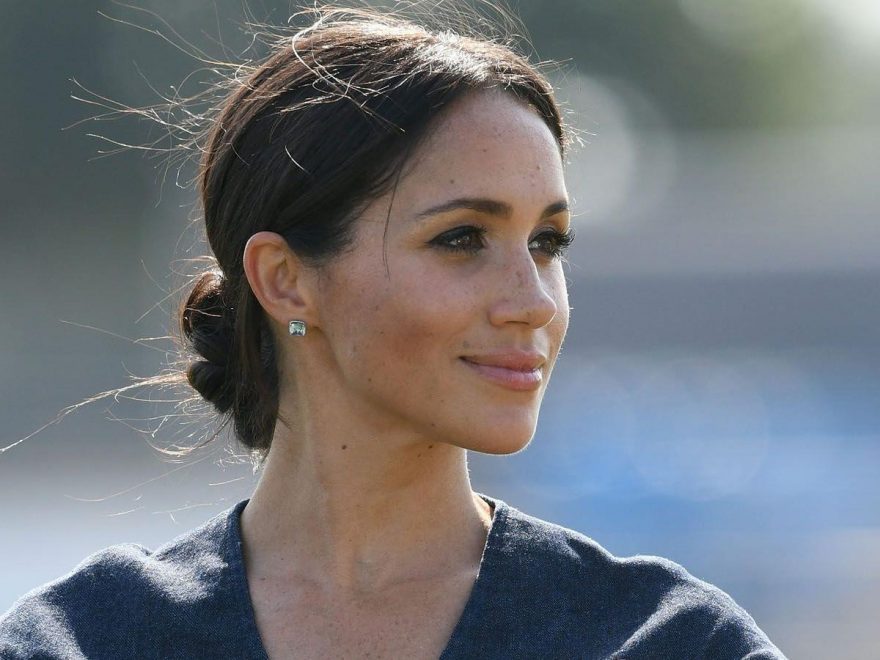 Meghan Markle, once known for being a talented actress, adorned the title of the Duchess of Sussex. Her extraordinary life includes getting married to the love of her life, Prince Harry, and changing each other’s world forever.

Meghan is a favorite amongst her UK subjects as she is often compared to her late mother-in-law, Princess Diana. Princess Diana was known for being her person besides the rigid hold of the royal family and her courageous, outspoken behavior. Markle follows in her path with the grit of character and the undying support of her husband, Prince Harry. In 2020, the royal couple made the headlines after renouncing their wealth and titles.

Here is a chronological account of the fantastic life of Meghan Markle.

Born in Los Angeles, California, on August 4th in 1981, Rachel Meghan Markle grew up with a father who connected with acting. Thomas Markle was a professional lighting director and her mother, Doria, was a therapist and yoga instructor. According to Britannica, Doria Ragland had previously been a Television studio intern before being a social worker.

RELATED: Fit For A Royal: Meghan Markle’s 20 Princess Worthy Outfits From Before She Got Engaged

Although her parents got divorced when she was about six years old, their professional lives had adequate clout on her later career prospects. The Duchess is known for her successful acting career before becoming part of the British royal family, but she also tried out other things in her life. She was into yoga and calligraphy once. The actress was also an instructor for bookbinding and later opened her clothing line. Meghan was brought up to be a strong-willed feminist interested in taking up politics at one point in her life.

A Career in the Movie Industry

Meghan always dreamed of being in the film industry but did not want to be a Los Angeles dreamer who wants to make it big in showbiz. Instead, she wanted to go slow about it and start training herself early in life. According to GH, she double majored in theater and international relations from Northwestern University in Evanston, Illinois. In college, Meghan also became a member of the Kappa Kappa Gamma sorority.

When she felt ready, the actress was back in LA to get launched in the film industry. At the beginning of her acting career, she performed in guest roles in CSI: NY, 90210, CSI: Miami, and Fringe; this was when she had to take up freelance calligraphy as a side business to pay the bills. One of her very first performances was in a show called General Hospital. She also played side roles in movies like Get Him to the Greek (2010), Remember Me (2010), and Horrible Bosses (2011).

In July 2011, Meghan got her big break when she landed the role of paralegal Rachel Zane in the popular show Suits, as stated by Celebrity Net Worth. She worked with the Suits team for over six years and left in 2017. This show was so well received that Meghan earned a jaw-dropping $50,000 per episode.

Getting Married to a Prince

Before getting together with Prince Harry, Meghan Markle was once married to an actor and producer, Trevor Engelson. They started dating in 2004 and were married by 2011. However, Meghan and Trevor had been in a long-distance relationship ever since their marriage, leading to no-fault divorce in 2013. Her next relationship was with another celebrity figure Cory Vitello.

The actress met Prince Harry in 2016, and they kicked it off instantly. By the end of that year, they had made it official, and by 2017 the couple got engaged. After her royal marriage with the Duke of Sussex in 2018, Meghan gave birth to her first child, Archie, in 2019.

Meghan’s life in the British Royal has been remarkable, particularly concerning her rebellious spirit. According to Biography, she broke the ‘handshake only’ rule of the royal household by hugging a ten-year-old girl who expressed her dream of becoming an actress like Meghan one day. Meghan, along with Prince Harry, renounced their royal titles in 2020, stepping down from being members of the British royal household.

A post shared by The Duke and Duchess of Sussex (@sussexroyal)

Meghan received initial inspiration from her mother’s social work endeavors, and she became one herself. Being part of the international charity One Young World, she stood as their spokesperson at a summit in Dublin in 2014. Besides working with organizations like the United Nations Entity for Gender Equality and the Empowerment of Women, she also became a global ambassador for World Vision Canada.

With Prince Harry, Meghan’s philanthropic causes received a newfound direction and became more extensive. They started working with Elephants Without Borders around the time when they got engaged and continued till 2020. Soon Meghan and Harry launched their official charity foundation by the name of Sussex Royal, The Foundation of The Duke and Duchess of Sussex.

Part of the epic life of Meghan Markle is shaped by the fact that she forms a power couple with her husband. But, individually, too, Meghan Markle is a force to be reckoned with. Besides her enviable net worth of about $60 million along with Prince Harry, she is an influential figure.