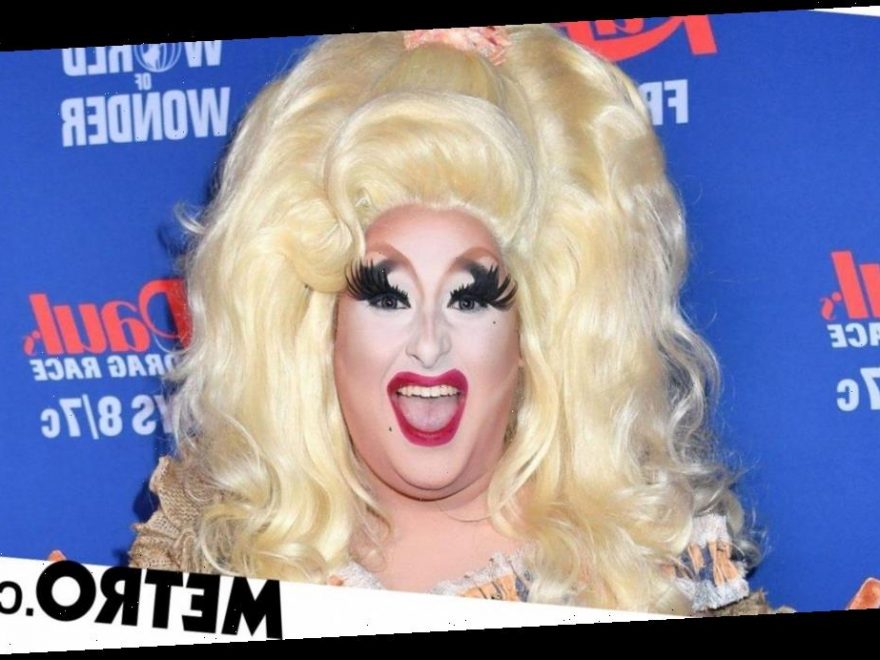 Her axing comes after it emerged that five actors had come forward to accuse the drag queen of posing as a casting director and asking them to record themselves for auditions.

Drag Race’s channel VH1 and production company World of Wonder confirmed to EW that that the competitor had been disqualified from season 12 of the hit show.

‘In light of recent developments and Sherry Pie’s statement, Sherry Pie has been disqualified from RuPaul’s Drag Race,’ they said in a statement.

‘Out of respect for the hard work of the other queens, VH1 will air the season as planned. Sherry will not appear in the grand finale scheduled to be filmed later this spring.’

One of the victims claims to have performed an act on camera which was ‘particularly sexual and awkward’ as part of a fake audition process.

He explained on social media that he was duped into believing he was auditioning for a part in an upcoming New York play.

The performer, real name, Joey Guiglemelli, today issued an apology on Facebook, stressing she’s sorry for causing so much ‘trauma and pain’.

‘I know that the pain and hurt that I have caused will never go away and I know that what I did was wrong and truly cruel,’ she said.

‘Until being on RuPaul’s Drag Race, I never really understood how much my mental health and taking care of things meant.

‘I learned on that show how important “loving yourself” is and I don’t think I have ever loved myself.

‘I have been seeking help and receiving treatment since coming back to NYC. I truly apologize to everyone I have hurt with my actions. I also want to say how sorry I am to my sisters of season 12 and honestly the whole network and production company.’

Metro.co.uk has reached out to Sherry Pie’s and Drag Race reps for comment.

RuPaul’s Drag Race season 12 airs on Netflix in the UK.