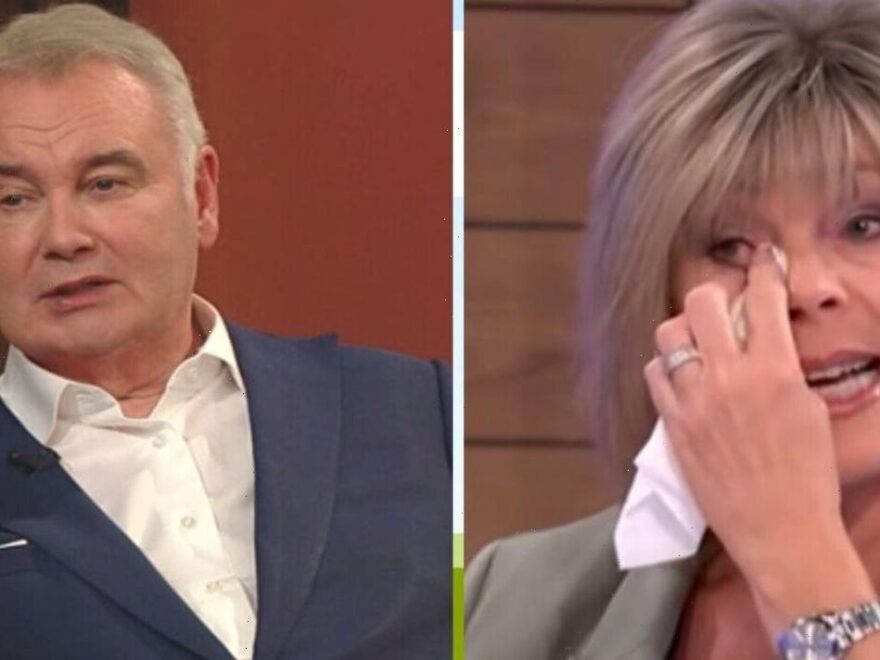 Eamonn Holmes and Ruth Langsford share one child together, although the GB News host has three other children from his previous marriage. The duo are well-known for their onscreen partnership on This Morning, but after being replaced by Dermot O Leary and Alison Hammond, the pair have continued to work on their solo projects. Eamonn became a new host on GB News, while Ruth continues with her work on the shopping channel QVC, as well as being a regular panellist on Loose Women.

In a new interview, Ruth opened up about suffering from “empty nest syndrome” when their son Jack went off to university.

She said while her stepson, Niall Holmes works for them, it felt strange for her when Jack finally left the family home.

Recalling that moment, Ruth explained: “I kind of thought, ‘Oh, of course, I’m going to miss him, of course, I am.’

“But I was happy for him to be going to uni and off you send them, don’t you?

“I managed to keep him alive for 18 years, and you hope they’ve parted with some wisdom, who knows? And off he goes.”

“I had no idea how awful I would feel,” Ruth continued in the Be Honest with Jojo and Bruce podcast. “And it was like when he first went to school, people say, ‘Ohhh when they first go to school…’ and I was like, ‘It’s not that bad’.

“I was quite looking forward to the time, and I remember his first day of school when he was staying all day…just coming home and suddenly going ‘Oh, yes’ and then feeling really teary.”

Discussing how she and Eamonn broke down in tears when they dropped Jack off at university for the first time, the Loose Women host remembered: “Both of us cried when we left him.

“We did a very strong like, patting of the back and like, ‘Alright, son’ and thinking, ‘Don’t cry, don’t embarrass him’.

“We’re standing in the reception of his student block, and as we got around the corner, I burst into tears.

“I then turn around to Eamonn and he was crying. Both of us sitting in the car like a pair of wrecks.”

During an episode of Loose Women, Ruth also opened up about her marriage to Eamonn and her fears about them splitting up.

The panel were discussing the topic of their partners cheating with a younger person, and whether or not it was the ultimate betrayal.

Ruth told her co-stars it would be her “worst fear” if Eamonn left her for someone the same age.

Explaining her reasons why, the 62-year-old said: “See I think, people go, ‘Oh, you’d hate it if you were dumped for a younger model’.

“But then I think, ‘No, the worst thing for me is if he went off with someone the same age.’

“I think that is harder than being dumped for someone younger. That’s my worst fear.”