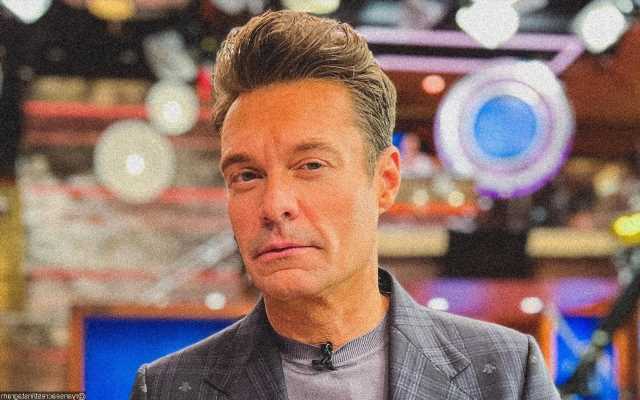 The 47-year-old media personality tests positive for COVID-19 just a few weeks after he and co-host Kelly Ripa celebrated their five-year work anniversary on ‘Live with Kelly and Ryan’.

AceShowbiz –Ryan Seacrest has tested positive for COVID-19. When coming forward with his diagnosis, the “Live with Kelly and Ryan” co-host asked his online devotees for TV show recommendations that he can watch while he’s in quarantine.

The 47-year-old broke the news on Instagram Story on Tuesday, October 11. “I don’t know how I avoided it for so long but unfortunately I tested positive for COVID-19 a few days ago and I’m currently in quarantine,” he began his message.

“While I’m feeling the usual symptoms, I hope to make a quick recovery,” the media personality added. “I’ll be in bed watching tv this week so please let me know if you have any recommendations (especially for any foodie shows!).”

Ryan might be a foodie now, but he once admitted that he used to have a difficult relationship with food because he was “teased” for being overweight when he was younger. “I was teased for it, and I will always see that little boy when I look in the mirror,” he said on his and Kelly Ripa‘s show.

That aside, Ryan and Kelly just celebrated their five-year work anniversary a few weeks ago. “It seems like not five years,” she said. “It seems like five minutes, but also 50 years. It feels like all of our life — and yet — it has gone in a flash.”

“I think because we’ve known each other for 20-plus years, that it’s been a long life together already,” Ryan, who joined Kelly as co-host in 2017, chimed in.