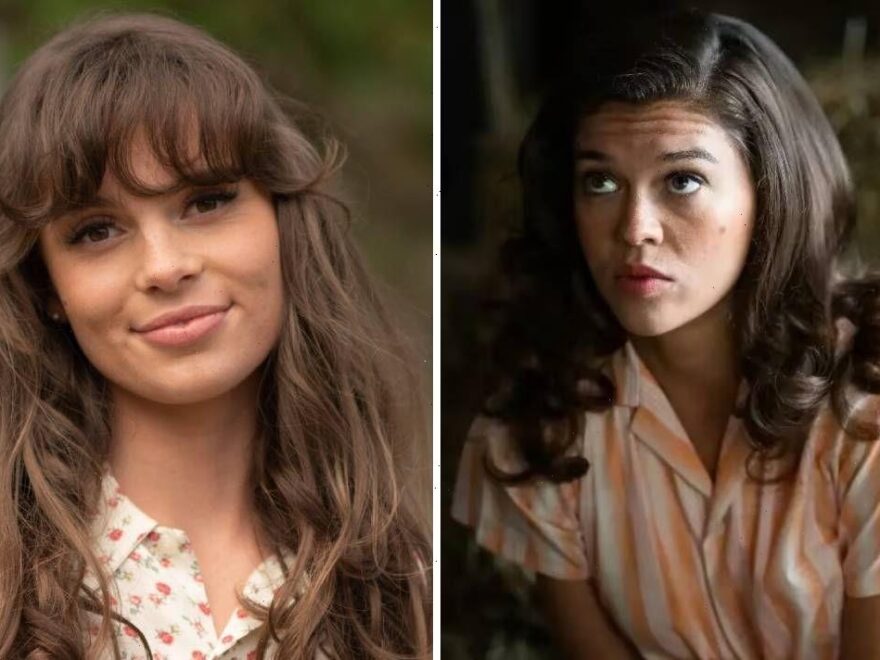 Bradley Walsh talks about wearing his grandad's hat on The Larkins

The Larkins is making a comeback after ITV renewed the comedy-drama for a season two. An adaptation of HE Bates’ The Darling Buds of May, many viewers already know and love the story of the Larkin family, made up of Pop (played by Bradley Walsh), Ma (Joanna Scanlan) and their six children. The oldest of the siblings is Mariette Larkin who was one of the main stars in series one.

WARNING: This article contains spoilers from The Larkins.

Mariette Larkin had a flirtationship with tax accountant Charley (Tok Stephen) throughout series one and fans were thrilled when they finally got together.

It was then in the Christmas special that the couple announced their engagement and Mariette and Charley tied the knot in front of all their loved ones.

While The Larkins has been off air, the newlyweds have been enjoying their honeymoon, spent travelling around Europe.

When they do return to the village, fans are going to see a new face on Charley’s arm as another actress takes on the role of Mariette.

Why was Sabrina Bartlett replaced as Mariette Larkin?

In February 2022, it was announced that actress Sabrina Bartlett wouldn’t be back as Mariette for series two.

It was reported at the time that her departure was because of a “sensitive” on-set disagreement while filming the show.

However, her publicist stated that the real reason behind Bartlett’s exit was because of “scheduling clashes”.

Bartlett herself has not spoken out publicly about the reason for leaving the show so abruptly.

Before joining the cast of the humble ITV drama, Bartlett was best known as Siena Rosso in the first season of Bridgerton on Netflix.

She had also been in The Passing Bells, Poldark, Da Vinci’s Demons, Versailles, Knightfall and Victoria.

Her only role this year has been working as a voiceover for The DioField Chronicle video game.

Shortly after it was revealed Bartlett wasn’t going to be back for more episodes, her replacement was announced.

Mariette is going to be played by actress Joelle Rae in the second season of The Larkins.

She made appearances as a character called Hannah last year in Emmerdale and featured in the Netflix series Get Even.

Rae had trained alongside Primrose Larkin star Lydia Page so it was a relief to see someone she knew as the newcomer.

She told The Sun: “I actually trained with Lydia. I trained at a place called Television Workshop in Nottingham.

“We were never in the same play group together. Then obviously when I heard that she was in it as well it was like, ‘Yeah! A familiar face!’

“Because coming into the cast, as somebody new, it’s obviously always going to be quite daunting. So since filming, we’ve obviously got a lot closer.”

Episode one of series two is entitled Bad Neighbours and will introduce Mr and Mrs Jerebohm (Julian Rhind-Tutt and Morgana Robinson).

The synopsis reads: “Pop Larkin hustles himself an offer he can’t refuse from Pinkie and Mr Jerebohm for the huge crumbling mansion next door.

“Ma and Pop struggle to warm to their new neighbours after a hilariously dire dinner party at the big house.

“And despite the Larkins’ typically upbeat efforts, it goes downhill from there, as the Jerebohms reach for their guns, are humiliated by Pop, and declare war.”

The Larkins season two premieres on Sunday, October 16, at 8pm on ITV.