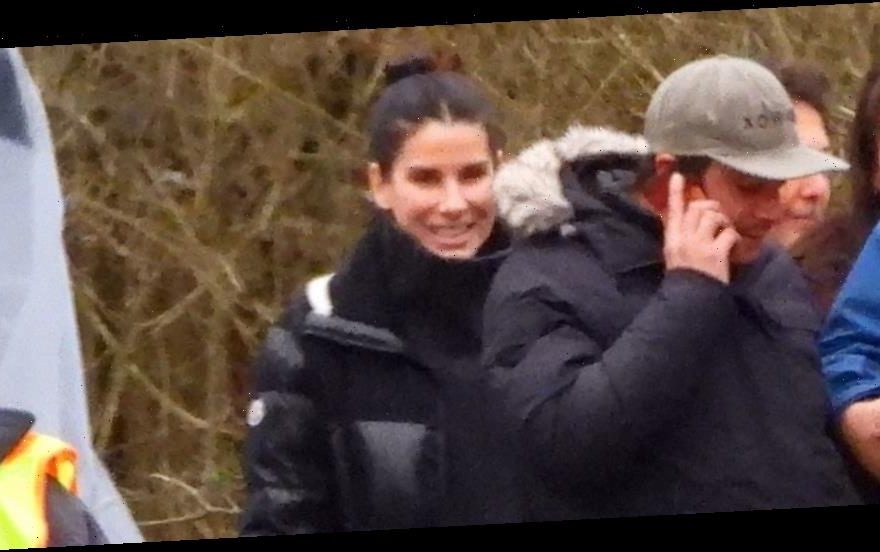 Sandra Bullock is hard at work.

The Bird Box actress was seen helping an elderly man on the set of her latest film on Friday (February 28) in Vancouver, Canada.

PHOTOS: Check out the latest pics of Sandra Bullock

Sandra was seen helping a struggling film colleague down a flight of stairs, then giving her dog some love on the set. She was seen earlier shooting scenes inside of a house, while her bodyguard took her dog for a walk.

The upcoming untitled Nora Fingscheidt-directed Netflix drama is about life after prison, and follows Sandra as Ruth Slater, “a woman released from prison after serving a sentence for a violent crime and who re-enters a society that refuses to forgive her past. Facing severe judgment from the place she once called home, her only hope for redemption is finding the estranged younger sister she was forced to leave behind.”

She recently opened up about the struggles of being a parent. See what she said!