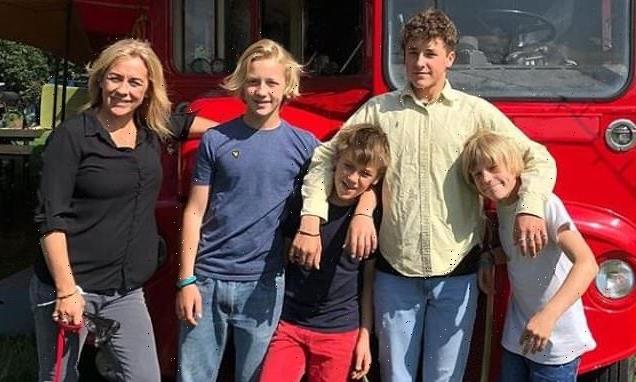 ‘He said I’d have to have them with my next husband!’ Sarah Beeny confesses she wanted more children after her four sons but their dad said a firm no

But she has admitted she was keen to have six kids before Graham said a firm no. 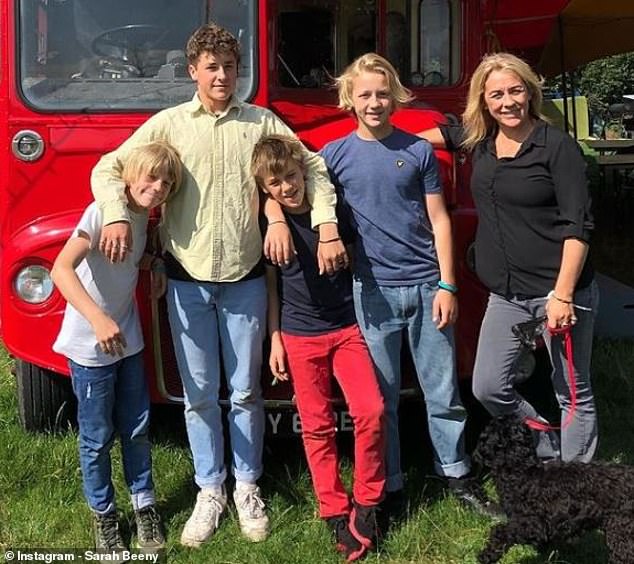 Mum: Sarah Beeny has revealed she still wanted more children after having her four sons Billy, 18, Charlie, 16, Rafferty, 14, and Laurie, 12, with her husband of 19 years Graham Swift

Speaking to the Daily Mail’s Richard Eden, Sarah quipped that Graham had told her if she wanted to add to their brood, it would have to be with another man.

‘I kind of wanted to have more children but Graham said that I’d have to have them with my next husband,’ said Sarah.

‘And I didn’t figure I’d find another husband with four kids, so I thought, “Oh, I’ll stick with you then.” I wanted to have six, really.’

The TV presenter and property expert, 50, revealed last month that she had been diagnosed with breast cancer and has since undergone at least one round of chemotherapy. 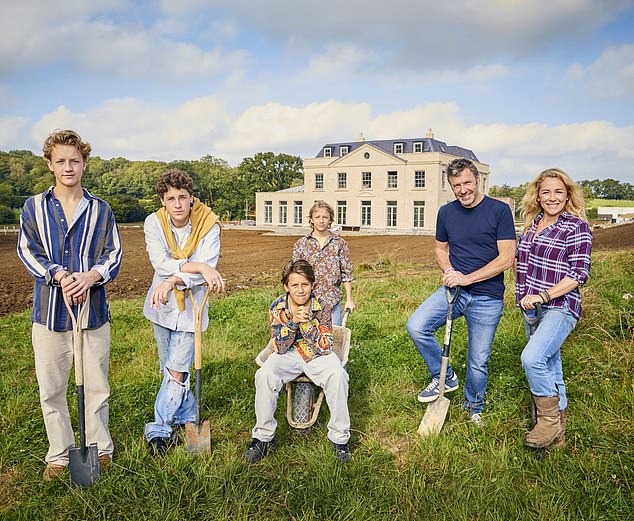 Family: Speaking to the Daily Mail’s Richard Eden, Sarah quipped that Graham had told her if she wanted to add to their brood, it would have to be with another man

Sarah revealed her diagnosis in an interview with The Telegraph, revealing that she had always suspected she would be diagnosed with the disease after her mother Ann died of cancer at the age of 39 when Sarah was just 10-years-old.

Sarah, who presents shows including Help! My House Is Falling Down and Sarah Beeny’s New Life In The Country, received the diagnosis after finding a lump which led to a biopsy.

She has been told the cancer has not spread and ‘there is an 80 percent chance of a cure.’

The star’s mother had breast cancer which spread to her brain and she died aged 39, when Beeny was 10. 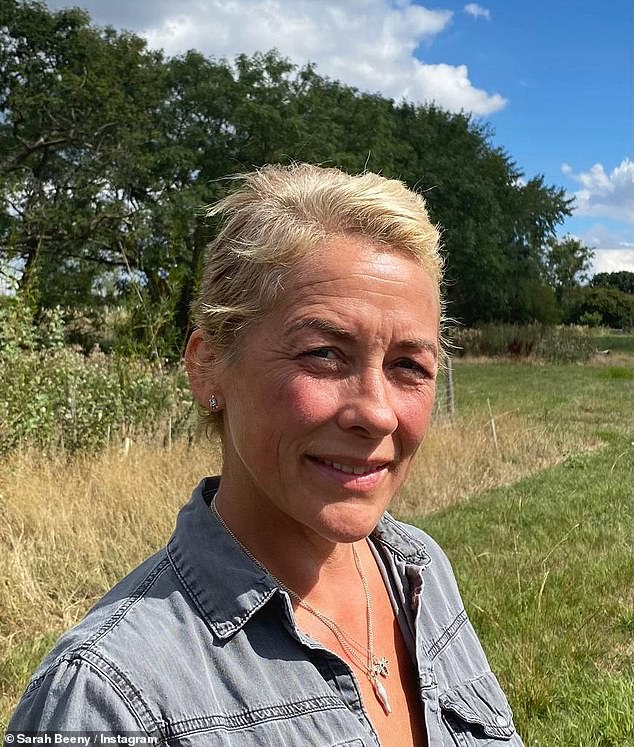 Diagnosis: Last month Sarah revealed she had enlisted the help of her four sons to cut her hair short, after being diagnosed with breast cancer and starting chemotherapy

Sarah admitted that she had ‘a little bit of a breakdown’ in the consultation room,’ but explained to the nurse:  ‘You don’t understand. I have waited 40 years to hear those words.’ I knew I was going to hear it one day.’

Days after starting chemotherapy she decided to enlist her four sons to help cut her hair short.

‘I was really, really sad before. I think because losing your hair is so real: before that, you can sort of pretend it’s not happening,’ she added of the pivotal moment. 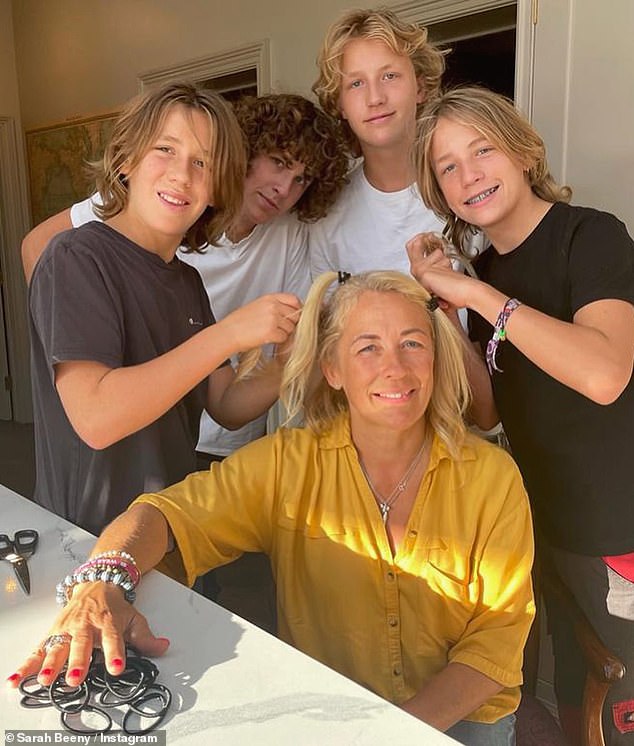 Hair cut: She admitted that Billy, 18, Charlie, 16, Rafferty, 14, and Laurie, 12, are ‘not going to be famous hairdressers’ after the uneven cut

She documented the moment in an Instagram post, writing: ‘A little pile of not very good condition hair on it’s way to @officiallittleprincesstrust – my trainee hairdressers cut off my hair on Friday night – getting one step ahead after first chemo treatment for breast cancer on Friday – the exclusive club you’d rather not be a member of!’

Sarah added in her interview that while she wasn’t told her own mother’s cancer was terminal, she has been upfront about her own diagnosis with her boys.

‘I’m lucky because I live in a family where we all talk,’ she explained. ‘They just said, “You will be honest?” And I said, “I promise you that I’m going to be around for a jolly long time yet. It’s going to be a bit difficult. But I promise I won’t lie.’” And I think they were OK once I said that.’ 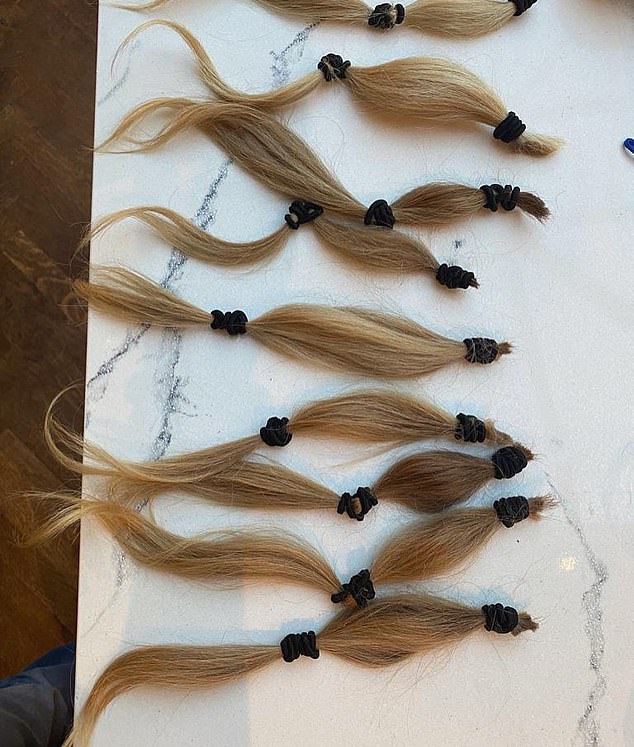 Charitable: Sarah said she was ‘getting one step ahead’ of the disease by cutting her hair and donating it to a charity who provides free wigs to children with cancer

Despite her diagnosis, Sarah has said she will continue to work and is currently focused on a new Channel 4 series and book she has planned for later in the year.

Sarah and her family left their London home in March to move to a seven-bedroom home in Somerset, after buying a 220 acre former farm in 2018.

The family have made the move permanent after documenting the purchase and restoration of the farm on the Channel 4 series Sarah Beeny’s New Life In The Country.

Back in 2010 Sarah also featured her family in the series Beeny’s Restoration Nightmare, which documented her and Graham’s renovation of Rise Hall, a Grade II-listed stately home in Rise, east Yorkshire.

They transformed the stately home into a family house and wedding venue and sold the property in 2019. 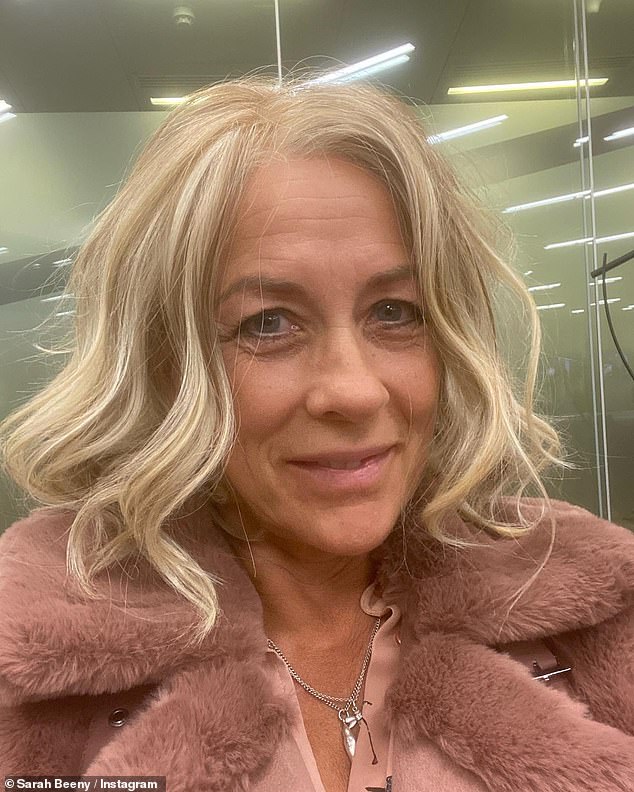 Brave: Sarah has showing off her new wig after shaving her head because she lost most of her hair in 24 hours during her chemotherapy

Sarah’s four sons, who have formed a band, recently dedicated a song to her, with the proud mum taking to Instagram on Mother’s Day to share the track with fans.

The four boys have named their group Entitled Sons -a cheeky reference to their privileged upbringing.

The song, titled Unconditional sees the property mogul’s face on the front cover merged ‘creepily’ with her son Charlie’s.

A delighted Sarah was moved by their dedication, made with the help of their Father.

Captioning the post: ‘It was worth every moment when your sons write a song for you like this!! It’s on presale now and out next week #luckymother – link in my bio.’

The Macmillan Support Line is a free and confidential phone service for people living and affected by cancer. Call 0808 808 00 00 for support 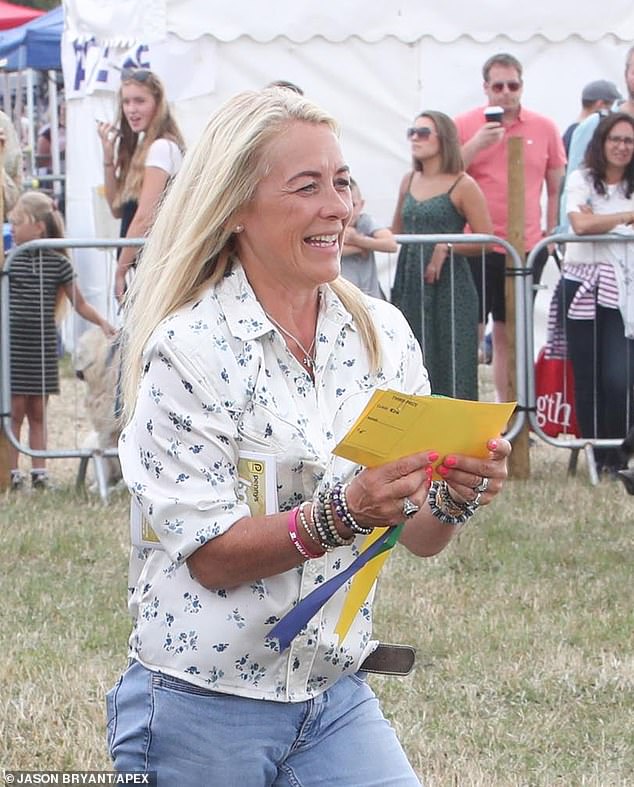 20 years on TV: Despite her diagnosis, Sarah has said she will continue to work and is currently focused on a new Channel 4 series and book (pictured on August 24)