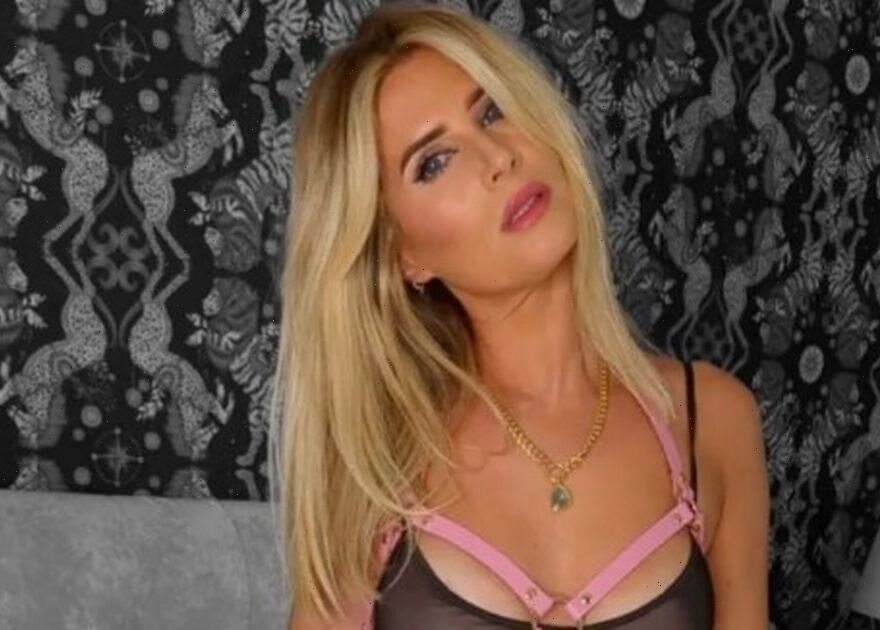 Sarah Jayne Dunn has hinted she'd love to do the first ever pole dance on Strictly Come Dancing – and would do the BBC show "in a heartbeat".

The former Hollyoaks star also admitted she'd love to sign up to a pole dancing reality show if they ever created one as she'd be "right in there."

Sarah, 41, spoke about Strictly and her newfound "love" for pole dancing during an exclusive chat with Daily Star following the release of her new 2023 calendar, which is out now.

Sarah confirmed she'd already been seen for the show once or twice and that it's "really difficult" to get a spot on the show.

On Strictly, she said: "I would do it in a heartbeat, but then again every woman in the country would do Strictly in a heartbeat, so it’s a really difficult one to get on. I’ve been seen for it a couple of times.

“Until you get asked the question, you just don’t know what the answer would be, apart from Strictly. I’d bite their hand off."

When suggested she could do the first ever pole dance routine on the show, she replied: "Yeah! Yeah. That’s a shout."

Sarah said she had "always" wanted to try out pole dancing, and that she's picking up skills at a rapid pace.

She added: "I’ve found a real passion for it and a real swift progression at it as well. I think because I love it, I’m like ‘I want to do more, I want to get better at this.’.

"It’s upper-body, core, stamina, everything. I’ve got bruises like I’ve never known in my life!"

The actress joined OnlyFans last year and has been so successful on the adult subscription site that she's reportedly been raking in as much as £700,000.

She said: "There’s two people that I’d really like to work with. Megan Barton-Hanson. She was really supportive of me when I first joined the platform, and I think she’s a great voice for women and sort of not giving a damn what people think, which is great.

"And then Lottie Moss. We went to an OnlyFans lunch and she was there, but I didn’t get a chance to speak to her and I was gutted! So I’ve reached out to her since then because again, I think she’d be a great one to collab with. It’s just lining it up."

Sarah said she's felt more confident than ever in her body since becoming a mum, and that she gives less of a damn what people think.

"The second you become a mum you get labelled and stereotyped as a mum," Sarah said. "One of the biggest comments I've had in the past year is 'You're a mum, you're not allowed to be sexy'. It's like, what does becoming a mum change?"

"I'm still the woman I was before. If anything, I feel like I know my body better. I'm more comfortable in my own skin. I give less of a damn than I ever did before and I think that's both an age thing and becoming a mum as well."

Sarah loves trying out sexy outfits, from lingerie to miniskirts, and she recently rocked up to Love Island star Tasha Ghouri's Ann Summers party in a stunning sheer black jumpsuit.

She added: "I want to be an inspiration to other women. I want to show that we can be in our 40s, 50s, 60s and still be strong and sassy and sexy and not be disregarded when you get to a certain age. It's bull***t and old fashioned."

Sarah's 2023 calendar is out now and available to buy from her site here.