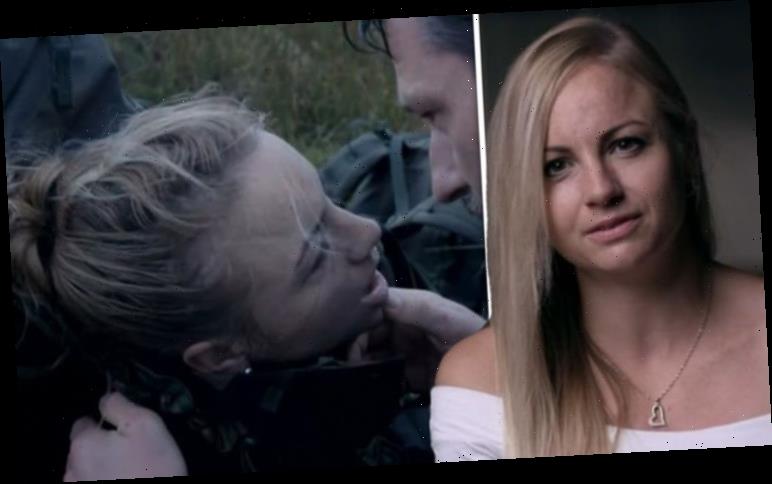 SAS: Who Dares Wins showed off the recruits taking on even more brutal challenges this evening. With the show kicking off in the middle of the night with a beasting, viewers knew they were in for a harsh edition of the show. And it certainly got rough when number 19, Kiersty, collapsed.

The recruits were given a horrifically hard task this evening, as they were split into two teams, and were told to scale a mountain.

To make matters worse, they had to traverse the various streams and obstacles along the way with the staff as casualties.

This detail meant they had to carry extra bags, and an entire body, without stopping.

As the weight of the crew was spread around the team, each member took as much as they physically could.

READ MORE: SAS Who Dares Wins 2020 location: Where is it filmed? 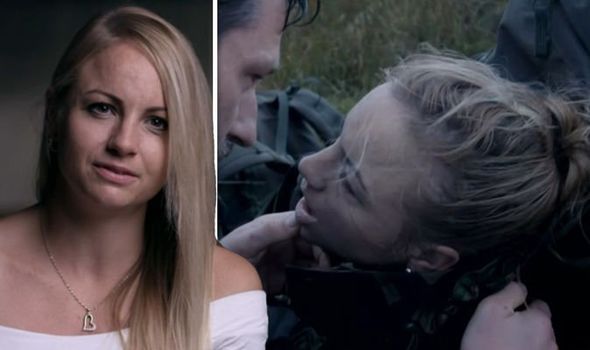 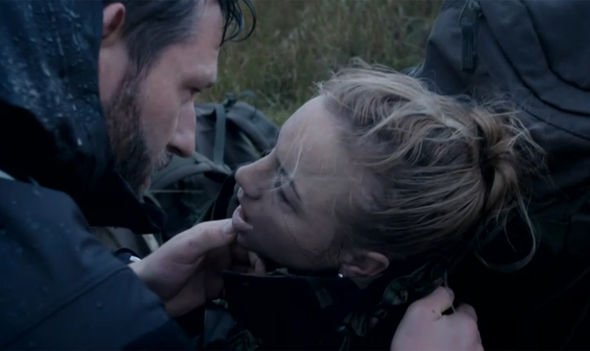 Number 19, Kiersty, acted as a point lead for her team, and was holding three enormous bags on her own.

After revealing in a video diary that she would never give up, Kiersty was shown struggling with her three bags.

She then shouted at her team that she was going to be sick, before collapsing.

In a terrifying scene, Kiersty was completely white, and was not conscious. 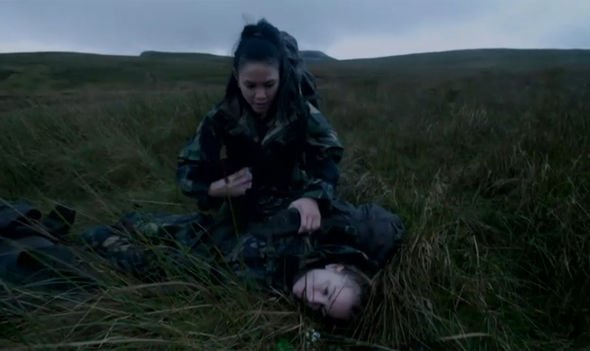 Fans watching the show were worried for the contestant, as one wrote: “She went white #SASWhoDaresWins.”

Another announced: “F*****g hell. That girl fainting was scary #SASWhoDaresWins.”

With a third commenting: “Jehussssssss real casualty with #19. She literally looked dead #SASWhoDaresWins.”

It hasn’t been the easiest journey for Kiersty, as she recently told Express.co.uk about her experience on the show.

On her tasks, she spoke about how it felt being on the front line, Kiersty said: “I remember being up there and thinking, this is so dangerous! I don’t know how it’s not been called off!”

Speaking out about how difficult the tasks got, Kiersty reminisced about some of the contestants hallucinating during the show.

She went on: “That challenge was so physically tough on everyone, some of the people were hallucinating.

“Their bodies turned to jelly by the end of it. It was so strenuous on our bodies.”

She also touched upon getting shouted at by the staff throughout the show.

Kiersty revealed: “Sometimes you take it to heart and, I guess.

“It’s quite hard with those guys to know whether they’re being serious or they’re playing mind tricks on you. To this day, I still don’t really know.”

SAS: Who Dares Wins continues Sunday on Channel 4 at 9pm.