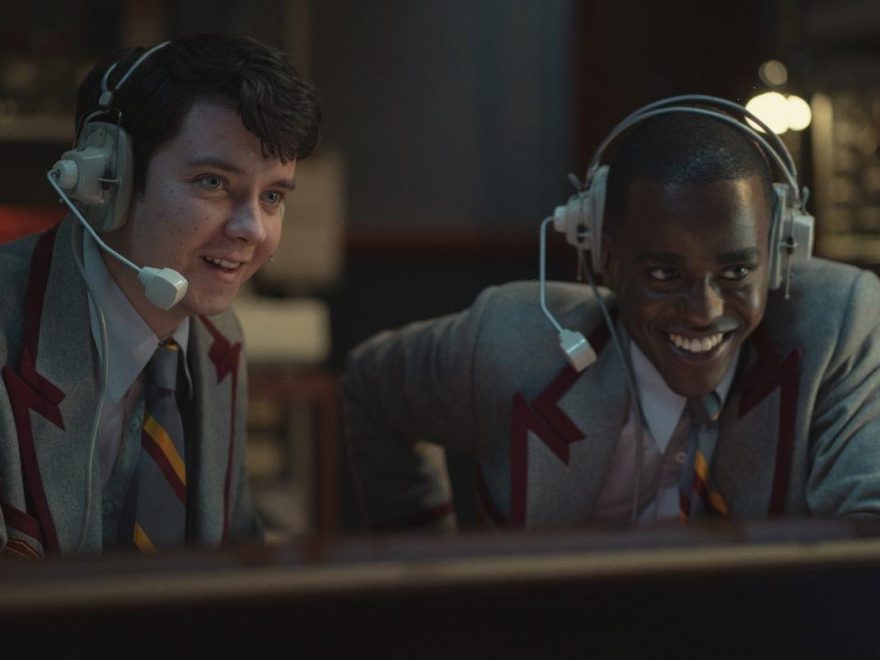 Sex Education is a British comedy-drama TV series that has taken the world by storm, ever since the first season was released to Netflix in early 2019. With relatable, hilarious situations and plenty of character-based comedy, Sex Education quickly became one of the biggest shows on the streaming platform.

Not only has the series received massive critical acclaim, but audiences can’t seem to get enough of Sex Education as well — and with the recent release of the third season, more fans are discovering the series than ever before. One of the show’s main characters, Otis, seems to be in the forefront for the third season — and his choice of outfit might be a clue as to the character’s state of mind.

What is ‘Sex Education’ about?

Sex Education premiered on Netflix in January 2019, introducing the world to Otis Milburn, a student at Mooredale Secondary School. Otis has an interesting relationship with sex, thanks to his mother Jean, who works as a sex therapist. Jean often has affairs but is generally unable to maintain any sort of meaningful romantic relationship.

Otis decides to set up a sex clinic in the first season, with the goal of helping his fellow students deal with sexual issues. But matters are derailed when Otis develops a serious crush on the rebellious and dynamic Maeve Wiley, his partner in clinic operations.

Sex Education not only features frank discussions about mature themes, including sexuality and maturity, but plenty of humor as well — making it an immediate hit with viewers and critics. The show has a star-studded cast, including Gillian Anderson as Jean and Emma Mackey as Maeve, but it is young actor Asa Butterfield on whose shoulders a great deal of the Sex Education rests.

The character of Otis Milburn is complicated, a teen who struggles with his own sexuality while giving sex advice to his peers. Asa Butterfield runs the gamut of emotions as Otis, but over the seasons, fans must rely on Otis’ physical reactions and dialogue as clues to his state of mind, rather than on his wardrobe.

Rather, as reported by ScreenRant, Otis wears essentially the same wardrobe throughout the first two seasons of Sex Education, including a brown and cream retro jacket that stands in stark contrast to his friends and companions.

One of Otis’ biggest problems throughout the first two seasons of Sex Education is how to express himself sexually, and that ultimately translates to his fashion sense. He is slightly awkward, so it is possible that he chooses familiar clothes that he believes keep him from being noticed.

With the third season of Sex Education currently streaming on Netflix, many fans are finishing up the first two seasons and preparing to binge-watch the new one. Those fans who have been keeping an eye on sneak peeks for the new season will notice that promos reveal Otis wearing the same retro-style jacket that he has rocked for the first two seasons.

Since one of the central themes of the latest season of Sex Education seems to be the relationship between Otis and Maeve, it could be that he is clinging to the past, uncomfortable with letting her get too close to him, in spite of his own feelings. Wearing the same jacket could be a comforting symbol for Otis, as much as it is a fashion statement. With a fourth season of Sex Education already confirmed, fans will get to enjoy even more of Otis’ journey in the coming years.