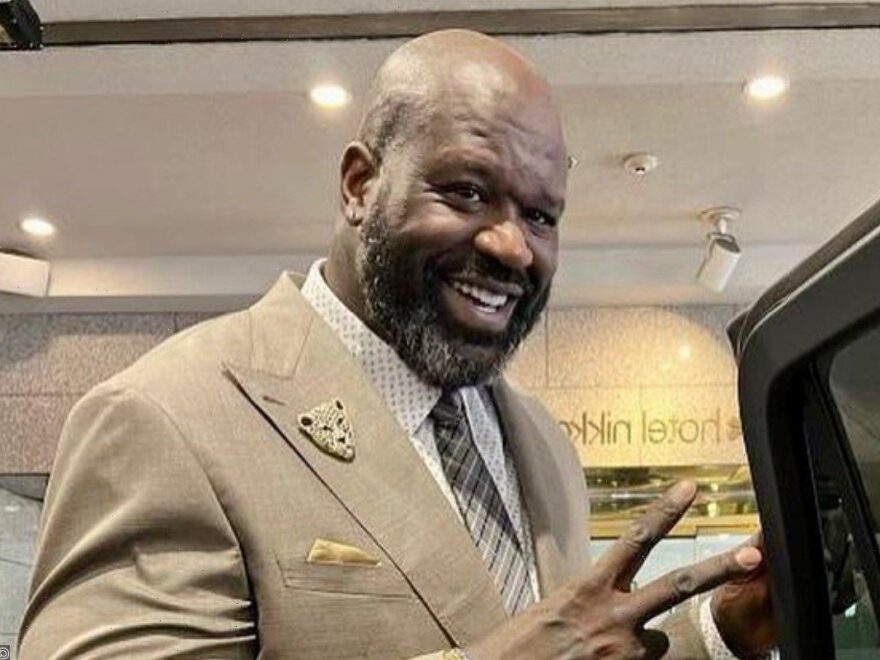 Despite losing a lot of weight, the former basketball pro player reveals that he wants to lose 20 pounds more and he is giving himself until his 51st birthday in March 2023.

AceShowbiz –Shaquille O’Neal knows how to celebrate his body transformation. In a new interview, the retired NBA star jokingly said he will star in an underwear ad with his sons after losing 40 pounds.

The 50-year-old opened up about his latest achievement when speaking to Entertainment Tonight. “I lost 40 pounds,” he divulged. “I need to lose about 20 more, but impressive. Imma get real chiseled up and do an underwear ad with my sons.”

Shaq said he is hoping to reach his weight goal when he turns 51 on March 6 next year. “Shirt off. Chiseled,” the former basketball pro player promised.

Shaq said he decided to lose weight after getting some revealing blood work back. “I got a couple people involved — It’s all about eating right. I got some blood work done, a friend of mine called me and said, ‘You’re fat,’ and she gave me this guy’s name, and he did some blood work, and you know, ’cause I was the athlete — I wasn’t a salad eater,” he explained.

“I won’t pay attention to any of that. I don’t care about none of that,” he continued. “I didn’t know what the difference between a carb and a protein, at 50 years old I never knew. So, he was saying you can’t do this, you can’t do that, more vegetables, my iron’s low. And once I just started changing those certain things, it dropped.”

“Plus the supplements I’m taking, and the shakes I’m drinking, the weight just fell off,” Shaq, who recently shot his shot to GloRilla during an Instagram Live, further elaborated. “I’m not at 100 percent ninja mode yet. I’m still 75 percent.”