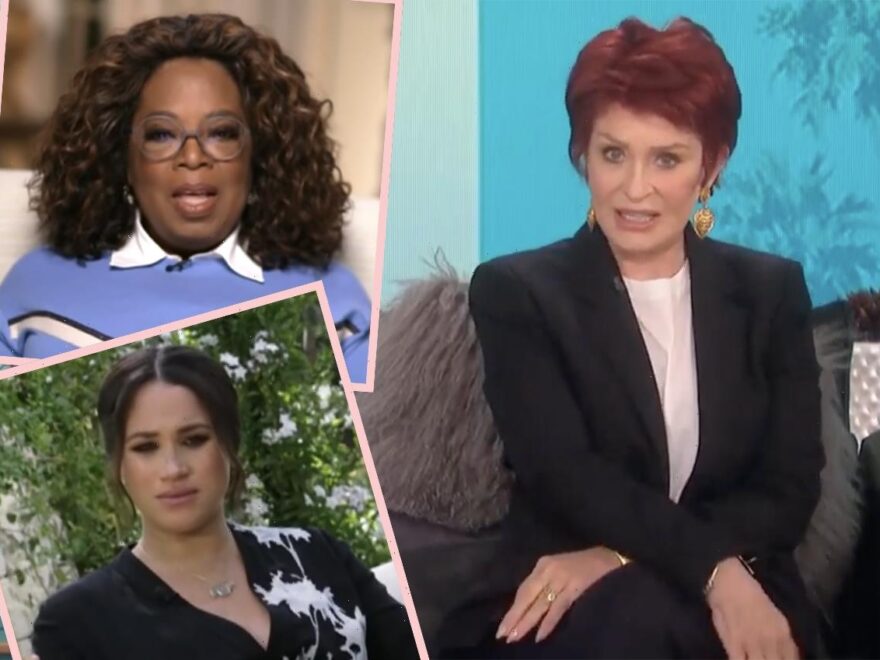 Sharon Osbourne is not happy with CBS.

As many of you will likely remember, the 69-year-old was the subject of a heated debate on her former daytime show, The Talk, last March. Basically, she supported pal Piers Morgan, who was being called racist online for blasting Meghan Markle after she revealed Royal racism in her interview with Oprah. See exactly what went down (below):

Sharon then took an extended hiatus from the show, and shortly after reports surfaced alleging she was “set up to fail” during the broadcast so CBS could fire the longtime show vet to save on her expensive salary. CBS then came out with an official statement announcing Sharon’s exit, noting:

“As part of our review, we concluded that Sharon’s behavior toward her cohosts during the March 10 episode did not align with our values for a respectful workplace. We also did not find any evidence that CBS executives orchestrated the discussion or blindsided any of the hosts.”

Now, over a year and a half later, Sharon is digging back into what went down. In an exposé published Wednesday, Page Six revealed the British TV personality still believes CBS actually DID play a role in the nature of the infamous broadcast, claiming it was all part of an elaborate punishment.

She explained network executives were elated with Oprah’s 2021 interview with the estranged Royals, which aired on CBS, and that head of programming Amy Reisenbach was infuriated that Osbourne, a CBS employee, was less than impressed both privately AND publicly. Sharon noted:

“They were initially pissed with me because I was saying the was s**t. Just to people at the studio. I didn’t feel it was genuine. I had supported Piers freedom of speech because he’s a journalist.

She went on to claim The Talk showrunners Kristin Matthews and the late Heather Gray informed her that Reisenbach ordered them, against their will, to defame Osbourne on national television as a means of payback for her comments.

Whoa, what?! Definitely a lot different than what CBS themselves had to say in their official statement last year! But how did the showrunners defame her??

The problem with this claim is… the controversy around Sharon had less to do with her support of Piers or negative opinion of Oprah — it was all about how she comported herself on that stage! And that’s not something some CBS exec could have orchestrated, even if they were upset with her. Sharon, we love ya, but… this conspiracy theory talk isn’t making sense.

Sharon is set to address her dramatic exit from the talk show in her upcoming four-part docuseries, Sharon Osboune: To Hell and Back, airing on Fox Nation September 26.

Whew, lots to digest! What are YOUR thoughts on all the CBS/Sharon Drama, Perezcious readers? Do you think Sharon’s departure from The Talk was orchestrated? Let us know in the comments (below)!