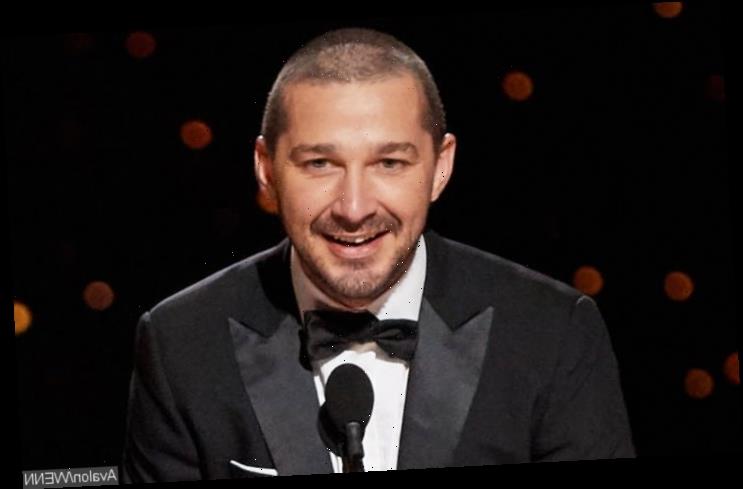 ‘The Peanut Butter Falcon’ actor was spotted wearing a thin silver band on his ring finger when walking the red carpet as well as when presenting an award with co-star Zack Gottsagen.

AceShowbiz –Shia LaBeouf has sparked rumours he’s tied the knot in secret as he sported what appeared to be a wedding ring at the 2020 Academy Awards on Sunday night, February 09.

The 33-year-old actor was seen wearing a thin silver band on the ring finger of his left hand as he walked the red carpet at the Oscars. He then presented an award alongside his “The Peanut Butter Falcon” co-star Zack Gottsagen, with viewers quick to take to social media to comment on the screen star’s new accessory.

If Shia has walked down the aisle, the identity of his wife still remains a mystery. His most recent public relationship was with FKA twigs, from whom he split in June (19). However, just a few weeks after he and the British singer were reported to have called time on their romance, he was seen cuddling up to a mystery brunette.

The reports come four years after Shia married “Nymphomaniac” co-star Mia Goth” in Las Vegas in October 2016, telling E! News shortly afterwards, “I’ve been lied to my whole life. You always hear these people who are all cynical, like, ‘Ah, man, once you get married everything changes.’ But for the better though!”

It was later revealed that the couple’s marriage was not legal, as local officials found no record of a marriage license being obtained for the pair.

Shia’s ring wasn’t the only reason he hit headlines on Sunday night. He was also accused of laughing as Gottsagen, who made history as the first Oscars presenter with Down’s Syndrome, struggled to get through his scripted lines.

While some on social media accused Shia of making fun of Gottsagen, others insisted he was just laughing with a friend.