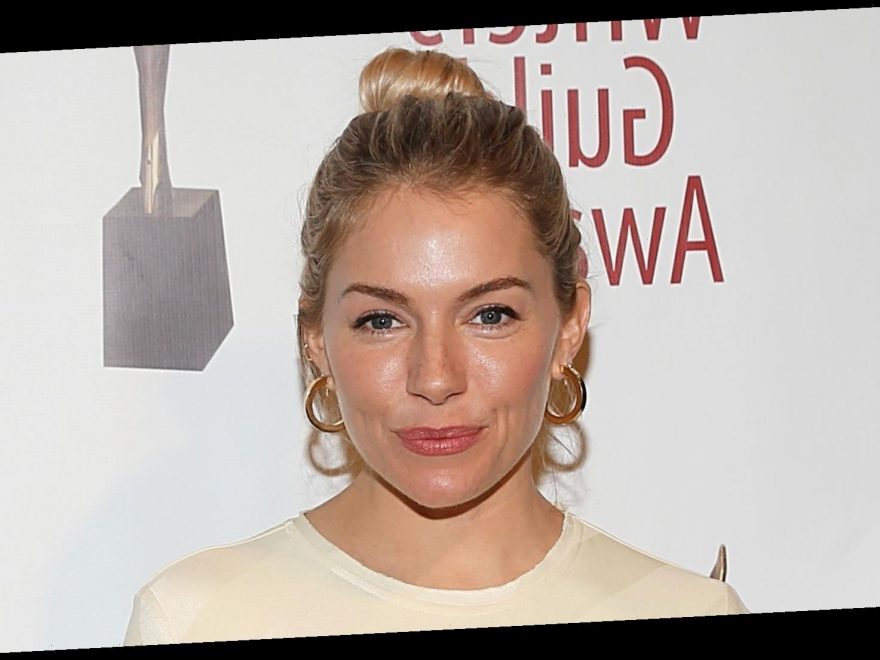 This past weekend was a whirlwind of megawatt events. There was the Super Bowl, with its heart-fluttering halftime performance by Shakira and Jennifer Lopez; a number of parties leading up to the sports spectacle; and the British Academy Film Awards, which saw the Duke and Duchess of Cambridge attend. Off the radar was the Writers Guild Awards. And though the 72nd edition of the annual celebration of screen scribes wasn’t in the spotlight, it certainly wasn’t lacking in star power.

Presenting at the ceremony, which was held at the Edison Ballroom in New York City, was Sienna Miller. The 38-year-old walked arm in arm with her new fiancé, 28-year-old Lucas Zwriner, the editorial director of David Zwirner gallery. And because it was a comparatively subdued affair, the actress dressed on target for the occasion. 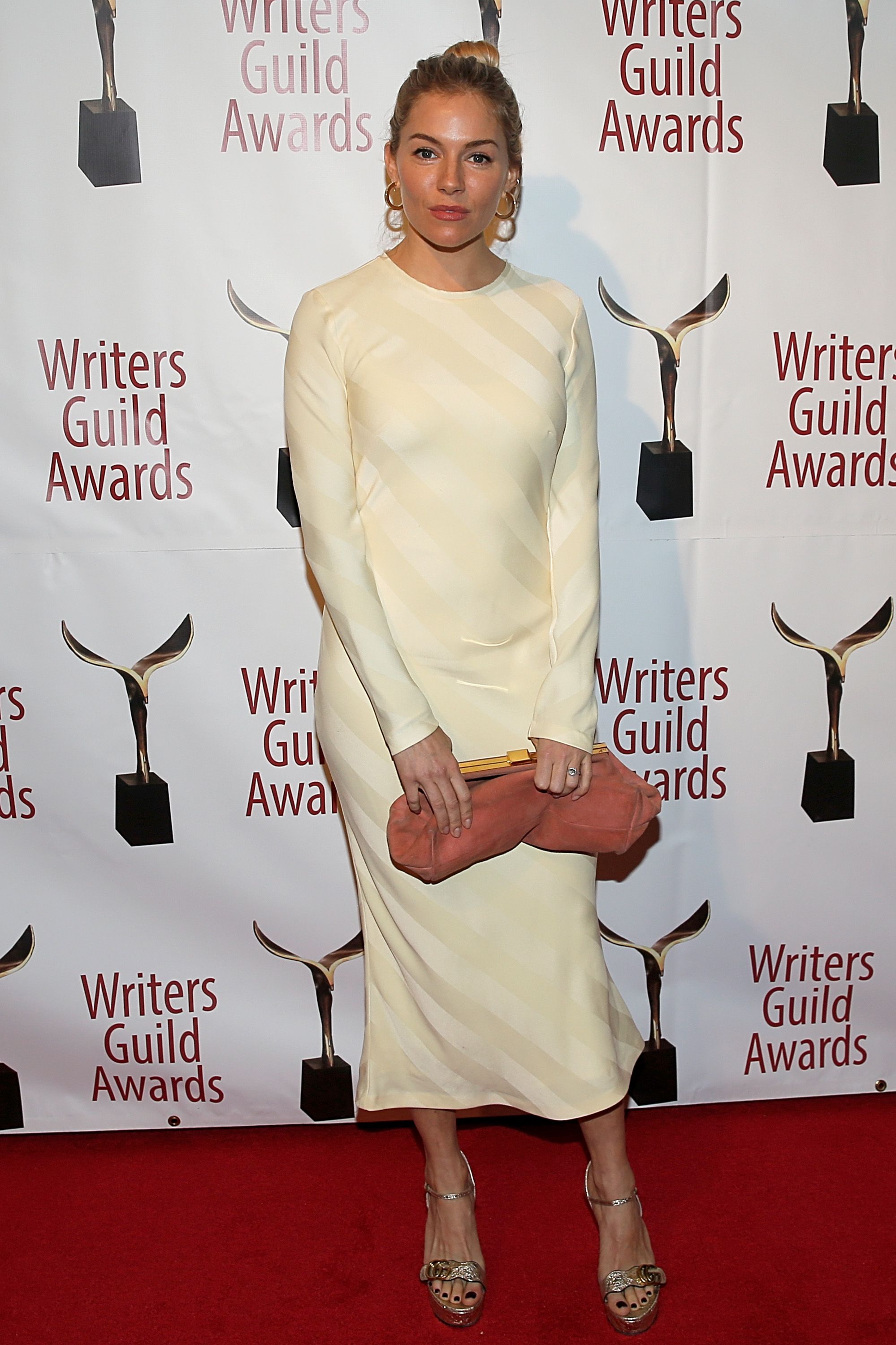 With her hair tucked into a bun, Miller wore a long-sleeved, mid-length dress by Rebecca Vallance. At a distance, it appeared to be one color, but upon further inspection, there were actually two yellowish hues that formed a diagonal striped pattern. Subdued indeed! Moreover, the look is currently on sale at Net-a-Porter for $206, more than half off the original asking price. Her gilded Gucci platform sandals, however, are not—but they are still available for purchase.

If you want to capture Miller’s chic, yet nonchalant vibe, shop her look here. 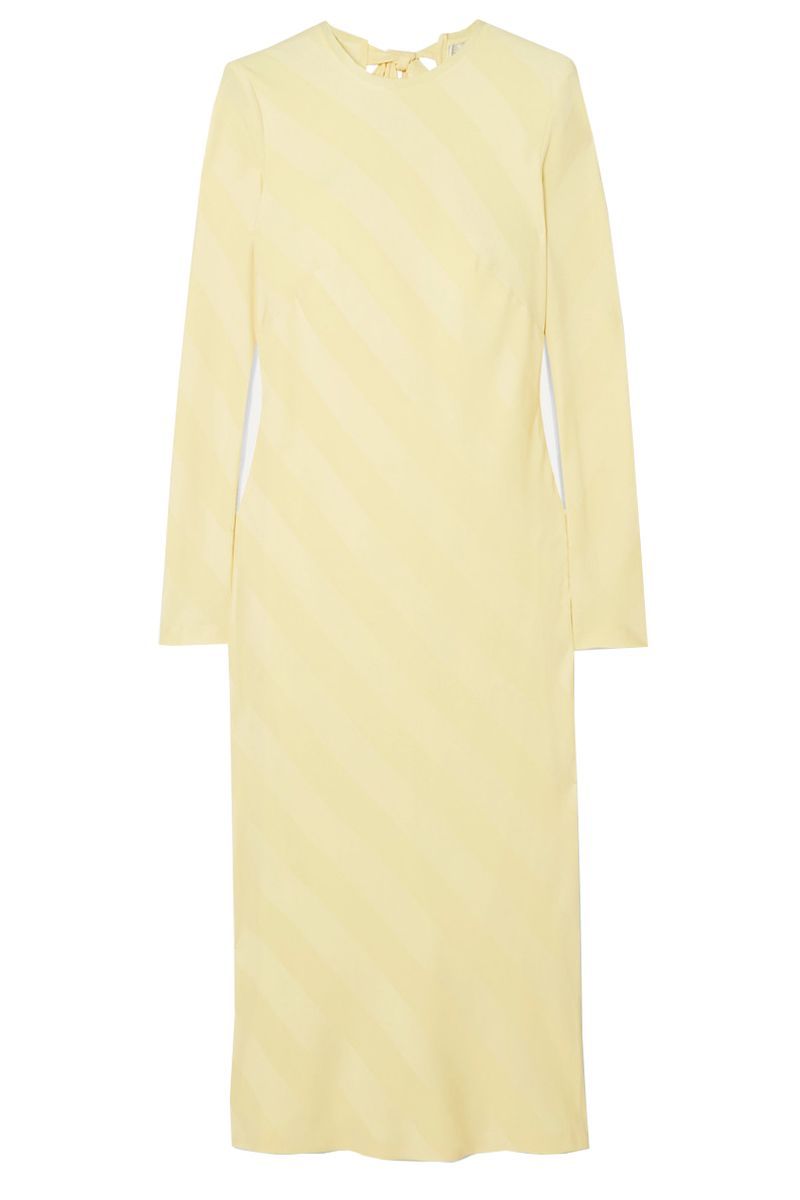 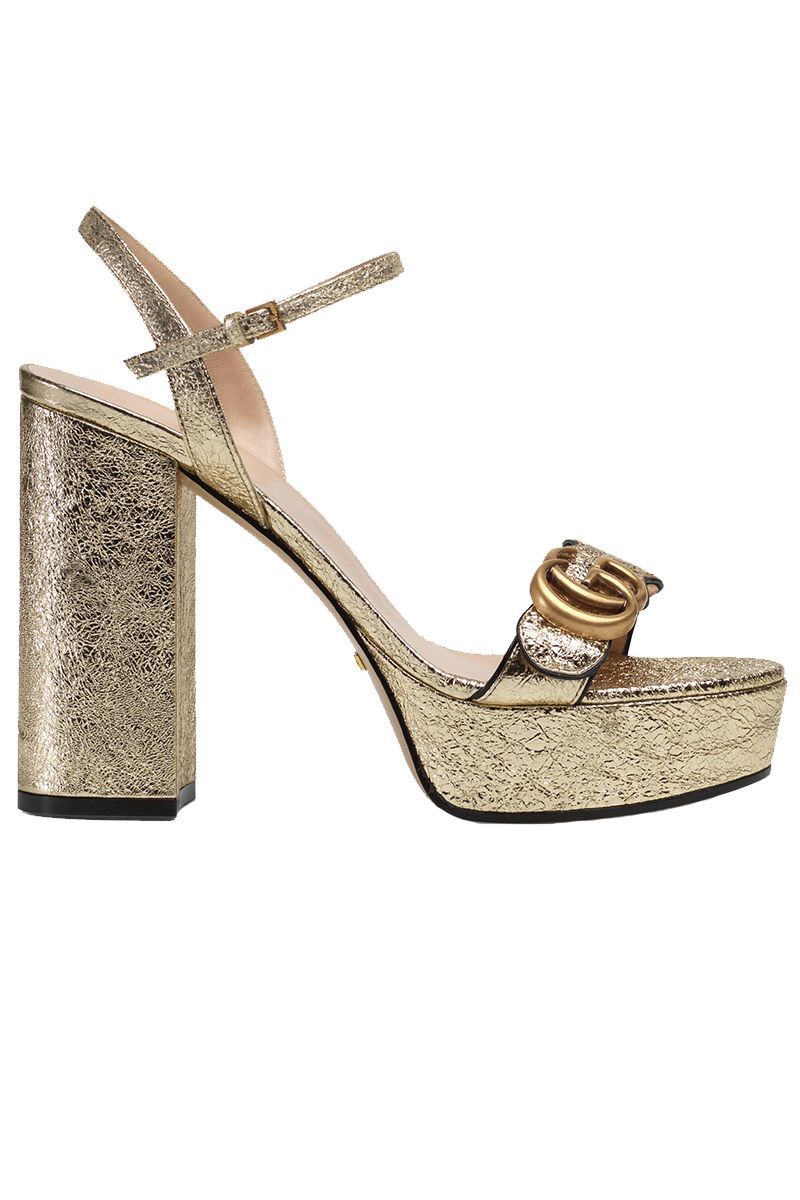 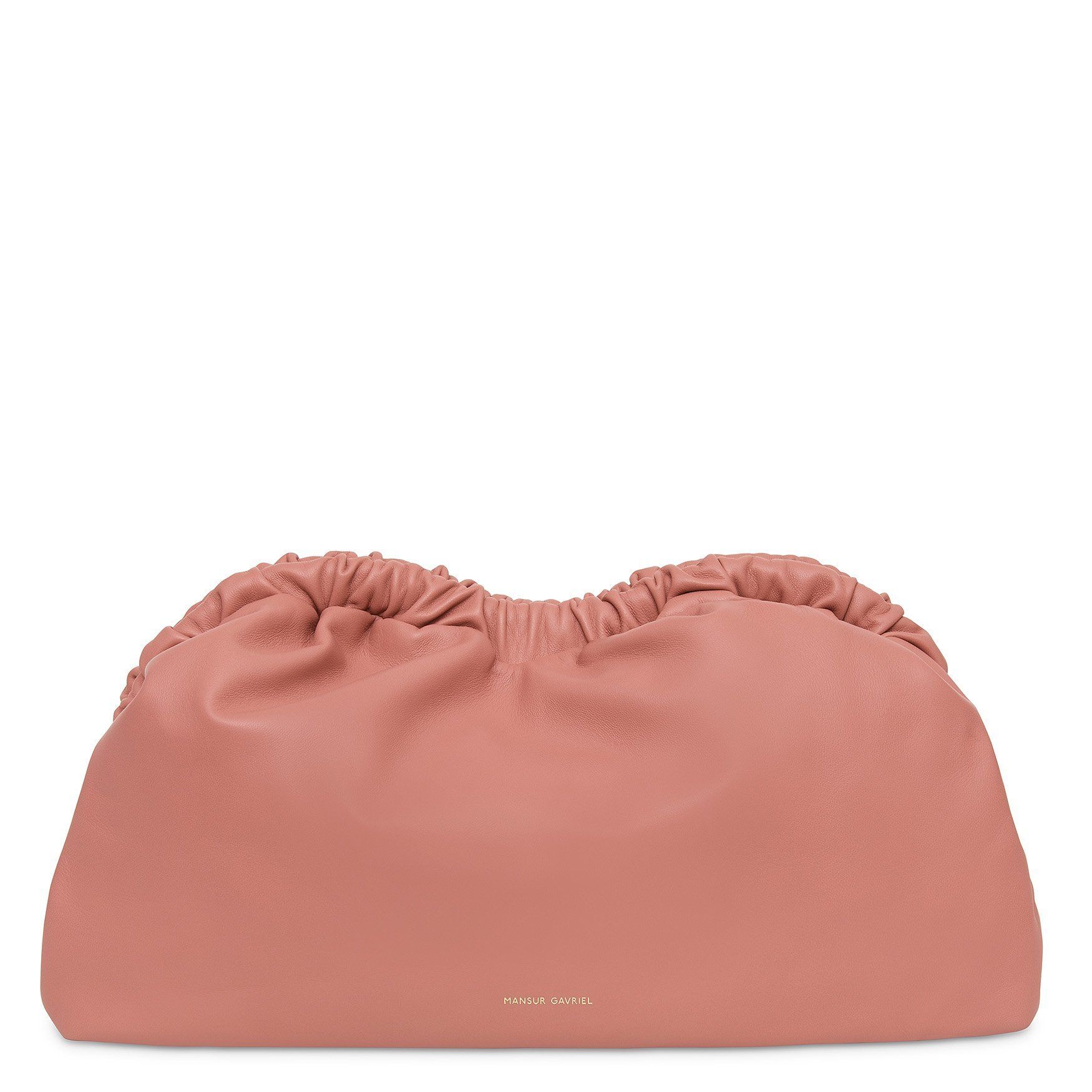 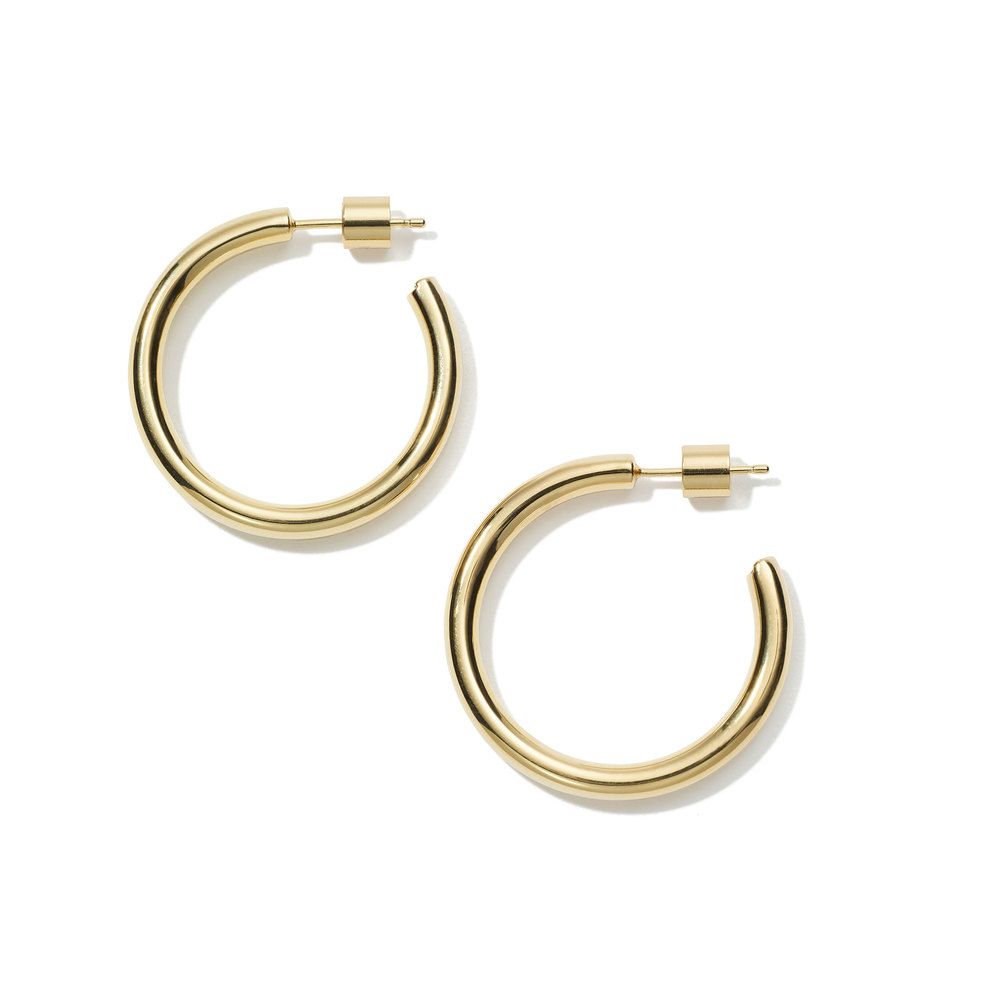