Independent campaigners preparing to field ‘teal’ candidates in Melbourne’s inner-east at the November state election have established private companies with a sole director and shareholder to handle donations to help fund their campaigns.

While the set-up does not breach regulations, the Liberal Party has argued it falls short on transparency and accountability for independents hoping to campaign against major parties on integrity. 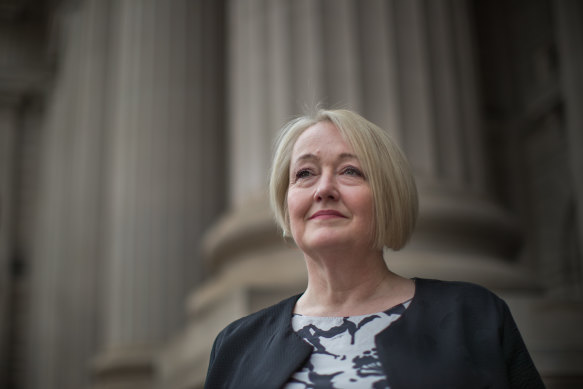 Ripon MP Louise Staley, the opposition spokeswoman for government scrutiny, questioned whether the set-up was transparent and appropriate.Credit: Jason South

Kew Independents and Hawthorn Independents, both offshoots of the Kooyong campaign that catapulted Dr Monique Ryan into the federal parliament, are soon to announce their candidates and rejected there was any question about their company structure.

Most community independent groups at the federal level – such as Voices for Kooyong, Indi, Nicholls and Monash – were registered as incorporated or public companies with multiple members.

Tough new Victorian donation laws will be tested at an election for the first time this November. They prevent a donor from providing more than $4320 to a single campaign, though donors can give that amount to up to six separate campaigns. The restriction is tougher than federal laws, but the independent campaigners do not think it will disadvantage them. 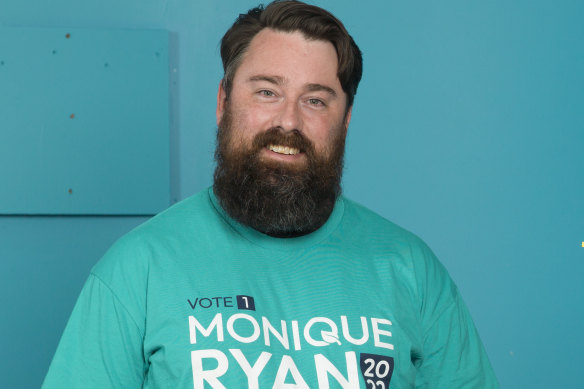 Both campaign managers said they were confident the arrangement was an appropriate way to manage funding because all donations would go from separate campaign-specific bank accounts to their campaign expenses, and would be audited by the Victorian Electoral Commission.

Hodgson said if they were managing their funds ineffectively, that would only serve to benefit their competitors. He accused the Liberals of a “silly smear”.

“You can’t run a campaign on integrity and do things without integrity.”

Louise Staley, opposition spokeswoman for government scrutiny, said the independents had been quick to criticise others over integrity but were failing their own tests.

“Nobody can run on a platform of integrity while at the same time setting up a private company to control all donations and activities when that company has a sole director who is also the sole shareholder. It fails any test of transparency and accountability,” Staley said.

The Liberal Party’s campaign is partly funded by the Cormack Foundation, a Liberal-affiliated investment company permitted to transfer cash to the party.

Hodgson said the corporation was registered as a private company because Hawthorn Independents needed to start fundraising, seek a candidate, and understand the local issues, and somebody had to get organised.

Kew Independents and Hawthorn Independents – which have declared to the electoral commission more than $34,000 and $22,000 worth of donations respectively – have each received the maximum $4320 donations from the same people, allowable because they are separate entities.

Hodgson said claims they were “fake independents”, that effectively acted as a party across electorates, was a tired line.

O’Connor argued acting as a party would be counterproductive because the movement offered candidates who were accountable to their communities, rather than to parties.

Simon Holmes à Court, who backed independent campaigns at the federal election through his funding vehicle Climate 200, is among the donors.

Hodgson and O’Connor said Climate 200, which commissioned RedBridge polling on independents for the state election, was not otherwise involved as yet.

Sustainable Australia MP Clifford Hayes, who unsuccessfully moved to tighten donation laws even further this year, said he was concerned about the lack of transparency around entities funding candidates rather than political parties.

“The teals say they are not a party and yet, there are all these structures being pulled together to enable financing,” Hayes said.

Minor parties and independents are firming up as major contenders for the November 26 poll after voters turned away from major parties in record numbers at the May federal election, and teal independents took two Melbourne seats from the Liberal Party; Kooyong in the east and Goldstein, in the south-east.

John Pesutto hopes to reclaim Hawthorn for the Liberal Party in November, after the once blue-ribbon seat was pipped by Labor’s John Kennedy at the 2018 landslide election. Jess Wilson will be defending the marginal seat of Kew for the Liberal Party after sitting member Tim Smith crashed his car drunk last year.

Their independent challengers are expected to be announced in coming weeks.

The Victorian opposition was preparing to fight the Andrews government on integrity, with Labor found to have a rotten and unethical culture in a scathing Independent Broad-based Anti-corruption Commission report.

But Opposition Leader Matthew Guy lost ground this month after Mitch Catlin resigned as his chief-of-staff following revelations in The Age that Catlin approached a donor to pay his private company more than $100,000, a proposal that never went ahead.

“Both major parties are accusing the other of corruption, yet it’s clear that both have major issues with integrity,” O’Connor said.