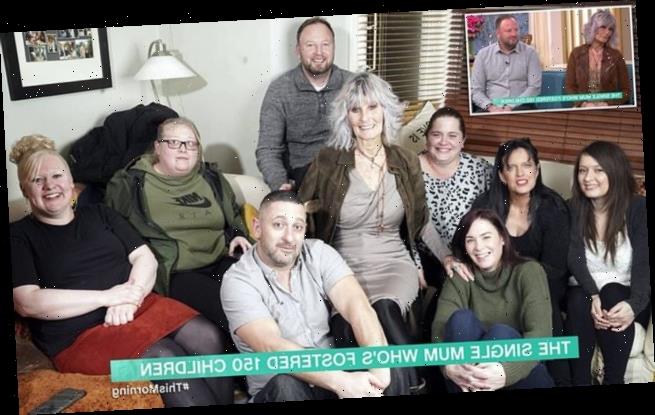 A single mother who fostered 150 children over 35 years will be awarded an MBE after being nominated by her son.

Mum-of-three Andy Hider, 75, from Bristol, who will receive the accolade at Buckingham Palace in March, appeared on This Morning with her son Ben Scott today.

Andy said that while she wasn’t looking to expand her family by adopting, she was drawn to fostering to ‘grow her heart’.

And she said she was drawn to taking in teens who ‘nobody wanted’ due to their ‘challenging behaviour’ because she remembers her own youth and the mix of emotions you go through as a young adult so well.

She explained that despite her charges throwing ‘all they can’ at her at the beginning of their stay, they soon ‘relaxed’ when they realised Andy was still there for them, despite their difficult behaviour. 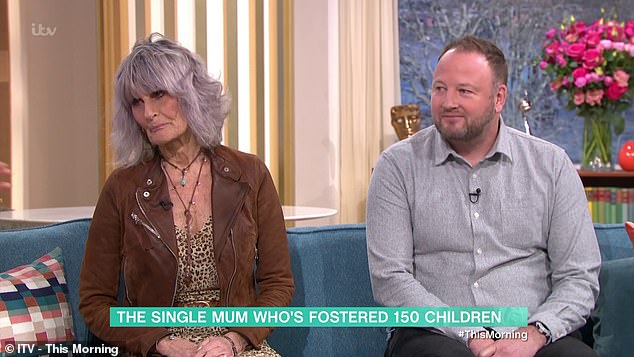 Mum-of-three Andy Hider (left), 75, Bristol, will receive MBE at Buckingham Palace in March and appeared on This Morning with her son Ben Scott (right)today to discuss her services in foster care 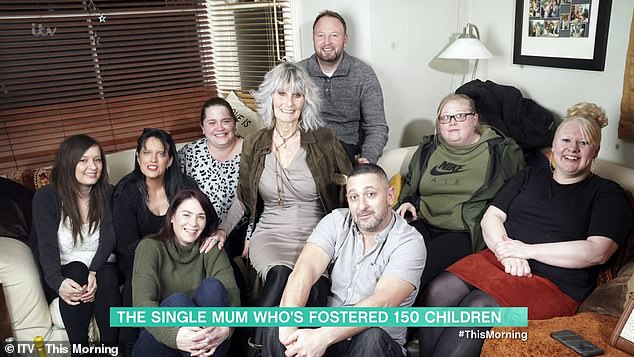 Andy has fostered 150 children over 35-years after she ‘accidentally fell into it’. She is pictured with some of her foster children

Speaking of his childhood, Ben said: ‘We all gained from foster care. I have more brothers and sister and friends then I can ever imagine.’

After being quizzed on whether he ever felt bitter about sharing his mother’s attention, he insisted: ‘I went in with open mind.

‘We were behind mum, me and Adam and younger brother George. We were all with it along the way.’

Andy went on: ‘It’s very different from adoption. When you adopt you’re growing your family and I have three sons already do I didn’t want to grow my family.

‘But I did grow my heart and I just can identify still. You remember your teenage years and the fabulous side of it – but also the angst as well. 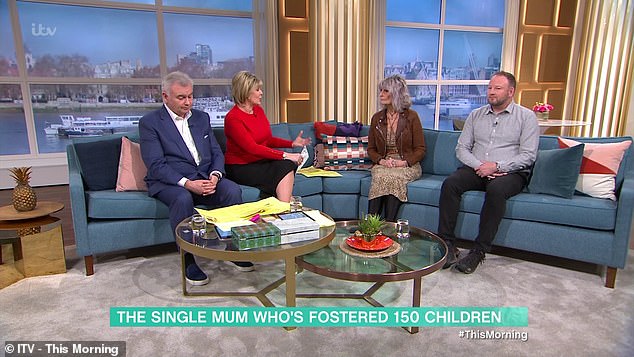 After being quizzed on whether he ever felt bitter about sharing his mother’s attention by host Ruth Langsford, Ben insisted: ‘ I went in with open mind’ 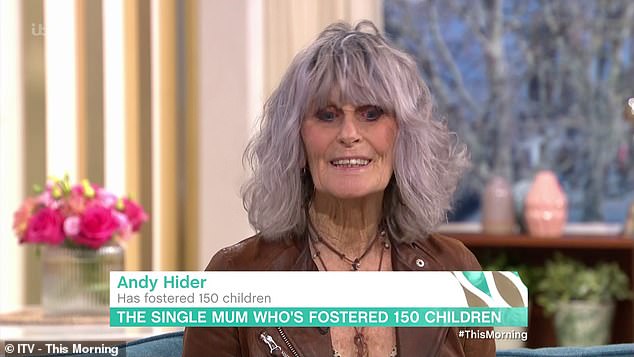 Andy told that while she wasn’t looking to expand her family, she was keen to ‘grow her heart’ and told how she was drawn to taking in teens who ‘ nobody wanted’

‘So when I saw this advert for teenagers, that’s what appealed to me, that’s how I got into it.

‘They’d introduced a scheme for specifically fostering teenagers, because nobody wanted the ones with challenging behaviour.’

Andy went on to explain that while she was a single mother, she had plenty of support and said she ‘I fell into it accidentally’ after stumbling across a bookmark advertising the scheme in her local library.

She said: ‘I fell into it accidentally and then found that I enjoyed it, literally a book mark fell out on the floor and it was advertising a charity called Teen Care, for fostering children with challenging behaviour.

‘They’re asking you to look after other people’s children. So it’s not like you’re doing it on your own. There is a team around you.’ 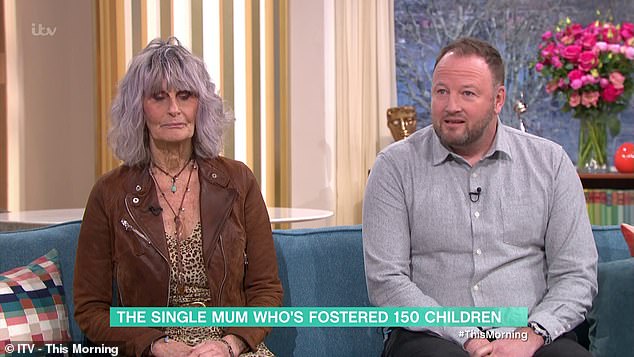 She told how while it can be difficult for children to settle in at first, they soon relax in her company

She said how while it can be difficult for children to settle in at first, they soon relax in her company and Ben added that his mother simply wants to spread the ‘joy and love’ she experienced in her teens to other children.

Andy said: ‘I think it’s certainly a starting point, and for the majority of kids I’ve looked after, they’ve not experienced it.

‘I’m a foster carer so they’re going to throw all they can at me. And so at the beginning I’m just kind of holding them, because there’s too much going on.

‘They’re like a tightly wound-up spring, and then you start to see them relax when they realise I’m not out the door.’

Ben added: ‘I think like Mum said, she loved her teenage years and she was able to bring that joy and love to the kids.’