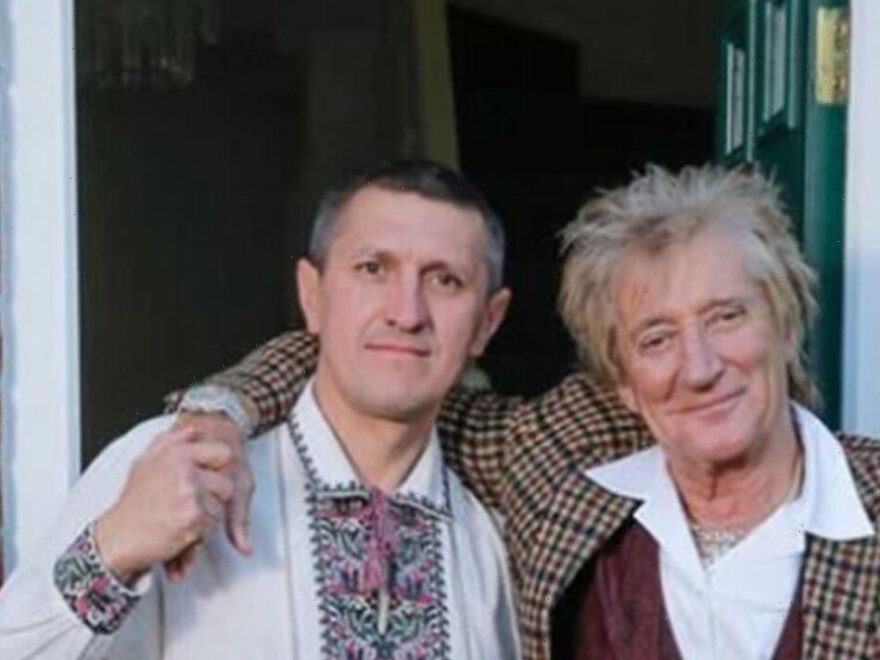 Rod Stewart's emotional on-stage tribute to the Queen in Vegas

Sir Rod Stewart, 77, has been hailed a “hero” by many after he agreed to help a Ukrainian family flee war-torn Ukraine, agreeing to pay their rent and utility bills for the next 12 months as well as furnishing the Berkshire property. The father, Rostyslav Kurtiak, 49, has now spoken out about the kind deed, admitting he owes his life to the rocker as his children are “safe” and can now “learn like normal children”.

The family are settling into their four-bedroomed home in Bracknell, Berks, after moving there in the summer.

Rostyslav’s family of seven are now living in a £500,000 three-storey townhouse and the singer has pledged to pay their rent and bills for at least a year.

Speaking to the MailOnline Rostyslav said: “Sir Rod is a very great man. He saved my family from danger.

“Now my children are safe and are learning in school like normal children.”

In tribute to the singer, Rostyslav admitted that he plays Rod Stewart’s music nearly every day in the house, calling the rocker “a very great singer and a very great man”.

The Maggie May singer could be seen pictured with the family, who fled war-torn Ukraine and arrived in the UK.

“But I thought, ‘I am a knight, I have been given this knighthood because of the things I’ve achieved in my life and the charity work I’ve done over the years.’

He added to The Mirror: “But that was the past; I want to be seen to be doing something now.

“I am a knight, I should be using my power to do something for people.

“I am sure that if there are people out there who see what I am doing, they will pick up some slack too.”

The Ukrainian family do not speak English and found themselves without any money after fleeing their home town.

Rod had already previously teamed up with family members to rescue refugees after organising three trucks to take 16 refugees back to safety in Berlin.

Neighbours told of their surprise after hearing the family owed their new home to the singer.

One said: “We knew they lived there but had no idea who was behind it. We didn’t know who had set them up.

“They keep themselves to themselves. We see them walking their kids to school. The parents don’t speak English.

“The house had been empty for quite a while. The people who owned it struggled to sell it and they put it on the rental market.

“It had been empty for quite a long time. It’s good that he’s come along and there are people living there otherwise it would be unoccupied.”

The family are not the only ones to praise the family, with many taking to social media to praise him for his act of kindness.