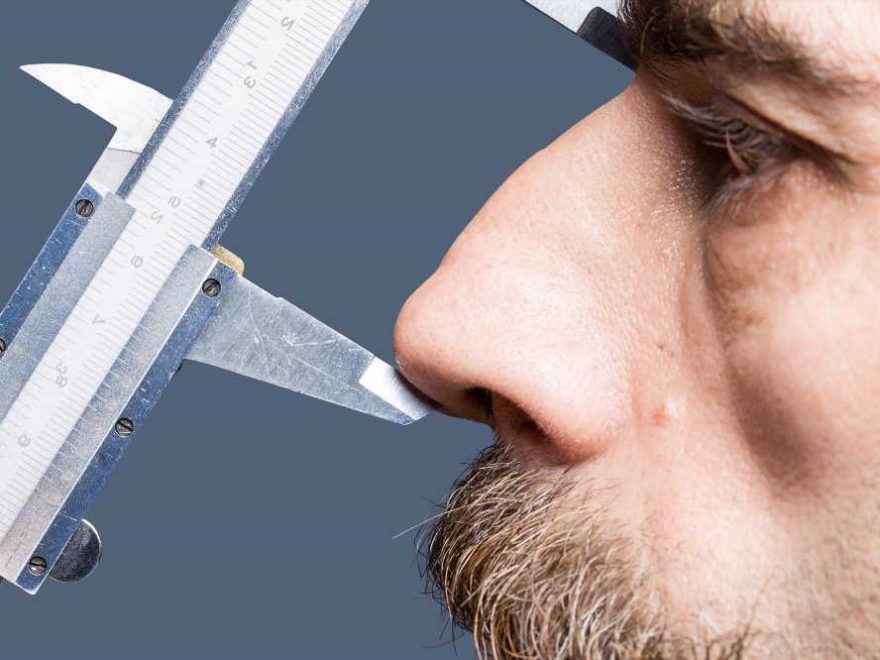 Bowser’s penis gets censored on Patreon after complaint

Perhaps Pinocchio had a secret.

In a study that’ll no doubt inspire a spike in nose jobs, Japanese researchers discovered that men with large sniffers tend to pack large penises as well.

“This study is the first to demonstrate the relationship between stretched penile length and nose size,” wrote researchers from the Kyoto Prefectural University of Medicine.

To determine the connection, scientists examined the bodies of 126 recently deceased middle-aged men, measuring everything from the cadavers’ height and weight to the circumference and length of their flaccid members, the Daily Mail reported.

For the nosy study published in Basic and Clinical Andrology, scientists approximated the measurements of subjects’ manhood when erect by laying each stiff down and extending the willy up as high as it would go. They then compared the results to the lengths of their noses.

They found that men with 2.2-inch snouts packed larger penises that clocked in at 5.3 inches long.

Rounding out the middle were the medium-beaked, whose tallywackers were 4 ½ inches — reportedly the average penis size in Japan.

Surprisingly, there was no link between the size of a man’s olfactory organ and the length of his flaccid phallus, which researchers chalked up to some patients being “growers” while others were “showers.”

Unfortunately, it seems that correlation might not equal schnozation.

While researchers discovered a link between nose and penis dimensions, “the reason why stretched penile length and nose size are related is still unclear,” they wrote. Throw in the fact that the experiment is limited to dead Japanese males and more research may be needed into the relationship.

Measuring one’s snout isn’t the only way to gauge manhood length. Previous studies have linked penis size to everything from salary to the size discrepancy between the index and ring fingers.