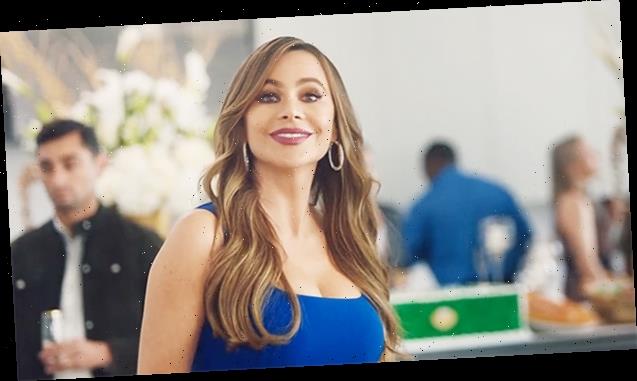 Party foul! When a wayward pot of chili threatens to ruin Sofia Vergara’s super bowl party, she enlists the help of some of your favorite P&G mascots to help save the day.

“Super Bowls do bring people together,” says Sofia Vergara at the start of Procter & Gamble’s massive Super Bowl LIV commercial, airing Feb. 2 during the big game. A late guest rushes in with a pot full of chili but one wrong step spells disaster. With chili splattered everywhere, the P&B brands assemble like the Avengers to save the day. That includes Troy Polamalu (for Head & Shoulders, as the NFL icon’s hair was on full display), Isaiah Mustafa aka the Old Spice guy, Busy Philipps for Olay, and a super-version of Rob Riggle for Bounty. Also at the party is Mr. Clean, and one of those bears from the Charmin commercials.

This commercial actually happened because of the people. Fans who logged onto WhenWeComeTogether.com were able to build their own version of this P&G Super Bowl commercial. Does the spot have 80’s Sax or 90’s piano? Is Rob Riggle a superhero or a sexy pool boy? Is there a surprise behind that door or is it a bear? The most popular choices picked by visitors to the website were showcased during the big game this year. Consider it a version of Black Mirror’s “Bandersnatch” episode, except more delightful, and less frightening.

“Most brands ask fans to watch their ads; we’re asking them to help create it,” Marc Pritchard, P&G’s chief brand officer, told Adweek in an interview. “We’re trying to merge the ad world with other creative worlds, such as entertainment, sports, and technology. That’s kind of what this is about. It’s coming up with an innovative way to make advertising more superior, more useful, and more interesting.”

“My friends and family love a good Super Bowl party, and part of the fun is the element of surprise — for the game’s outcome, and for what happens when you bring people together,” Sofia said in a statement, via Fashion Network. “One thing’s for sure — I’ve never had so many surprises in one party as I did at this one!”

“Fans get to choose things like how messy the party gets, how yours truly shows up, and how we all come together in the end,” added Rob Riggle. “I don’t even know how it will end, but I can tell you the Quicker Picker Upper has never looked so good.”