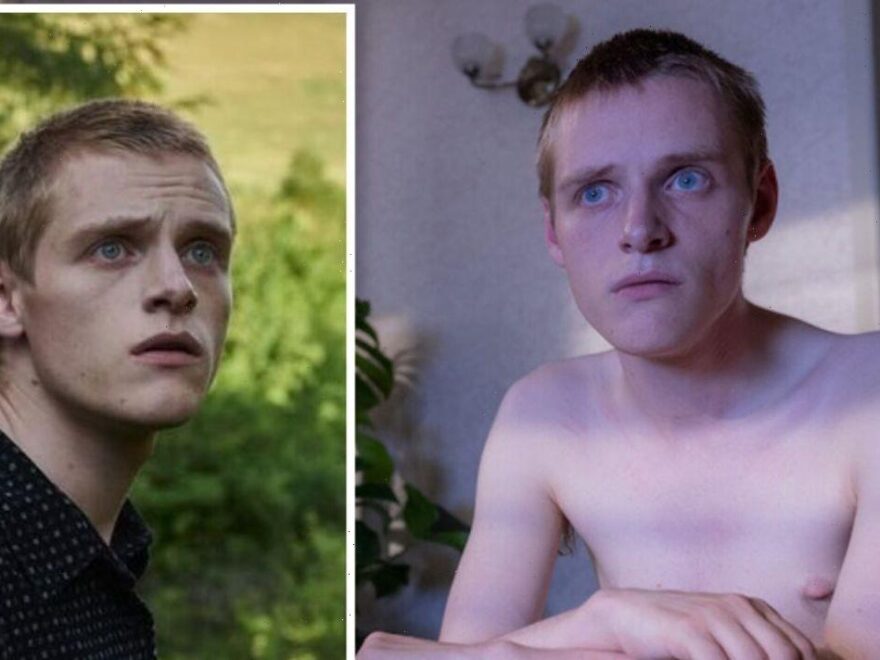 Channel 4’s latest “dark” drama follows 18-year-old Danny (played by Lewis Gribben) who is forced to face the reality of real life after being raised sheltered away by his father Steve (Rory Keenan). The series sees how a teenage boy must navigate his way through life and deal with the ordinary feelings of love, grief, happiness and tragedy. Up-and-coming writer Pete Jackson recently touched on inspiration to write the series and admitted his own mental health struggles played a part.

Throughout the series, there are subtle themes of the struggles men go through with their mental health.

It is apparent in Danny’s father Steve, who is battling depression after losing his wife and Danny’s mother to a car accident.

The incident became the reason Danny was raised in isolation, being told that if he stepped foot outside the house the “monsters” would get him.

When Danny is finally forced out of the house after finding out his dad had killed himself, Danny begins to struggle and adjust to his new life, living with his aunt Sue (Lisa McGillis).

Explaining why bringing light to men’s mental health was important to Pete, he admitted he took inspiration from his own battles.

“I have suffered with mental health problems myself in the past, as a recovering alcoholic, 13 years sober it is something that is very very close to my heart.

“I think it feeds into everything that I do, I did struggle but yeah I don’t think there is enough support,” he told Express.co.uk and other press.

Pete continued: “We spoke to social workers in the development of this and it is just through, a lack of support, it’s not through lack of willingness or desire.

“It’s just lack of funds, so I think men struggle a lot and when people aren’t against it the support comes quick enough.”

He went on to explain that he thought it was important to explore the different themes of the show which included love, grief, and friendship, especially between Danny and his cousin Aaron (Samuel Bottomley).

“There was a lot, I had the initial idea. There were so many people with so many great ideas. Realising that with this concept we can explore a lot of different things.

“It’s sort of got this universal timeless things of love and grief and friendship and also, you know taking two boys and being able to look at one, who has been raised in a strange fantasy world.

“And then his cousin who is under the nose of everyone else. Danny knows all about love and romance and nothing about the mechanics of sex.

“And then Aaron who due to the pornography sites, he is well adverse. The truth is somewhere in the middle and the boys help each other find one another.”

Pete, alongside the cast of the series, were all eager to express they were keen to take part in a second series.

“Yes! We have certainly got a lot of ideas, some great ideas but it is up to Channel 4 really. I would absolutely love a second series, at the end of this one we see their journey begin.”

The series began on October 16, with the synopsis reading: “When Danny was a baby, his mum was killed in a car crash. His dad Steve then buys a house in the middle of nowhere, and locks them both inside, telling Danny the world outside was full of monsters waiting to take him away.

“For 18 years they stay in, listening to Benny Goodman records and watching old films with no sad endings.

“But when Danny turns eighteen his whole world – everything he’s ever known – explodes in an instant and he has to come to terms with a new world he never knew existed.

“Danny is taken to live with his well-meaning but stressed-out aunt Sue and cousin Aaron and finds the real monster – the one that killed his mum.”