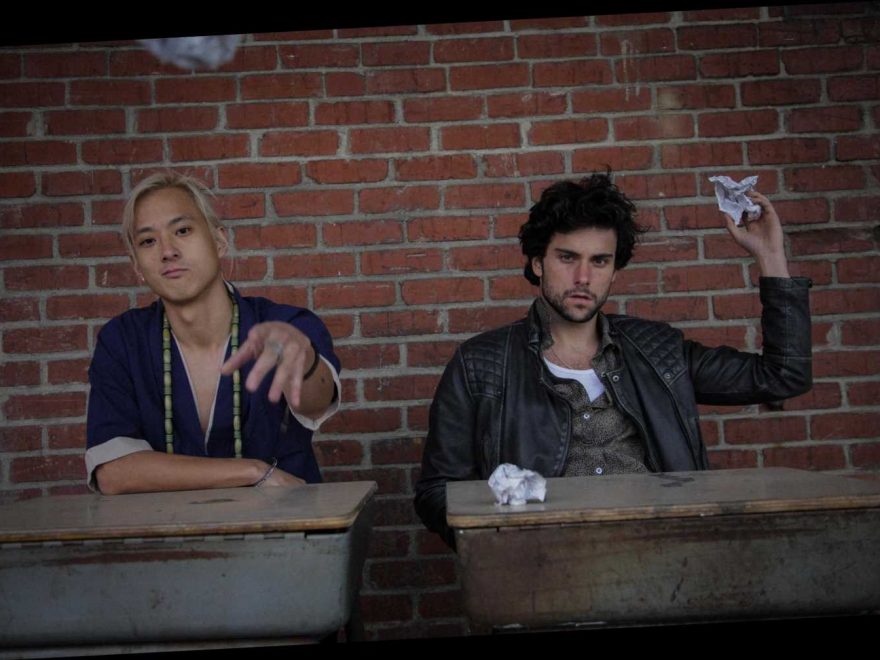 How to Get Away With Murder actor Jack Falahee and DJ/producer Elephante (a.k.a. Tim Wu) met years ago as high school classmates in Ann Arbor, Michigan. They’ve since found success in their respective fields, and more recently they’ve teamed up as Diplomacy, a duo whose new single, “Undertow,” is a brooding, triumphant track worth hearing. A mid-tempo rocker with a sparse beat that churns and grinds its way towards a chorus you can’t help but feel, this song is like picnicking on Valentine’s Day under dark gray skies.

Falahee, who says his childhood soundtrack was equal parts Nirvana and Broadway musicals, sings in a tone that’s at once raw and lived-in, like someone who’s really been through some stuff:

While Diplomacy’s previous single, “Silver Lake Queen,” was all jangly guitars and frenetic quips, “Undertow” soaks in slow-burning synths and an electro-pop undercurrent, inspired by Wu’s dance music background (he’s remixed tracks by everyone from Katy Perry to Lorde). If “Silver Lake” was a track celebrating the nerd who takes home the prom queen, “Undertow” is the cautionary tale you put on repeat to make sure you don’t fuck everything up.

“The song is about the moment you realize you’re falling for someone but you’re still worried that past demons might inevitably destroy your chances together,” Falahee says. “It’s about a spring fling blossoming into a summer romance, while calling attention to themes of overcoming addiction, self sabotage, and insecurity.”

The idea of embracing differences and uncertainties head-on is at the core of what drives Diplomacy, whose debut self-titled EP drops this week. “I really like the idea… of negotiating or bringing together two sides,” Wu says. “Whether [joining] the acting world and the music world, or me being Asian and Jack being white, it’s just all these different contrasts that have emerged through the work we are doing.”

Find a playlist of all of our recent Songs You Need to Know selections on Spotify.