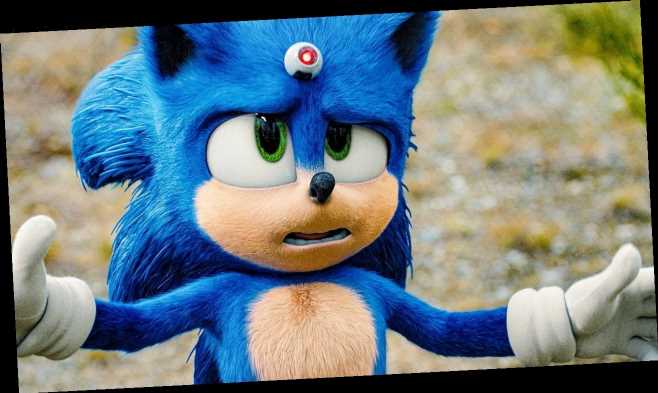 With sincere condolences to the underpaid animators who spent the last four months in panic mode, Sonic the Hedgehog’s grotesque human teeth have turned out to be the least of his movie’s problems. If it’s any consolation, just remember that someone once spent a torturous amount of time designing the curtains for the Titanic (of course, the people who designed the curtains for “Titanic” were rewarded with an Oscar for Best Art Direction, but let’s not worry about that right now). The point is that “Sonic the Hedgehog” was beyond salvation long before a fan outcry rescued the Sega mascot from the island of Dr. Moreau.

It’s hard to remember the last time that a video game adaptation so fundamentally misunderstood the basic appeal of its own franchise — even oft-derided bombs like “Doom,” “Warcraft” and “Assassin’s Creed” engaged with their source material in a way that spoke to what fans loved about it in the first place. Uwe Boll’s filmography notwithstanding, you might have to go all the way back to 1993’s “Super Mario Bros.” to find such a striking disconnect between the experience of playing something at home and watching it in a theater.

The difference is that “Super Mario Bros.” willfully ignored its source material as part of an insane Republican psy-op to traumatize an entire generation of children into respecting a lizard-man leader like Dennis Hopper’s President Koopa (unless there’s a better explanation for that movie out there). “Sonic the Hedgehog” veers away from the speedball energy of its video game series in order to be a generic kids movie, and a slow one at that.

It’s bizarre to see the spiky face of the Sega Genesis repackaged for an audience too young to remember that Sega even made consoles. Sure, recent spin-offs like “Team Sonic Racing” — in addition to various anime series over the years — have helped the hedgehog to outlive the system he was created to move off the shelves, but there’s no getting around that Sonic has always been a millennial at heart (blue hair, loves animals, always searching for what little money other people left behind, etc.).

If there had to be a “Sonic” movie — and there really didn’t — it needed to stress how the character’s history differentiates him from the myriad other manic toons we’ve been forced to endure in the content era, and not just spin him into a standard piece of family entertainment that feels as slapdash as a run through Casino Night Zone. It’s only during the film’s many egregious moments of product placement that it seems to discover any kind of sincere personality; after all, Sonic is nothing if not a natural-born saleshog.

So, as you may not know if you haven’t kept up with the extended lore, Sonic (voiced by a grating Ben Schwartz, who doesn’t get to flex his genius for improv) is an alien from another dimension or something. His movie begins in a distant world, where the fun-loving hedgehog is free to run around at his leisure. But then some evil echidnas show up, and Sonic’s beloved mentor, Longclaw — an owl who shows up at a moment of crisis in the prologue and is then never seen or heard from again — gives him a sack full of magic rings that allows him to teleport through space and time. And so Sonic finds himself in the sleepy rural burg of Green Hills, Montana, where he’s forced to live a very lonely life in the shadows (his master’s dying words: “Never stop running.” Great life advice. Thanks, Longclaw).

But Sonic — who’s fast enough to sprint to the Pacific Ocean and back in about two seconds — becomes enamored by all the silly locals, especially sheriff Tom Wachowski (James Marsden) and his wife Maddie (Tika Sumpter). There’s even an amusing runner about the town kook (Frank C. Turner), who swears he’s seen a “blue devil” running around town, and has been labeled “Crazy Carl” for that conviction. In other words, this is a real hedgehog-out-of-water story, which might’ve been fun if hedgehogs didn’t know how to swim.

But they do, and it isn’t. Of course, Marsden and Sumpter are wonderfully empathetic actors, and they have no trouble fashioning real stakes out of these sugary characters. Tom aspires for a bigger life, and is thinking about relocating to San Francisco for a job with the SFPD. Sonic, who depends on Tom for his entertainment, is horrified at the thought; it’s like his favorite TV show is on the brink of cancellation, and only he can save it. Enter: Jim Carrey’s mustache-twirling mad scientist, Dr. Robotnik (a PhD in evil studies, most likely), who’s hired by the U.S. government to assess the situation in Green Hills, and maybe also kill it. Tom wants to exchange domestic bliss for some real action, and Sonic is desperate to escape his life-or-death situation in the hopes that he might one day know domestic bliss. Naturally, these two characters wind up in a car together on a road trip to California. Bonds will be formed. Lessons will be learned. Chili dogs will be eaten.

Now you’re probably thinking: “This all makes perfect sense. Nothing says ‘Sonic the Hedgehog’ like a road trip to California. Why wouldn’t you take a character known for running at Mach speed and trap him in the passenger seat of a Dodge RAM?” And in fairness to screenwriters Pat Casey and Josh Miller, they had to find some way to contain him, as Sonic is so fast that the movie is relentlessly contriving for ways to slow him down.

From the hyper-referential humor, to Carrey’s mannered villain (imagine a cross between The Riddler, Tony Stark, and an out-of-control leather fetish), and the almost Keaton-esque chase sequence that revives this leaden adventure like a smelling salt in the second act, everything about “Sonic” is screaming for more of a slapstick feel, but the limits of the physical world can’t help but cut the film off at the knees. We’re left with a joyless ride that has the stir-crazed energy of a bored kid who’s been stuck in a car for too long, and the fact that Sonic literally personifies that vibe only underscores the problem.

First-time feature director Jeff Fowler — whose previous credits reflect a strong animation background, and also a guest spot on “Gilmore Girls” — captures Sonic’s madcap spirit during the two legitimate action scenes this movie affords him, but the fun dries up whenever things slow down. Sonic has zero laugh-worthy lines, Carrey’s shtick is just starting to rev up when the story ends, and it isn’t long before the (appealing enough) prospect of being adopted by James Marsden is the only thing that’s pumping any blood into this dull misfire. At one point, Dr. Robotnik launches a drone by saying: “Look what came out of my egg sac.” So I guess there’s that?

It’s not a great sign of creative storytelling when a kids film plugs Amazon, Zillow, and Olive Garden in the span of a single scene, without a trace of irony. It’s not compelling evidence of artistic purpose when that Olive Garden joke is stretched into a recurring gag. And it’s not a convincing argument that we shouldn’t hurl our entire I.P.-obsessed culture into the sun when a $95-million “Sonic the Hedgehog” movie inevitably ends with a post-credit scene that teases — you’ll never believe it — the future appearance of another character from the video game franchise. Marvel has broken all of our brains.

The good news is that your kids have already been conditioned to worship their corporate gods — to cheer at these stingers the way that people once prayed for rain — and there are definitely worse ways to spend a weekend afternoon. Really lucky parents might even get to hear “look what came out of my egg sac!” parroted back at them for a week or two when they get home. And you thought fixing Sonic’s teeth would make this movie any less of a nightmare.

Paramount will release “Sonic the Hedgehog” in theaters on February 14