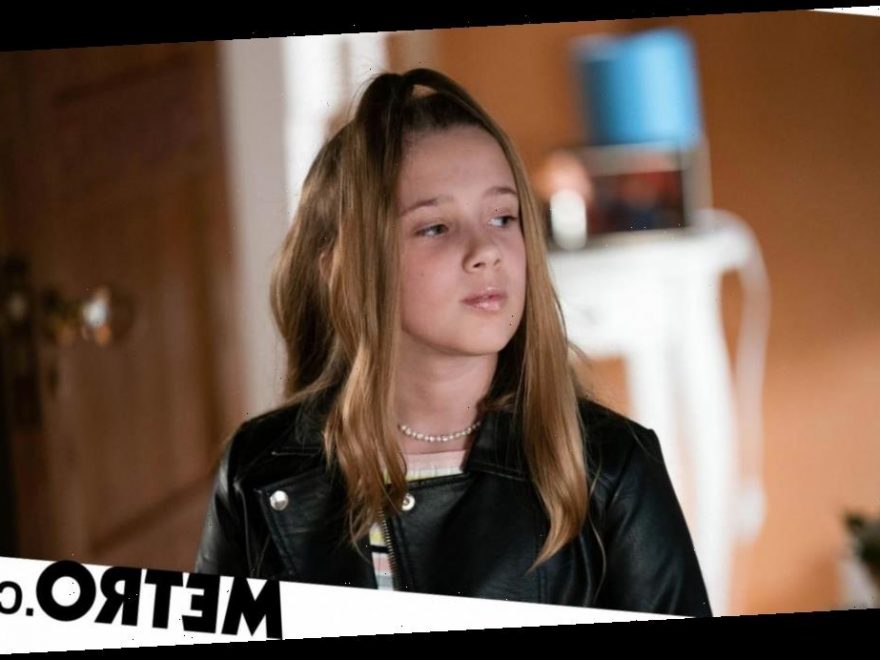 Young Amy Mitchell (Abbie Knowles) is set to find herself at the centre of a very dangerous situation – when she makes a drugs accusation against her teacher Isaac Baptiste (Stevie Basaula), who she has developed a crush on.

The EastEnders student has been having private tutoring sessions with Isaac, which have been beneficial to him as he needs the money. But when Denise Fox (Diane Parish) clicks on to the fact that Amy fancies Isaac, she decides that the sessions need to stop.

On the way to school, Amy engineers it so that she bumps into Isaac but he reassures Denise that he will stop the private tutoring as he realises that the situation could become problematic.

At that moment, he spots a bag of weed on the ground and picks it up, telling Denise that he will hand it in. Amy watches the situation unfold and the next day, after refusing to attend school, she blurts out to Denise that she witnessed Isaac smoking the weed.

An allegation like this could lead to Isaac being dismissed from his teaching career – is Amy just lashing out because she feels rejected? Or is she telling the truth?

Isaac assures Denise and Jack (Scott Maslen) that he got rid of the weed and didn’t smoke it – he believes Amy is making it up because of her crush on him.

Jack doesn’t believe he is telling the truth but will Denise believe him and will this cause tension between the couple?

As Amy is pressed for details and the truth, will she admit to lying? Or is she prepared to see Isaac lose his job over something he may be innocent over?

Bosses recently teased a major storyline arc for Denise – is this the beginning of the serious and life changing incident that will rock her to the core and tear the Truemans apart?

Join the community by leaving a comment below and stay updated on all things soaps at our homepage.