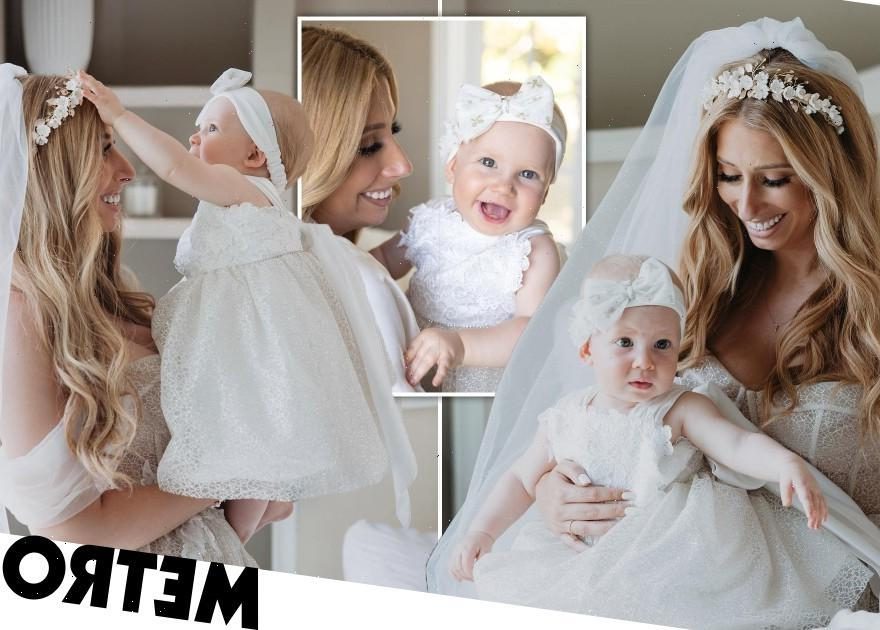 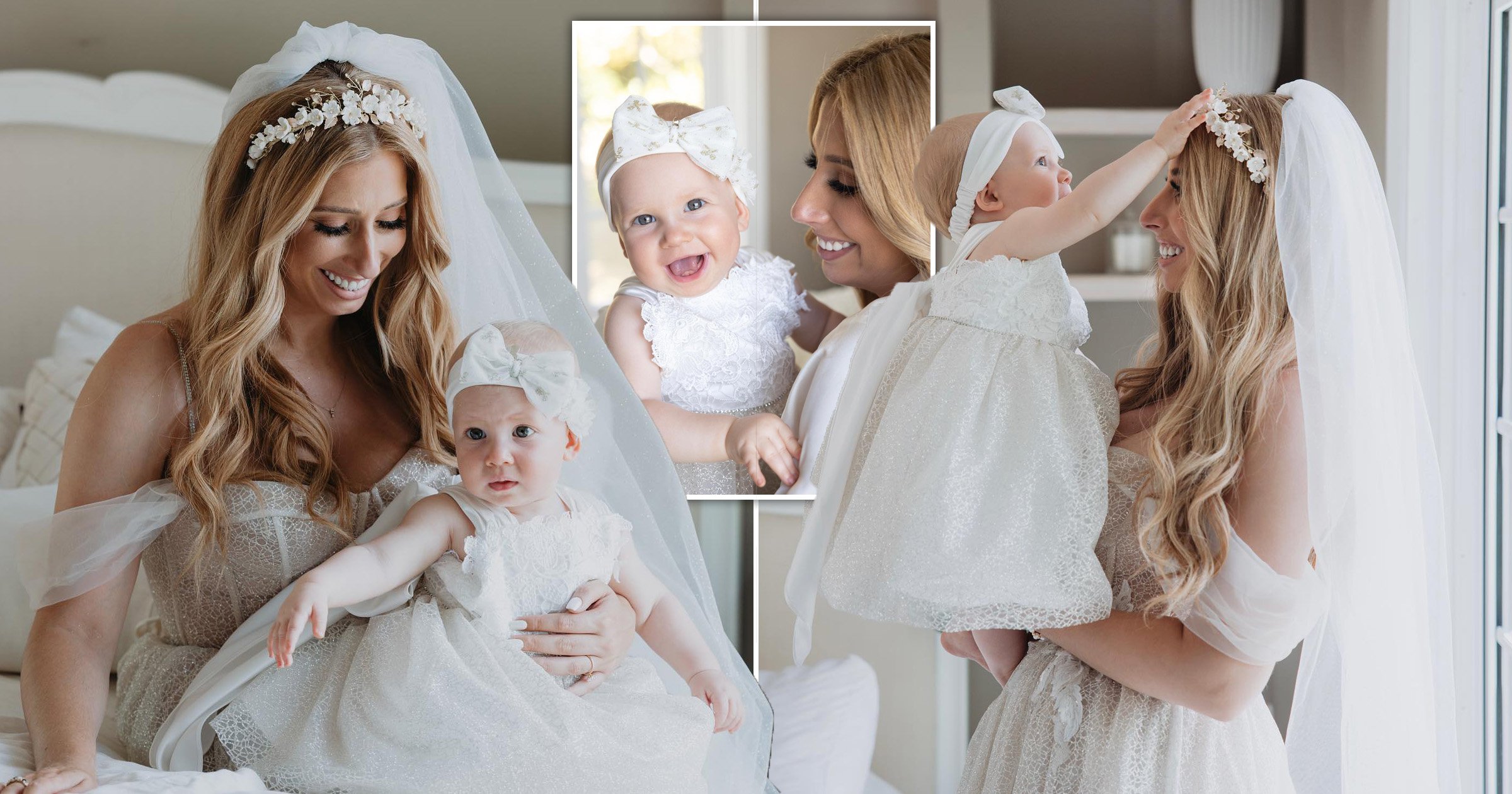 Stacey Solomon has shared more magical photos from her wedding to Joe Swash, including getting ready with her baby daughter Rose, who matched her in a miniature white dress for the big day.

The couple tied the knot at a private ceremony at their family home, which they dubbed Pickle Cottage, last month.

Since, the star has been giving fans a glimpse of the fairytale wedding.

New snaps show Stacey, 32, in her gorgeous wedding gown, with her 10-month-old daughter Rose on her lap.

Rose matched her mum in a miniature white dress, which Stacey revealed was actually made from the off-cuts of her gown.

Adorable snaps show the little one holding her mum’s hand and playing with her veil – and we absolutely can’t handle the cuteness.

Stacey wrote on Instagram: ‘? Our Flower Girl ? ???? ? I can not even describe the feeling of getting ready for our special day with my daughter ?.

‘I’ll never ever forget these moments ? Rose’s little dress was made from the offcuts of my dress ? Before we knew we were pregnant with Rose we were going to get married last year I’m so glad we waited until she got here because these will forever be some of the most special memories of my life… ?

‘Happy Saturday everyone. Hope you’re having the most special summer and I promise this is the last of the wedding [spam] I just couldn’t not have Rosey Posey’s pictures on here ?.’

On her Instagram Stories, she also shared a photo of Joe, 40, looking dapper in his tuxedo, and her own mum and Joe’s mum helping her into her dress.

Another snap showed her kneeling down to give little Rex, three, a hug, and her dad walking her part-way down the aisle (after taking over from her eldest sons, Zachary, 14, and Leighton, 10, who walked with her for the first part).

The former X Factor star and ex-EastEnders actor, 40, said their vows in a large marquee adorned with fairy lights.

Towie star James Argent reportedly did the honours of serenading the couple and their guests at the reception, where a DJ also entertained the party with classic garage songs.

Sharing gorgeous photos afterwards, Stacey said: ‘The most special day that we didn’t ever want to end. We love you all & the special community we’ve built on here so so much and couldn’t wait to share these moments with you. ?’.

Their special day was initially postponed due to the pandemic and later after Stacey became pregnant with daughter Rose, as the parents wanted all their kids to be there to see them walk down the aisle.

Stacey and Joe share two children – son Rex, two, and daughter Rose, nine months, while the TV presenter is mother to sons Zach and Leighton from previous relationships, and actor Joe is father to son Harry, 13, who he shares with a former partner.

They met in 2010 when Stacey was crowned ‘Queen of the Jungle’ on I’m A Celebrity… Get Me Out Of Here. Joe, who had won the ITV reality series in 2008, was on presenting duties alongside hosts Ant and Dec.

The pair then began working together on the I’m A Celeb ITV2 spin-off later that year and Joe popped the question four years later.