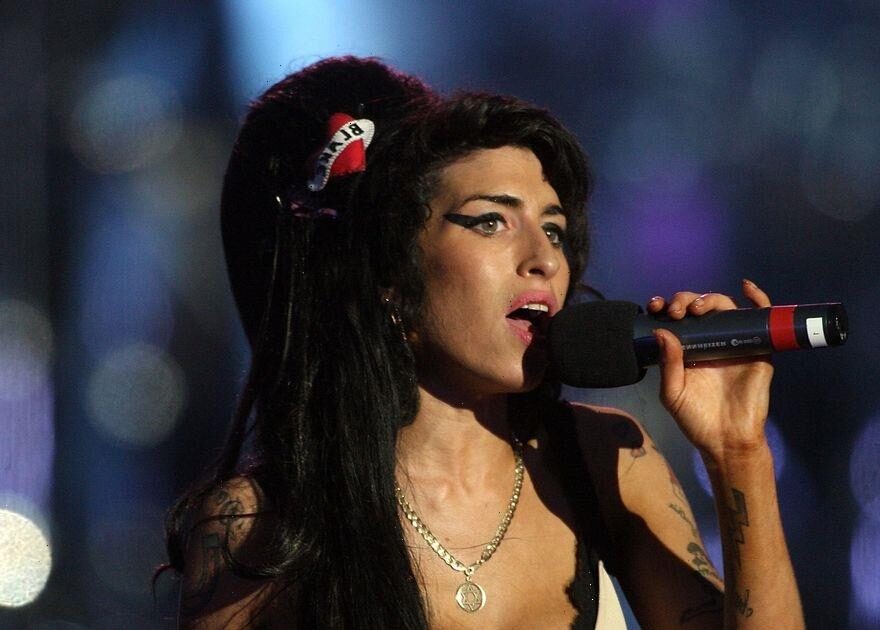 Celebrity deaths are met with heartbreak across the globe.

In the case of Suicide Silence vocalist Mitch Lucker, fans were also left slightly perturbed by comments made by the star in his final hours.

The rocker passed away at the age of 28 on November 1, 2012 after speeding and crashing his Harley Davidson on Halloween night.

A tweet sent by Mitch in his final hours left fans convinced he had foreseen his fate and 10 years on from his passing, Daily Star takes a look at other stars who appear to have predicted their own deaths.

Mitch Lucker's death coincided with Halloween night and a number of eerie circumstances surrounding his passing convinced fans he'd predicted his death himself.

The singer died after losing control of his motorbike and crashing into a pole in Huntington Beach, California.

He was taken to hospital but succumbed to his injuries the next day.

Sharing a link to a photo of himself dressed up as a suit-wearing skeleton, Mitch wrote on Twitter: "The dead are living."

The star's final message kick-started speculation the singer had had some idea of his fate that night.

In an interview four years prior to the crash, Mitch also seemed to predict his manner of death in another astounding coincidence.

Speaking about his young daughter, Mitch told Revolver Magazine: "Well, if I die in a crash, I'm leaving someone behind that's a part of me."

Amy Winehouse passed away at the age of 27 in July 2011, joining the infamous 27 Club legacy of troubled stars who have died at the same age.

Following in the footsteps of predecessors Jimi Hendrix and Janis Joplin, Amy's friend and hairstylist Alex Foden revealed after her death that the star had predicted she too would die at the age of 27.

He said: "Amy always told me she thought she'd become a member of the 27 Club.

"It is heartbreaking that she appears to have gone through with her plans. Amy knew her limits—I truly believe she knew this final binge might kill her."

The Nirvana frontman was found dead in his Seattle home and died of a single gunshot wound at the age of 27.

While speculation about Kurt's manner of death – which was officially ruled a suicide – continued long after his demise, the rocker fortuitously shared an accurate depiction of his own demise with a school friend years earlier.

Kurt said: "I'm gonna be a superstar musician, kill myself and go out in a flame of glory, just like Jimi Hendrix.”

Mac Miller's death at the age of 26 left fans shocked and heartbroken.

The rapper, who dated Ariana Grande, passed away from an accidental overdose in September 2018 – shortly after releasing his comeback album Swimming.

Three months prior to his death, Mac released a music video for his one of the album's lead singles which was called Self Care and the music video depicted the star trying to remove himself from a coffin while smoking.

The video also saw Mac carve the words "Memento mori" into the lid of the coffin with a knife.

The Latin phrase translates as "remember that you will die".

Tupac Shakur died at the age of 25 in a drive-by shooting in Las Vegas.

The rapper had previously survived an assassination attempt and made several predictions that his life would end in gunfire prior to his death in September 1996.

Asked where he saw himself in the future two years before his murder, Tupac told Entertainment Weekly: "Best case, in a cemetery.

"Not in a cemetery, sprinkled in ashes smoked up by my homies. I mean, that’s the worst case."

The rapper also made several eerily accurate references to his own death in lyrics of his songs.

In the track Done Changed with Richie Rich, the star rapped: "I been shot and murdered, can tell you how it happened word for word."

Speaking to Rolling Stone, Tupac's Gridlock'd co-star Tim Roth also said the rapper had predicted he would be shot and killed.

Roth said Tupac had told him: "I think there's a bullet out there with my name on it, man."

John Lennon was assassinated in December 1980 at the age of 40.

The Beatles legend was gunned down by Mark David Chapman in his conspiracy to murder a famous individual and in several instances before his death, the Imagine singer accurately predicted his own demise.

Asked about his band's future during a 1965 interview (via Newsweek), John said: "We'll either go in a plane crash or we'll be popped off by some loony."

In what is to believed his final ever interview, the singer also told Rolling Stone: "I’m not interesting in being a dead f***ing hero."