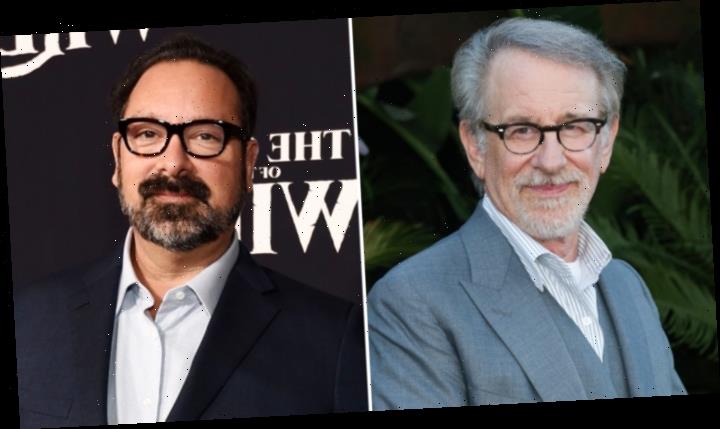 After a long development process, Steven Spielberg is handing the directing reins on “Indiana Jones 5” to another filmmaker for the first time in the franchise’s 39 year history, Variety has learned.

Sources say that while a deal hasn’t closed, “Ford v Ferrari” director James Mangold is in talks to take the job. Mangold has been put in this situation before when he took over the “Wolverine” franchise; 2017’s “Logan” was a blockbuster, grossing $619 million globally, and earned Mangold an Oscar nomination for best adapted screenplay.

Spielberg will remain as a hands-on producer on “Indy 5.” According to a source close to the filmmaker, the decision to leave the director’s chair was entirely Spielberg’s, in a desire to pass along Indy’s whip to a new generation to bring their perspective to the story.

Harrison Ford, meanwhile, is still on the project. The actor recently made headlines speaking about the the future of the franchise while promoting his latest film, “The Call of the Wild.” He told “CBS Sunday Morning” this month that he was “going to start doing ‘Indiana Jones’ in about two months,” and then days later told HeyUGuys that the project is still facing “scheduling issues and a few script things” and that “we’re determined to get it right before we get it made.”

When Disney first announced the new “Indiana Jones” film in 2016, with Spielberg directing and Ford starring, the studio originally slated the film to open on July 19, 2019. Then it was pushed a year to July 10, 2020, and then pushed again to July 9, 2021, when Jonathan Kasdan (son of “Raiders of the Lost Ark” scribe Lawrence Kasdan) was brought on to take a pass on the script after original screenwriter David Koepp left the project.

With a new director coming on board, the possibility that “Indy 5” will push once more from its 2021 release date seems likely. Spokespeople for Spielberg and Disney declined to comment.

This was already going to be a busy year for Spielberg, who is in post-production on his new version of the classic musical “West Side Story,” which Disney will release through 20th Century Studios on Dec. 18. But the most successful director in Hollywood handing the franchise that helped define his career to another filmmaker is nonetheless a surprising development. As opposed to the other movie franchises inaugurated by Spielberg — “Jaws” and “Jurassic Park” — the filmmaker has remained in tight creative control of the “Indiana Jones” films, directing every one since “Raiders of the Lost Ark” debuted in 1981 (and earned eight Oscar nominations, including for best picture).

Still, George Lucas, who co-created Indiana Jones with Spielberg, has retired and is not expected to be officially involved with “Indy 5.” The most recent “Indy” film, 2008’s “Indiana Jones and the Kingdom of the Crystal Skull,” was a global hit, earning $790.6 million worldwide, but it also served as an example of nostalgic excitement for the return of a beloved franchise after many years away leading to disappointment among some fans in the final product.

One thing is clear, however: Mangold has quite a big fedora to fill.